Music Reviews by the Rock Doctor:
BEST OF 2019

In 2019, perhaps more than any other year, I heard a lot of great music and I mean TONS. When I compiled this year’s “Best Of” list the goal was to come up with a Top Twenty, but that proved impossible. I went through all of my 2019 reviews, ending up with an initial list of 78 albums… then the blood began to spill. After more cutting, slashing and bargaining with unnamed deities, the list you are about read was born. My apologies to those left on the cutting room floor; what follows are my best live, soundtrack, tribute, EP and instrumental albums, plus the best 22 records that landed on my desk in the last 12 months. So grab a bag of chips, a six pack, and let’s get to it… 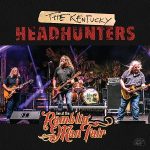 LIVE AT THE RAMBLIN’ MAN FAIR The Kentucky Headhunters (Alligator)
Reviewed in January
Live At The Ramblin’ Man Fair is pulled from a 2016 performance at Ramblin’ Man during the band’s first ever European tour. I’m glad they did; you will be too.
KEY CUT: Have You Ever Loved A Woman 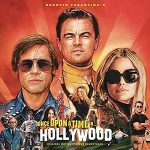 ONCE UPON A TIME IN HOLLYWOOD SOUNDTRACK Various Artists (Sony)
Reviewed in August
Quentin Tarantino’s latest movie- you’ll marvel at how this soundtrack puts the flick up on the widescreen in your mind. It went into the car exactly as is.
KEY CUT: Treat Her Right (Roy Head & The Traits) 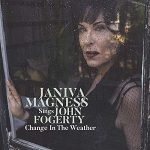 CHANGE IN THE WEATHER Janiva Magness (Blue Elan)
Reviewed in October
Rather than slavishly recreating Fogerty’s stuff, Magness reinterprets some great songs here. If you know John’s work you’ll be well pleased with what she’s done here.
KET CUT: A Hundred And Ten In The Shade 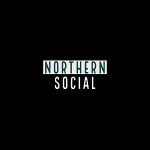 NORTHERN SOCIAL Northern Social (Little Big Records)
Reviewed in October
Northern Social have just released 5 pieces of blues flavoured rock & roll that will have you pounding on the table and dancing up a storm.
KEY CUT: Dead Neighbour Blues 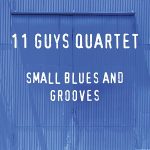 SMALL BLUES AND GROOVES 11 Guys Quartet (VizzTone)
reviewed in December
It’s not often you hear an instrumental blues record as good as this. Small Blues And Grooves is all about fat, juicy grooves. Masterful, understated and just plain cool, this belongs in EVERY blues fan’s collection.
KEY CUT: Sleepless

Count Down to Number 1 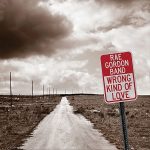 (22) WRONG KIND OF LOVE Rae Gordon Band (independent)
reviewed in December
Strap down the breakables, this is a perfect blues storm. The songs rock, roll and grind with elemental passion and lust. Rae Gordon has just become one of my favorite singers.
KEY CUT: Wrong Kind Of Love 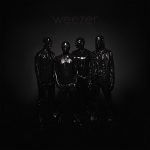 (21) WEEZER (THE BLACK ALBUM) Weezer (Warner Music)
reviewed in March
The proper follow-up to 2017’s Grammy nominated Pacific Daydream. If there was ever any doubt, this is proof that Rivers Cuomo is a great songwriter. This is great pop music.
KEY CUT: Zombie Bastards 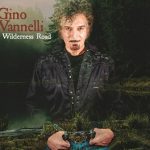 (20) WILDERNESS ROAD Gino Vannelli (True North)
reviewed in March
Gino Vannelli has been a spectacular pop song-smith for decades now, and Wilderness Road does not disappoint. It’s an album of life, love, and gently inspiring songs, one of the very best things Vannelli has ever done.
KEY CUT: Yet Something Beautiful 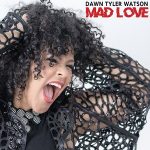 (19) MAD LOVE Dawn Tyler Watson (CALQ)
reviewed in April
Montreal’s Queen of the blues CRUSHES it. Fantastic singer, great songs; nary a false note here on Mad Love. Dawn Tyler Watson has given us one of the best albums of the year in ANY genre.
KEY CUT: Masochistic Heart 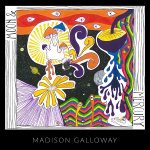 (18) MOON & MERCURY Madison Galloway (independent)
reviewed in June
Madison’s earthy blend of folk/rock and blues with mainly acoustic instruments is utterly charming. Sometimes you have to hear an album a few times to get to know it and find your way in but making friends with Moon & Mercury is effortless, with threads of mystery and intrigue weaving throughout the songs.
KEY CUT: Infectious Eye 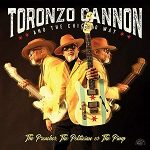 (17) THE PREACHER, THE POLITICIAN OR THE PIMP Toronzo Cannon (Alligator)
reviewed in September
A slice of great Chicago blues here, thick and delicious like the best slice of deep dish pizza you ever had. It’s a muscular set of tunes you’ll want to play for everybody you know- hot, righteous blues made for our times.
KEY CUT: title track 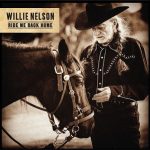 (16) RIDE ME BACK HOME Willie Nelson (Sony Legacy)
reviewed in June
Willie has developed a habit of releasing subtly excellent records lately. And with Ride Me Back Home he rounds out a trilogy of discs about mortality. The overall theme is empathy, and the album is superb.
KEY CUT: Ride Me Back Home 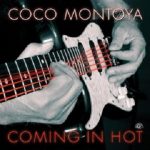 (15) COMING IN HOT Coco Montoya (Alligator)
reviewed in August
The latest album in Montoya’s impressive career is a stunner. For raw blues right from the guts Coming In Hot is about as good as it gets.
KEY CUTS: Lights Are On But Nobody’s Home 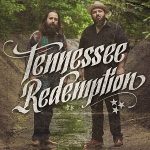 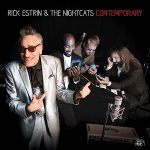 (13) CONTEMPORARY Rick Estrin & The Nightcats (Alligator)
reviewed in September
Contemporary is blues with a wink and a nod, and superior musicianship. It’s not just one of the best blues albums of the year, it’s one of the best in any genre period.
KEY CUT: Contemporary 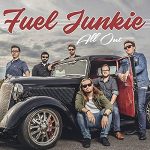 (12) ALL OUT Fuel Junkie (independent)
reviewed in October
A startlingly excellent sophomore disc here from this Montreal-based blues band. They do jump blues, slow grinders and everything in between. All Out definitely kicks the blues up a few notches.
KEY CUT: Get Out On The Road 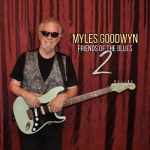 (11) FRIENDS OF THE BLUES 2 Myles Goodwyn (Linus Entertainment)
reviewed in October
April Wine leader Myles Goodwyn follows up last year’s successful (and Juno nominated) blues collection with another stellar volume. Friends of The Blues 2 builds on the success of its predecessor with excellent tuneage.
KEY CUT: I Saw Someone That Wasn’t There (w/ David Gogo) 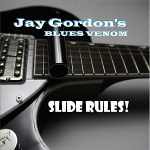 (10) SLIDE RULES! Jay Gordon’s Blues Venom (Shuttle Music/ City Hall Records)
reviewed in December
When I talk about blues being dirty, nasty and down in the gutter, this is the kind of blues I have in mind. It combines the power and aggression of Gary Moore and Johnny Winter for a hellacious, blown out blues experience. Wicked good fun!
KEY CUT: Dockery’s Plantation 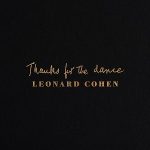 (09) THANKS FOR THE DANCE Leonard Cohen (Columbia)
reviewed in December
This takes vocals Cohen recorded during sessions for his final disc from which his son Adam, at Leonard’s behest, constructed new songs, with help from some talented friends. Thanks is dark, stark and mesmerizing in its beauty.
KEY CUT: Happens To The Heart 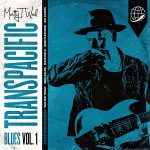 (08) TRANSPACIFIC BLUES VOL. 1 Matty T. Wall (Hipsterdumpster Records)
reviewed in November
On his 3rd album, Aussie guitarist Matty T Wall raises the bar so high I doubt there are many that can reach it. Yes most of these songs have been heard a million times before, but rarely have they been played as ecstatically as on this shit-hot blues guitar extravaganza blowout.
KEY CUT: Crossroads 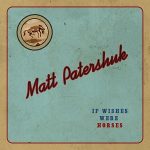 (07) IF WISHES WERE HORSES Matt Patershuk (Black Hen)
reviewed in October
A blend of country and blues out of rural Northern Alberta here that wouldn’t sound out of place in a Quentin Tarantino movie. Its flowing, organic sound makes it an easy disc to get into, the kind of album Hank Williams would’ve dug… maybe Muddy Waters too.
KEY CUTS: Alberta Waltz 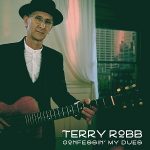 (06) CONFESSIN’ MY DUES Terry Robb (independent)
reviewed in May
Jaw-dropping acoustic blues- that’s the 15th album from this Portland, Oregon guitarist. It’s Terry Robb doing what he does best- leaving us all with a sense of awe and joy with every note he plays.
KEY CUT: Heart Made Of Steel 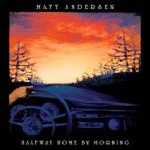 (05) HALFWAY HOME BY MORNING Matt Andersen (True North)
reviewed in March
Halfway Home By Morning is sweat soaked soul meets incendiary R&B with full doses of heartsick Americana. It’s tough to imagine loving an album more than I do this one.
KEY CUT: Something To Lose (with Amy Helm) 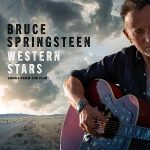 (04) WESTERN STARS: SONGS FROM THE FILM Bruce Springsteen (Columbia)
reviewed in November
As an alternative to touring the record he put out in June, Bruce recorded the songs live with a 30 piece orchestra in a barn on his property, filmed it with stories in between to link the songs to deepen the experience and connection to the music, and releasing it as a concert movie. This really fills my spirit.
KEY CUT: Drive Fast (The Stuntman) 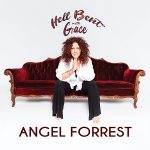 (03) HELL BENT WITH GRACE Angel Forrest (Ad Litteram)
reviewed in November
Hell Bent With Grace is one of the most arresting pieces of work I’ve heard all year. Angel sings with guts and soul the way few others can, a mix of Paul Rodgers, Alannah Myles and Janis Joplin. This is superb.
KEY CUT: Blame Game 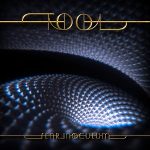 (02) FEAR INOCULUM Tool (RCA/ Sony)
reviewed in September
Fear Inoculum is a hypnotic beast of a record. When I put the headphones on, Fear Inoculum carries me away… impossible not to love an album with that kind of mojo.
KEY CUT: Fear Inoculum 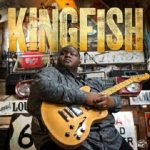 (01) KINGFISH Christone “Kingfish” Ingram (Alligator)
reviewed in April
Listening to Kingfish is exciting and soul cleansing, a blues baptism. That he’s only 20 and this is his first record is absolutely and completely stunning.
KEY CUT: Love Ain’t My Favorite Word