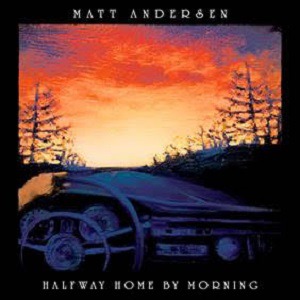 This soulful singer from New Brunswick is back with his tenth album, and it’s a beauty.  Halfway Home By Morning is sweat soaked soul meets incendiary R&B with full doses of heartsick Americana, the likes of which we haven’t heard since early Joe Cocker.  This is a record you will fall in love with.

I’ve had this album for over a month but have not written it up until now at the request of the promo guy.  I’ve been a fan since I first heard Push Record: Banff Sessions, a disc Matt did with harp player Mike Stevens in 2011, and since then each new release has touched me in deep and profound ways.  Recorded live off the floor in Nashville at Southern Ground Studio, used previously by Neil Young, Emmylou Harris and Jerry Lee Lewis, Halfway Home has a warmth and charm of spirit that you can’t help but respond to. “There really is nothing like listening back in the studio and everybody has the same smile on their face over what we’re hearing” Andersen says.  “You can’t fake the vibe of musicians playing together, responding to the choices others are making in that moment.”

Halfway Home By Morning inspires soulful rejuvenation as it looks outward at the anxious state of the world and offering a helping hand while at the same time, searching inward to clarify what really matters.  This music makes you feel better, and it will make you want to be better too.  It’s tough to imagine loving an album more than I do this one. 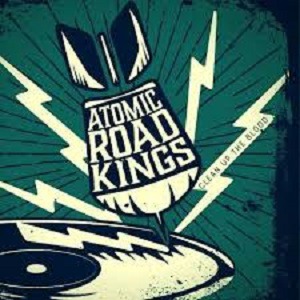 This is the love child of harmonica ace Eric “Jailhouse” Von Herzen and multi-instrumentalist Big Jon Atkinson.  If you’ve been scouting for a real deal blues experience, your search is over; grab hold of Clean Up The Blood.

Atomic Road Kings have set their sights on authenticity and dammit, that’s just what they’ve achieved. Clean Up The Blood was recorded at Atkinson’s own Bigtone Studios, using vintage gear and all-analog equipment from the 40’s and 50’s.  To call this record a 50’s-sounding blend of gospel, blues and rock ‘n’ roll is right on the money.  The mix is mono, which makes Blood stand out against more modern productions.

Big Jon’s vocals are raw and his guitar moody- Von Herzen’s harp playing conjures up many ghosts with his dark and forceful playing, and overall there’s a greasiness to these songs that will thrill even the most exacting blues fan. Also in the band are Bill Stuve on acoustic and electric bass and Malachi Johnson on drums, with a few friends dropping by to lend a hand.

Perhaps it’s because I’m spoiled by the sophisticated production of other blues artists, but my issue with Clean Up The Blood is the lo-fi sound.  Yes I get that the choices made here were a deliberate attempt (and a successful one) to capture a vintage vibe, but why?  These songs have muscle and heart, and I’ll bet they sound better in a live setting. Cool stuff, this, but I really gotta be in the mood to see Blood all the way through. 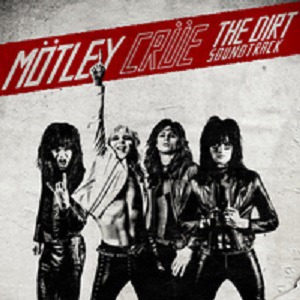 First there was the Motley Crue biography, The Dirt, and now there’s a Netflix movie of the same name.  As they say in advertising “but WAIT! There’s MORE!”  Now we have a soundtrack album including 14 hits and album tracks, plus 4 songs recorded by the band for the movie.  I expect it’s that last bit that will make this baby sell.

The knee-jerk move would be to just do a ‘best of’ album, but The Dirt is a combo of hits, songs that support the narrative of the movie plus the 4 new songs;  The Dirt (Est.1981) (feat. Machine Gun Kelly), Ride With The Devil, Crash And Burn and, perhaps most unlikely, a re-make of Madonna’s Like A Virgin. “During the filming of the movie we got excited and inspired to write new music” Nikki Sixx says. “Getting back in the studio with Bob Rock just fueled the creative fires for us.  To me, the music sounds like classic Motley. The lyrics were written for the movie and are a reflection of our life.”

I’m not the biggest Crue fan but I do have most of their albums and I remember the 80’s fairly well- despite frequent periods of being floor lickin’ drunk. Some great songs here for sure but I already have most of ‘em in my collection.  As for the 4 new tracks?  The title cut is poppy but likeable, Ride With The Devil and Crash & Burn have a heavy crunch, and the Madonna remake is enjoyable.  Motley Crue tours no more but The Dirt, movie and soundtrack, will keep the band in hearts of fans for months to come.

KEY CUTS:  Dr. Feelgood, The Dirt, Ride With the Devil, Like A Virgin 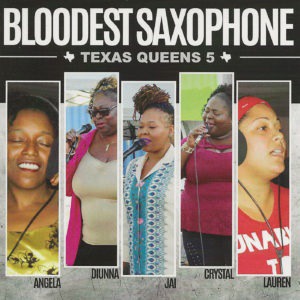 This disc could’ve easily been called “When Worlds Collide”.  This is a meeting of the minds between a Japanese jump, blues and swing band with five bad-ass chick singers from the Texas R&B scene, and the results are damn sweet.

Bloodest Saxophone has been playing old school vintage sounds since 1998, when Young Corn Shintaro established the band with the ambition of ruling the world by  saxophone. The idea of combining these guys with big female voices from Texas was kick-started by legendary Austin record man, Dialtone Records’ chief Eddie Stout.  He got Bloodest to play their asses off at Austin’s Eastside Kings Festival, then got everyone into the studio real quick.  The result; Texas Queens 5.

This has an energetic sound and it feels like it was recorded on the fly, in short order. Bloodest has an infectious sense of swing in their playing and the singers, none of whom I know, bring their A game to the mic.  The songs are covers, from blues standards like I Just Want To Make Love To You to Walking The Dog, and the playing has an unhinged sense of joy.  The last time I heard something even close to this was Joe Jackson’s Jump ‘N’ Jive in 1981.

Other than the cross cultural pollination going on, I don’t think there’s anything deeper happening than a seasoned band getting together with some great singers to cut some spirited sides.  If that’s all I get from Texas Queens 5, that’s more than enough, 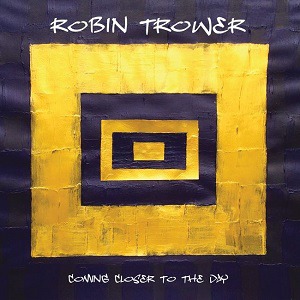 I make this to be Trower’s 23rd solo album, and it’s terrific.  Full of heartfelt blues and subtle guitar playing, Coming Closer To The Day impacted me like David Gilmour’s solo records do- and that’s a VERY good thing.

I take the title of this disc to be a comment from the 73 year old guitarist on the approaching end of his career as well as the finiteness of life.  Of the songs included here, on the label website Trower comments “I think that I’m drawing much more from my roots now, rather than shying away from them. I’m not worried about what the music is- or what people might think of it. I’m just doing this out of the sheer joy of doing it.  My passion for guitar now is stronger than ever.  It’s still a great thrill, just to play.”

The late James Dewar was Trower’s singer and bassist on earlier stuff, but James passed away in 2002.  On Coming Closer To The Truth Robin handles all the instruments except the drums. Unlike some other guitarists, I like him as a singer too- he sounds like a cross between Bill Durst and Billy Gibbons, which suits the bluesy material well. Not a ton of up-tempo stuff on this disc, the overall vibe reminds me of Bridge of Sighs and that suits me just fine. Songs like the title track- and indeed most of them- have a really fluid feel that’s easy to fall into and enjoy.  This is music to heal your soul by. 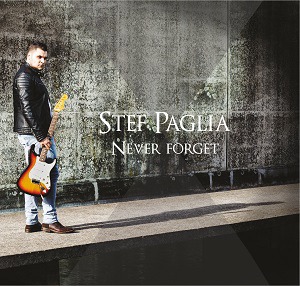 BluesBones guitarist Stef Paglia is stepping out here with his solo debut. Never Forget is a rockin’ blues adventure loaded with muscular, enthusiastic playing and a decidedly funky attitude.  Oh yeah- this one really cooks!

The band here is Paglia on guitar with Geert Schurmans on bass and Joel Purkesson drums.  Never Forget was produced by Wayne Proctor, recorded at Superfly Studios in England with mixing and mastering at House of Tone Productions at Y Dream Studios in North Wales.  Sonically speaking, this is one of the best sounding albums you may ever hear- a good, tight low end, nice bite to Purkesson’s snare drum, and great tone on Stef’s guitar throughout. It was partly financed via a successful crowd funding campaign on Hello Crowd, so plenty of people believe in Stef and his band.

Never Forget is a blues album that rocks, and it’s a fairly personal project for Paglia too.  “After my father passed away in 2014 I was brutally thrown into the real world” he says. “Thanks to him, I got hooked on the blues and started playing the blues.”  He shares the creative credit here with someone else too.  “In 2015 I met my girlfriend” Stef notes. “She wrote most of the lyrics and she is the driving force and steady rock in my life.”

Never Forget is tightly and energetically played, with an emotional centre that speaks to us all. Producer Wayne Proctor puts it best when he calls Stef “a truly world class guitar talent, with a blues heart and an insanely creative spirit.”  Now you know- buy this album.

KEY CUTS:  Dirty Woman, Watch Out, Warmth Instead Of Cold