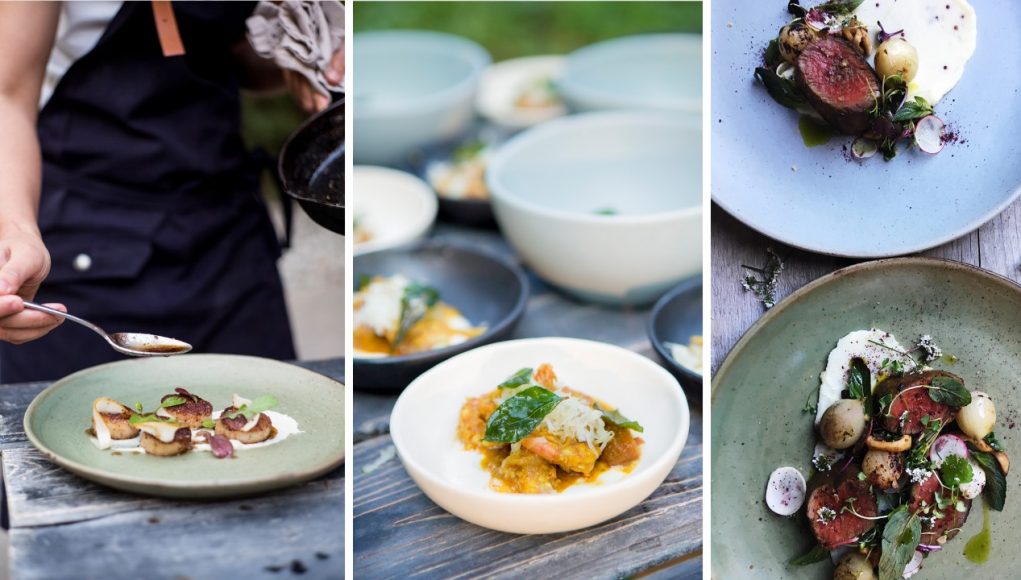 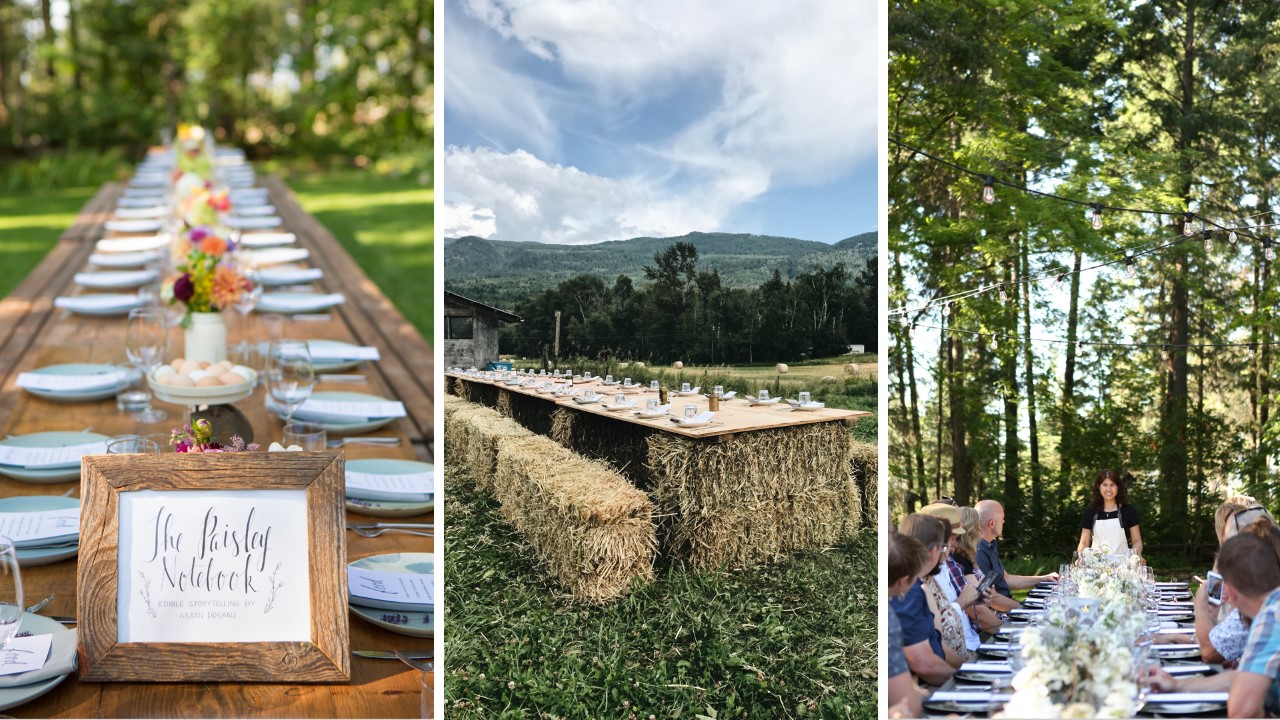 Criteria include innovation in showcasing authentic culinary experiences within their region or destination; exemplification of Canada as an international culinary destination; promotion of quality Canadian food or drink products; and contribution in promoting regional tourism experiences.

Says Aman Dosanj, The Paisley Notebook creator, former Poppadoms owner, and Western Living Magazine ‘Foodie of the Year’ 2015, “My project is all about creating community one pop-up dinner at a time, putting the value back into food and shining light on our farmers with what it means to support local. It was cool for my project to win, especially as I don’t typically fit into a category – sometimes the underdog does win. I’m excited for 2019.” 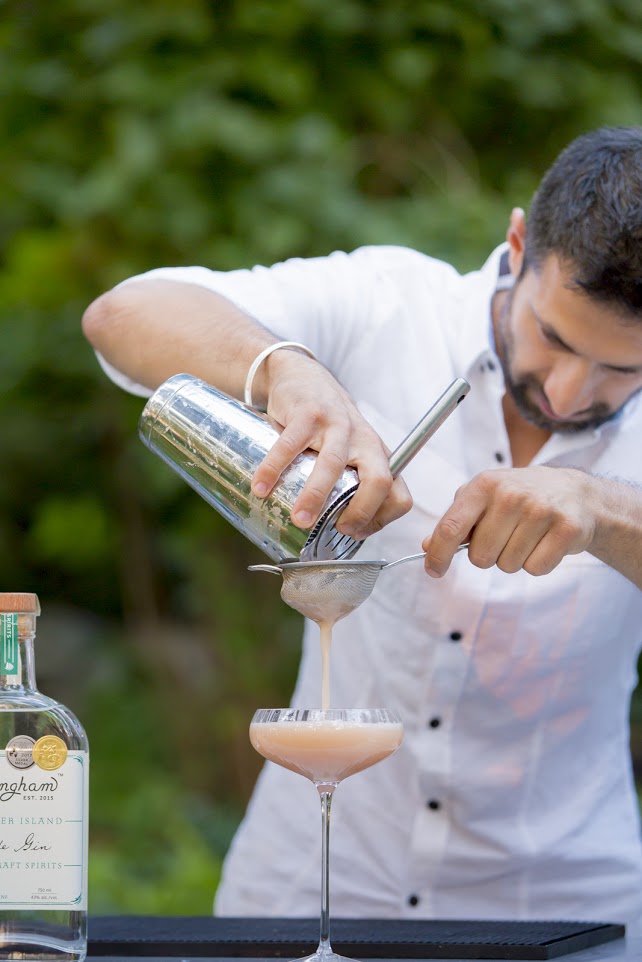 The accolades reflect well on Aman’s energy and on the food and beverage culture in Kelowna. In the Okanagan, the culinary scene is in good hands.

From my first meeting at Poppadoms restaurant in Kelowna I was smitten with the Dosanj family. I still recall the intriguing mix of spice such as cumin, garam masala, and red pepper that tickled my nostrils. Their restaurant was warm and welcoming. Each member of the Dosanj family and their staff went above and beyond in making diners happy. When they announced they were closing it down, my heart skipped a beat. It wasn’t going to be easy to find Indian cuisine elevated to the level they had taken it.
Resuscitation was quick, however, when I learned of the many initiatives planned to leverage the unique skills of each family member. 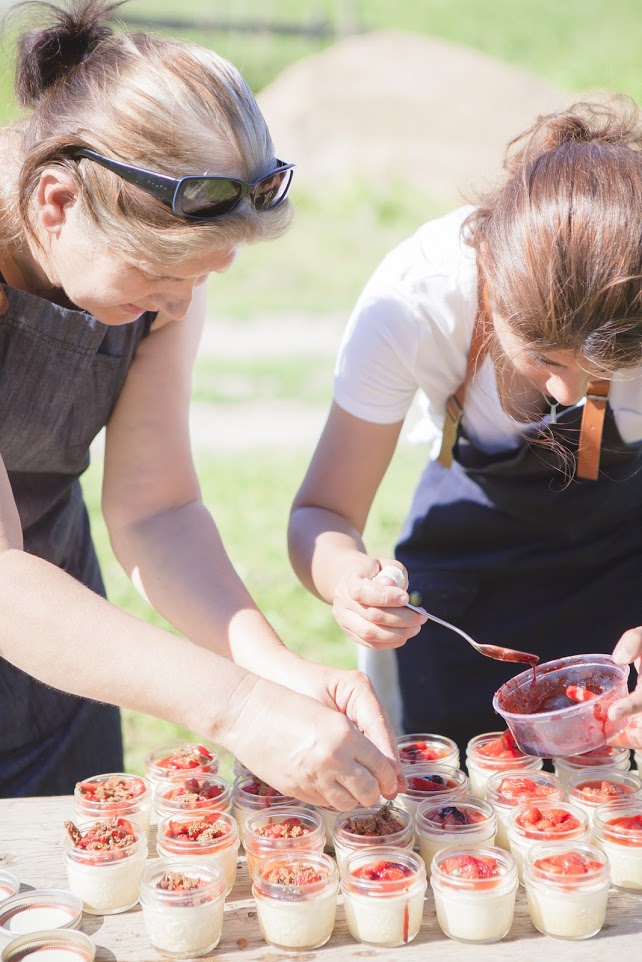 While no longer a brick-and-mortar restaurant, Poppadoms continues to feed the Okanagan with seasonal and local Indian food that’s fresh and wholesome, with Jas Dosanj’s own spice blends and homely recipes. You’ll find her and husband Serge at the Kelowna Farmers’ and Crafters’ Market and Poppadoms sauces in One Big Table, Sunshine Market, and Nature’s Fare, too. Plus, watch for additional locations by following @poppadoms on Instagram. Frozen meals, catering, and monthly cooking classes also keep Jas busy. Cooking class dates 2019 are January 16 and 23, February 14, March 20, April 17, May 15, June 19, July 17, August 21, September 18, October 16, November 20, and December 18.

More information can be found on the Poppadoms Facebook page. Born and raised in New Delhi, India, Jas came to Kelowna in 2008 from Southampton, England to open Poppadoms in 2009. She has led culinary tours of India to share her love of it as well as introduce travelers to its diverse culinary persuasions.

When Poppadoms closed, Aman embarked on a 7 1/2 -month culinary adventure of the world to write about how food connects us. Anecdotes from her unique adventures have been generously shared through her blog posts and The Paisley Notebook pop-up dinners developed upon her return. By the way, through her special initiatives, Aman has raised over $35,000 for local charities between 2017 and 2018. She also dared to partake in some Canadian adventures such as hunting and preparing the catch at the campsite. See for yourself, Aman appearing in episodes of James Beard nominated series, From The Wild with Kevin Kossowan and Jeff Senger.

In February, the first of her Artist Series is launched at the Laurel Packinghouse in partnership with Kelowna Museums Society. Tickets sold out quickly, so you’ll want to act quickly when the next two in this series are confirmed. Tip: Tickets are always offered first to the insiders’ group so get on the email list. 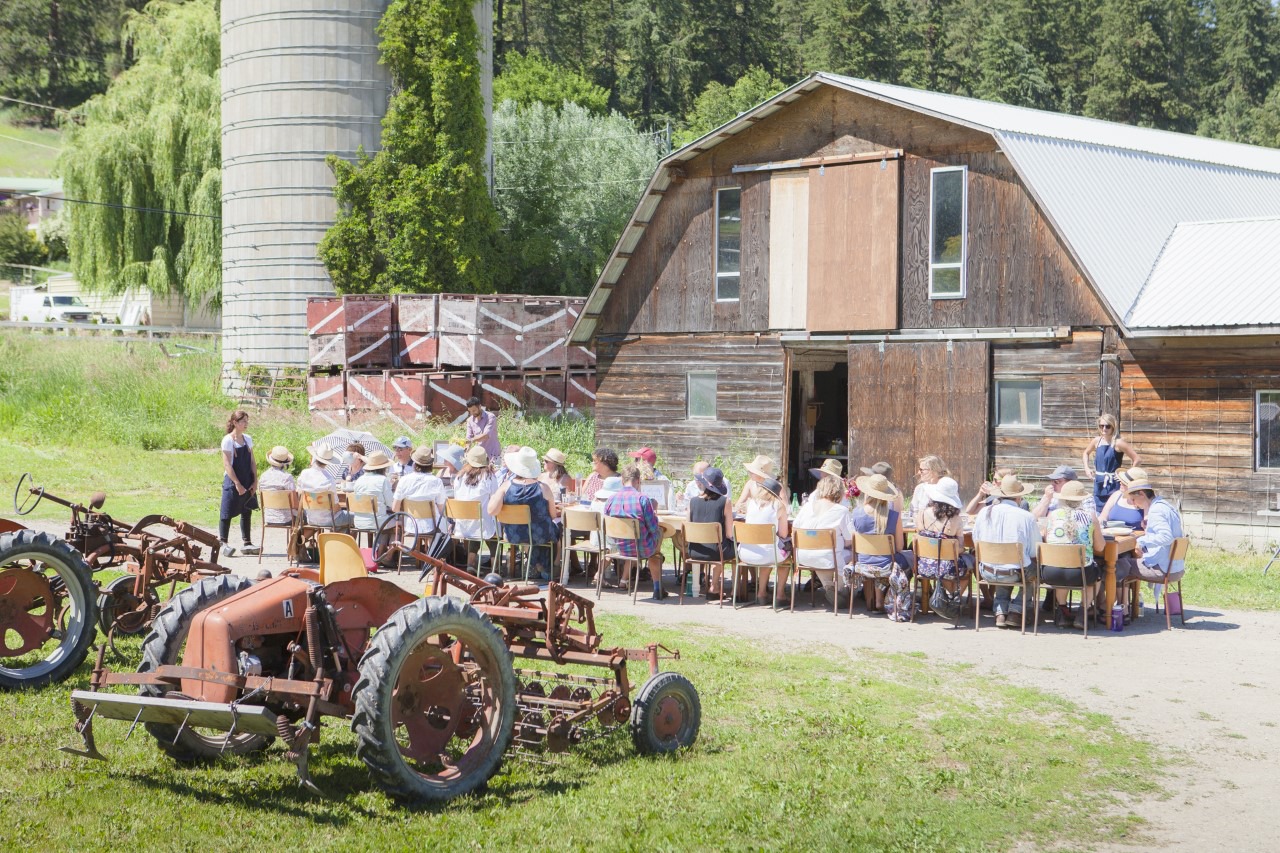 Brother Harry Dosanj is a key part of such initiatives. An award-winning bartender, he continues to bring fans like me great joy in his creations at local bars such as the Hotel Eldorado Kelowna, in competition, and at the pop-up dinners. He, too, has founded his own company, Bar Travelling Man, where his gifted services and cocktail classes can be accessed.

Aman, too, has a separate fulltime job in Kelowna. That she masterminds and prepares these pop-up dinners in her spare time is a marvel. I get tired just hearing about her latest plans. Talented sister Jasmin is a Sommelier now in Vancouver and enjoying the tasty opportunities that affords.

While it’s hard to see favourite restaurants like Poppadoms close, it’s exciting to see what the talented Dosanj family is up to next. Their exotic flavours continue to wow fans like me.

NOTE: All photos owned and provided by Aman Dosanj with credits as follows: The majority are by Thuy Tran Photography. The image of the scallops was by Lia Crowe at Boulevard Magazine and another image at Caldwell by Jessica Zais Photography.