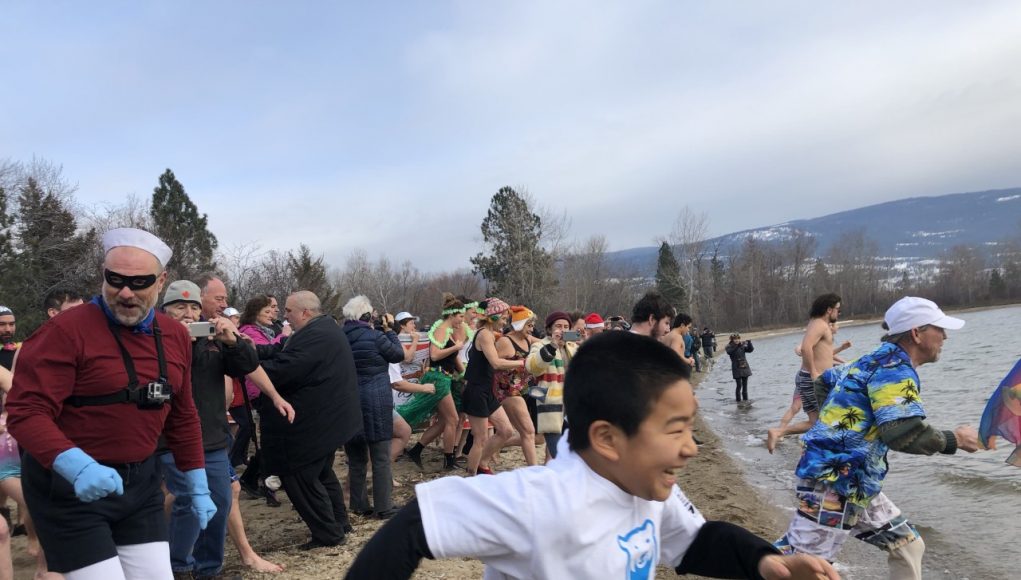 More than 100 brave, crazy souls started out 2019 with a splash in Summerland New Year’s Day.

With temperatures hovering around zero degrees Celsius and snow and ice on some parts of the sand, dippers gathered around the bonfires to ready for their swim.

At the strike of noon, kids, teens, and adults of all ages and costumes ran into the lake, some dunking their heads under the water.

There was the Sponge Bob guys, the Budweiser cans with team name “the Buds,” Hawaiian skirts and New Year’s hats.

One 79-year-old woman donning a fancy hat decided to take a second dip.

Penticton Search and Rescue were in the water just in case someone became too cold but luckily there were no rescues.