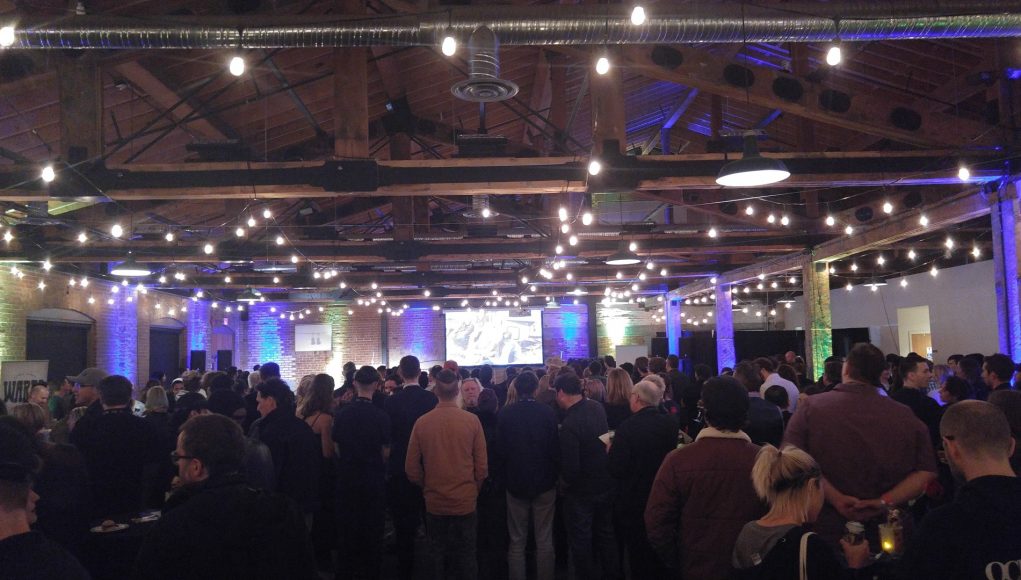 My head was spinning with information. My belly was empty. And after settling both, I headed over the Laurel Packing House for the Western Canadian Music Alliance Aritist Awards held concurrently with BreaktOut West 2018, in Kelowna last night.

The event was star studded and hosted by CBC’s Afterdark host Odario Williams with music by DJ JGirl. Announcements were mostly streamed in on previously recorded footage and presenters included the likes of Jann Arden, Bryan Adams, and a sweet little live interlude by Kelowna local kid’s band the Oot n’ Oots.

Awards will be officially announced here after the rest of this weekend’s conference discussions and festival.