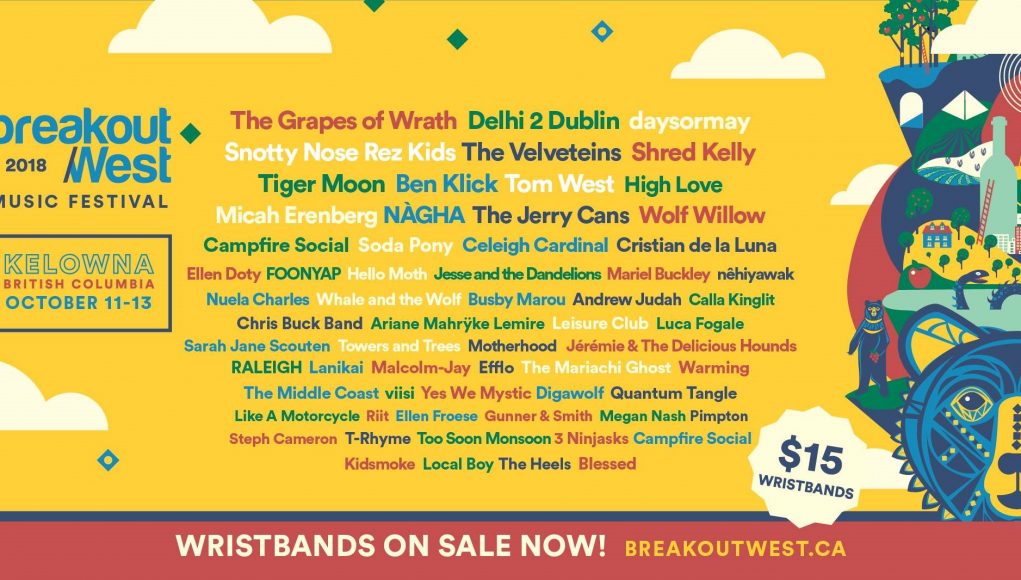 Gonzo Okanagan is hosting the stage at
The Grateful Fed during BreakOut West,
and the lineup is stellar.

You’ve probably already heard that the West-Canadian music conference and showcase BreakOut West is coming to Kelowna next week. You may not have heard that we here at Gonzo Okanagan are hosting one of the stages for the weekend! We will be posted up and hosting the stage at The Grateful Fed on Friday & Saturday night to introduce you to the artists performing! Wristbands are a steal of a deal at $15 for the whole weekend – and with showcases all over downtown Kelowna from Thursday through Saturday night, that $15 could take you a long way into the Western Canada music scene.

It’s no secret that BreakOut West hosts the West Canadian Music Awards, and that they only pick the cream of the crop to perform each and every year. We will be hosting the hardest working acts in the scene today, and we’d like to take this opportunity to introduce you to the acts we’ll be personally hosting down at The Fed on Friday and Saturday night. We’ve included brief descriptions of each of these unique and powerful artists, as well as a little bit of homework for you before the big showcase. The following artists will be showcasing for you and some of the world’s top presenters on Friday night, so you can expect them to be at their absolute best. Now, on to the artists! 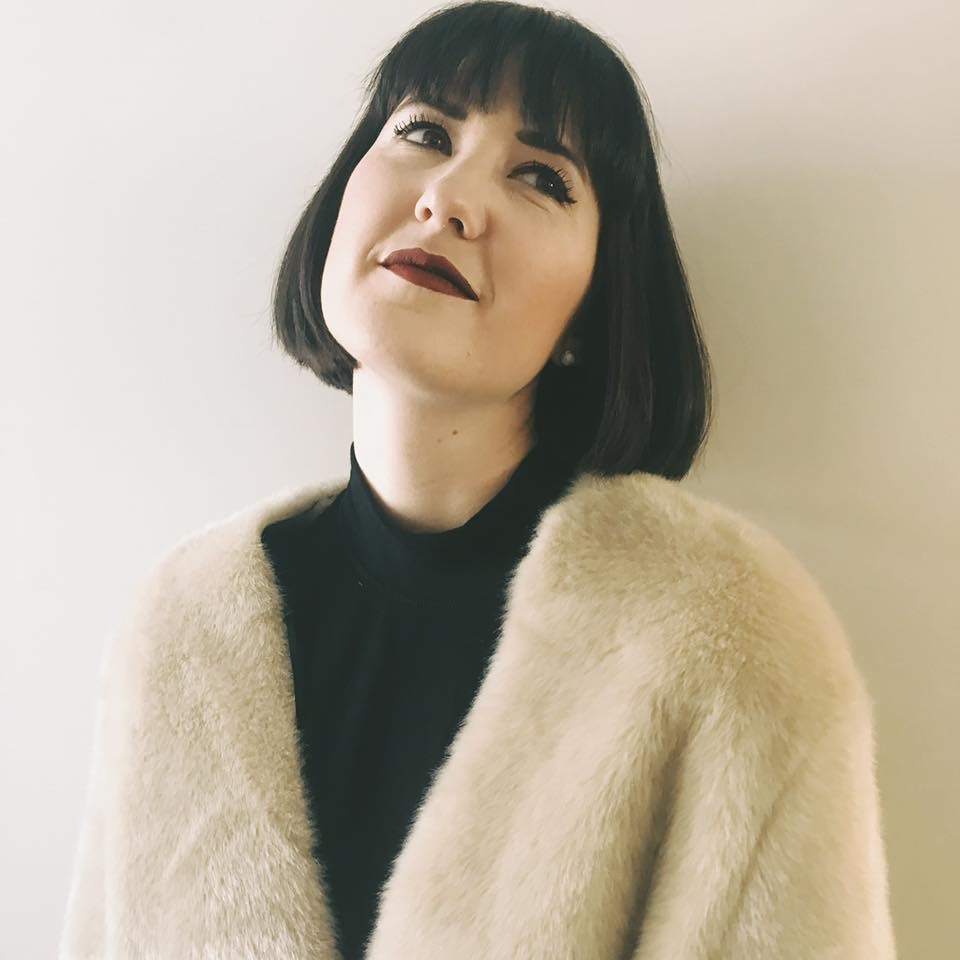 With a sultry voice all her own, Alberta jazz & soul songstress Ellen Doty kicks off our Friday evening showcase at 8:45pm. Jazz fans may recognize her name, as her most recent record Come Fall debuted at #1 on the iTunes jazz charts, and she collaborated with The Dudes front man Danny Vacon for her hit single Favourite Sweater. She flawlessly slides between impeccably clean and a breathy, romantic tone in her voice as she moves between songs on this release. Her first full-length release Gold came out in May 2014 and cracked the top-ten in jazz charts across Canada, including CFBX and CFMU radio. Originally based in Okotoks, Alberta this wonderful artist now operates out of Calgary. We’re so excited to be hosting Ellen Doty as our first artist of the showcase Friday night.

Homework: Follow Ellen Doty on Spotify below… Definitely have a good listen through Come Fall, and spend an extra couple spins on Favourite Sweater. 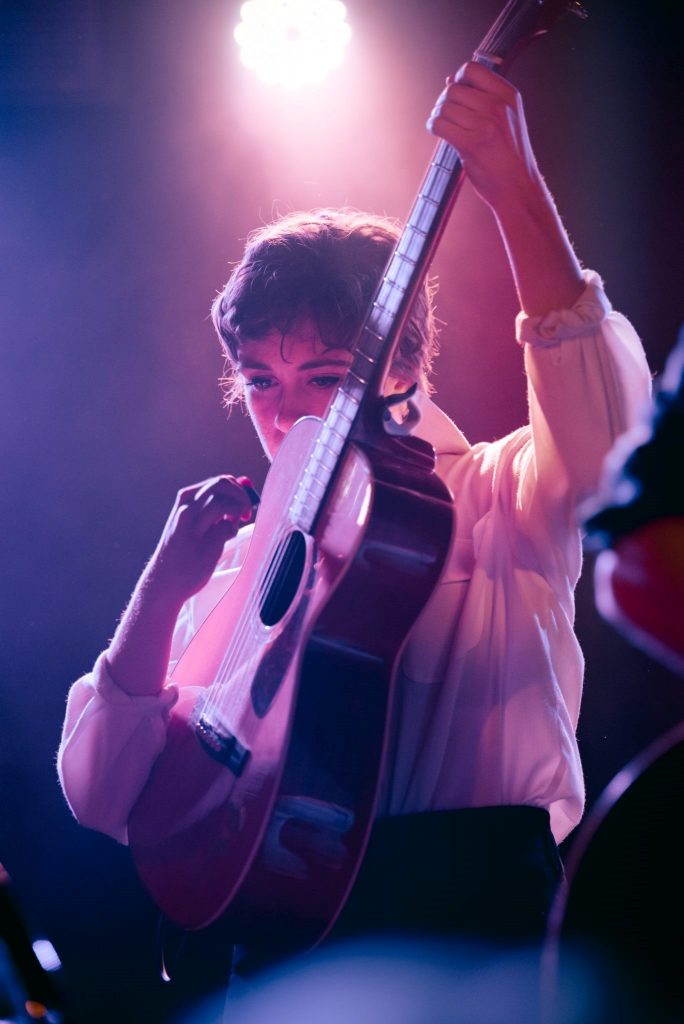 We have a pair of Ellens kicking off our showcase on Friday night! Ellen Froese is also no stranger to the stage at The Fed – she has performed here in the past and left a lasting impression on many of The Fed regulars. This Saskatchewan roots artist writes clever tunes that seem to gorge directly from the heart on her sleeve. With a smokey vibrato in her voice she delivers fantastic original selections that harken back to her roots growing up in a Mennonite family on a dairy farm in Saskatchewan. The lonesome wail of her harmonica on I Wish I Had A Foot-Long Cigarette will tug on your heartstrings and pull your attention directly to every single word she sings.

“She’s honest-to-god one of the best writers I have ever heard,” said local musician & producer Isaac Balson after seeing her last performance at The Fed. This will be a stellar set to see on Friday night and we’re honoured to be hosting Ellen Froese.

Homework: Follow Ellen Froese on Spotify below… Listen through her self-titled release and circle back to re-listen to I Wish I Had A Foot-Long Cigarette and Cannonball Blues. 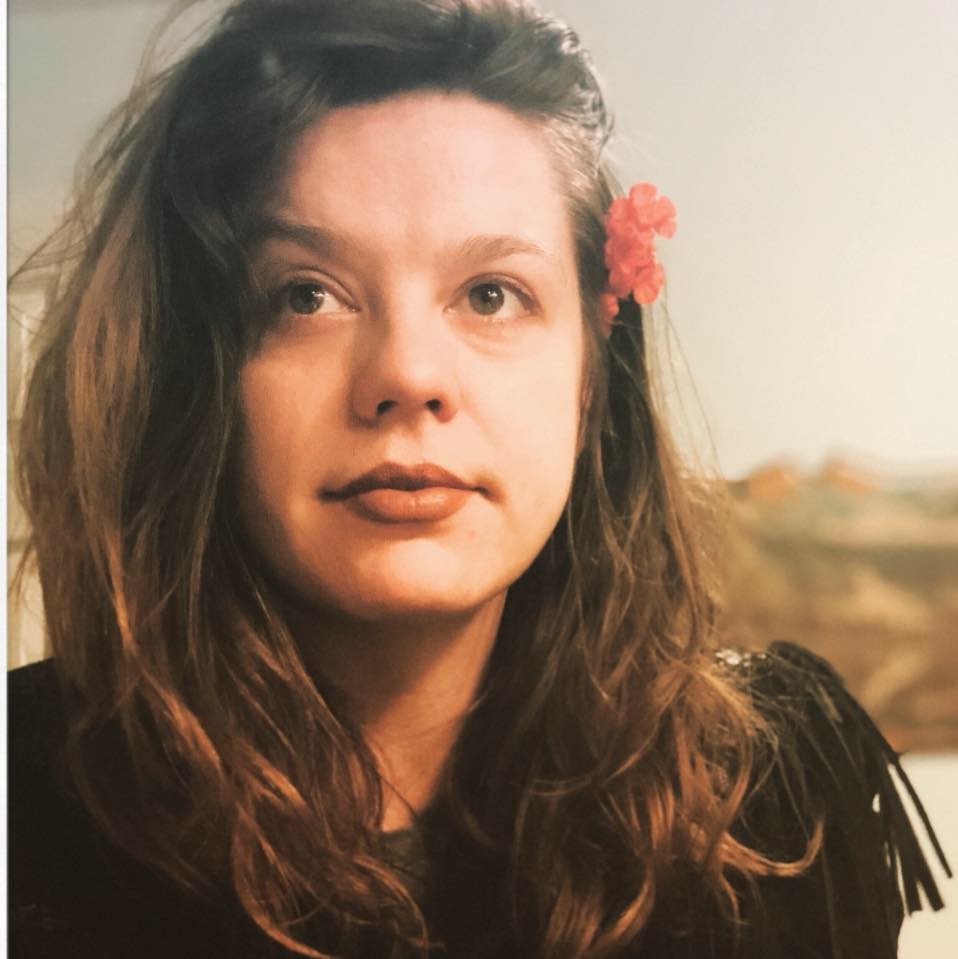 We have another Saskatchewan artist checking into The Fed on Friday night. We’re pleased to introduce you to Steph Cameron, a folk roots songwriter who has been working hard to get her songs out to ears across the globe. With a writing style similar to legend John Prine, her tunes drip with attitude and confidence. In no way are this folkstress’ tunes predictable – instead they take winding backroads to get to the end of each song. Cameron’s second album Daybreak Over Jackson Street dropped in 2017 and has earned hundreds of thousands of plays online, and her 2014 release Sad-Eyed Lonesome Lady dropped to massive critical acclaim, earning accolades from Exclaim!, Pop Matters and No Depression.

This artist is an experienced road warrior. She has earned her miles already with a tour to Europe and back under her belt and another coming in 2019, and lots of touring through Canada.

“Sad-Eyed Lonesome Lady fights from start to finish. Steph Cameron is the real deal,” quoted Exclaim! As one of the few monthlies that still write album reviews, this is incredibly high praise. We here at Gonzo couldn’t me more stoked to be hosting Steph Cameron on Friday night.

Homework: Follow Steph on Spotify below, and listen through all of her releases. This writer’s favourites are Young And Living Free and Railroad Boy. 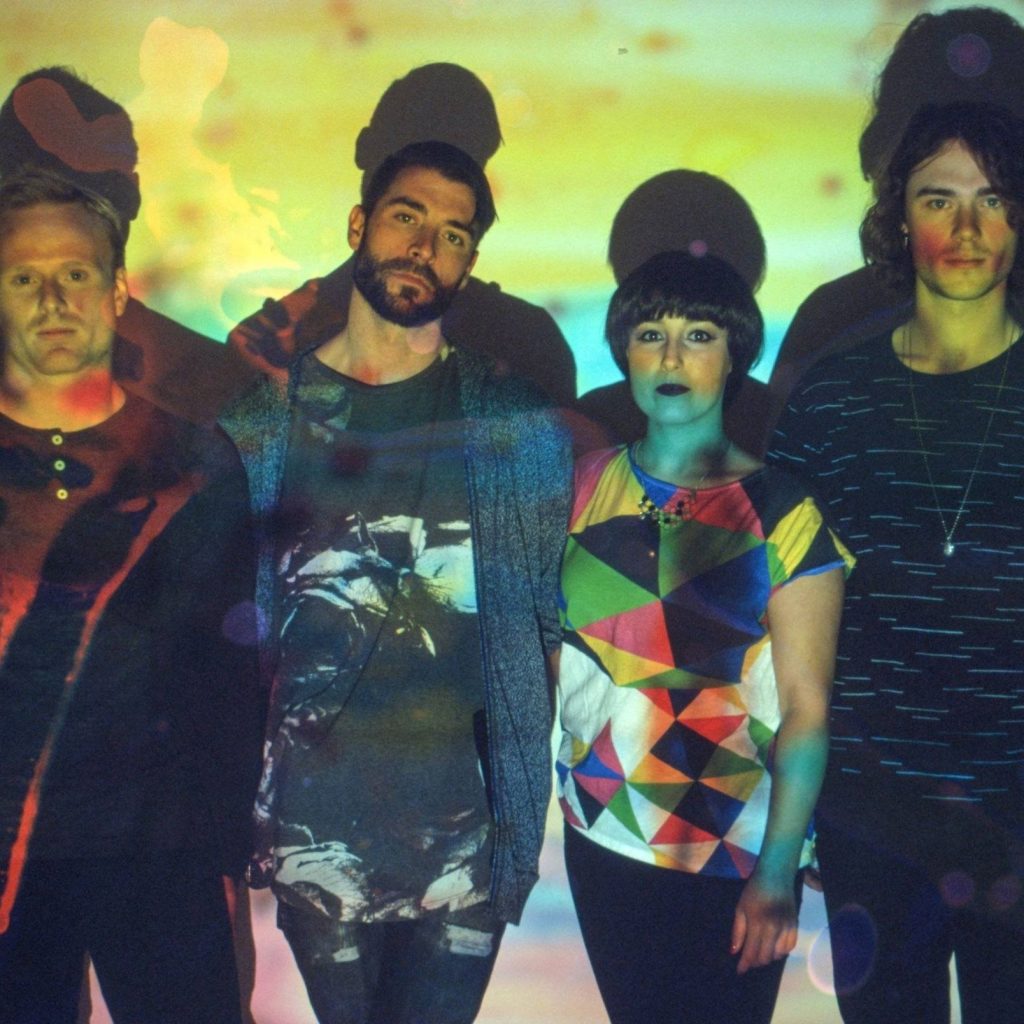 Self described as “Indie rock, damaged by art, delicate and exposed but intimately pointed,” RALEIGH is an Alberta quartet with a sound that’s been gathering attention for a few years now. The foursome’s instrumentation includes a cello, electric guitar, and drums & bass and is an ambitious and modern production of pop music. At once artistic and fluid, the production on their 2017 release Powerhouse Bloom escorts the listener along a sonic journey – best listened to from first track to last track. This writer feels a little bit of Sonic Youth in their music, but with a few more mathematical breakdowns in the tunes and hopefully a healthier lifestyle.

This is not pop music as you would expect it – RALEIGH’s music is totally unique and defies expectations. We can’t wait to see what this crew brings to us on Friday night!

Homework: Start out by listening to Raleigh’s most recent release Powerhouse Bloom on Spotify below and listen while you drive at night, and then when you’re ready for it jump down to check out their cover of Frank Ocean’s Ivy. But you probably shouldn’t stop there – ‘cause it’s all really good. 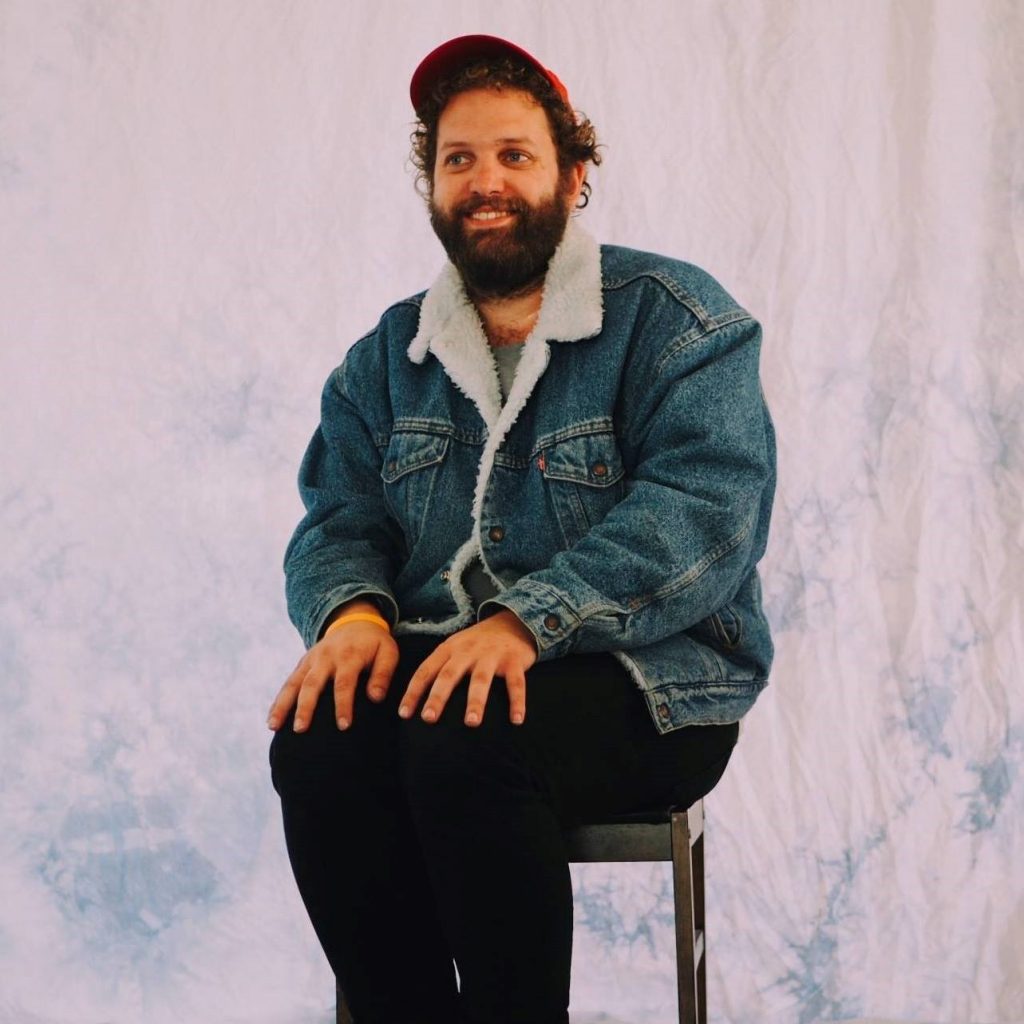 Tom West’s tunes are purposeful, driving folk music out of the Adelaide Hills in Australia. His voice is unique and instantly recognizable – a soft tenor with a gentle vibrato. He has two singles released in 2018 and they each pack a new punch, beyond his earlier more gentle releases. Recording back home in Australia and receiving production assistance from Collin Pastoire in Nashville, his 2018 releases are a slight step away from his previous releases, dating back to 2013. He’s had tunes featured on a number of Spotify playlists and ad spots – so it’s very possible you’ve already listened to this songbird. Tom is another road warrior in our lineup at The Fed on Friday night, with extensive touring experience in Australia, Europe and the Americas. He is a story teller and an incredibly relatable song writer – and he will be a treat for you to catch at the end of our showcase on Friday night.

Homework: Definitely start with Tom’s most recent releases King Cambyses and Got It Cheap to hear the new material he’s been working on, and then just hit “shuffle” on Spotify below.

Well, there you have it folks! The first 5 artists that we are incredibly pleased to be hosting down at The Grateful Fed for BreakOut West on Friday, October 10th. Remember to get your wristbands – they’re only $15, and we’d love to see you out there!

Next Week: Night two of our showcases, including more homework for you to follow up on before you get to the showcases!