Home GO! - Music General TURNSTILE: Welcome to a thrashing of the new 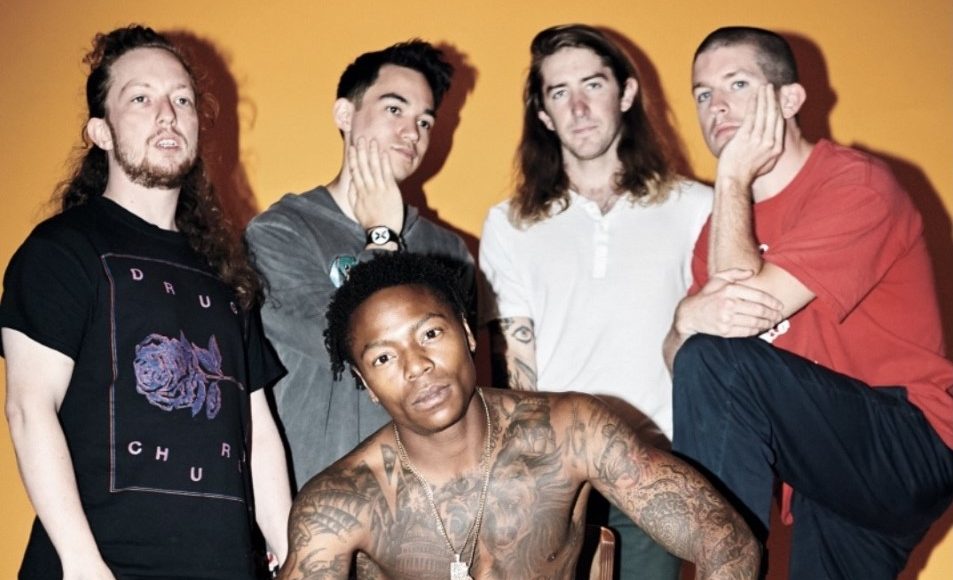 Welcome to a thrashing of the new

This is not really a review, but a confession of sorts. Turnstile is a new band for me. A new discovery. An old friend of mine, who is as much of a music nerd as I am, came across Turnstile’s latest EP and sent me their brilliant music video, ‘Turnstile Love Connection’ (TLC). He said, “I think you’ll appreciate this,” and you know what? I did. Big time.

Turnstile is described as a thrash punk rock band out of Baltimore, Maryland and, ya, if you watch their slew of online live performances, you’ll see moshpits pulsating with rowdy, young viggor erupting from everyone in attendance. I’ve NEVER seen so much stage diving during one two-minute song in all my life.

I, however, have a hard time putting these guys in any kind of a box. I can’t call them any one thing because that label just don’t stick. There is no better example of this than their collaborative work with Mall Grab on their 3 song, 2020 EP, `Share a view.’

You think you’re going to go down a road and you realize you’re now where you’re supposed to be. You have your adidas sneaks, your torn jeans and favourite Black Flag T-shirt on but you’ve ended up in a disco, not at the bar. The beats are a deep house blended into a fusion of dirty bass, a sprinkling of synthesizer and both the repetitive lull and scream of Turnstiles lead vocalist Brandon Yates. Songs like ‘Yes I need my Generator’ and ‘The real thing,’ which to me sounds like a new take on NIN’s ‘Closer,’ blends beefy bass beats and rising harmonics, keyboards and that screaming whale of Yates. It’s reminiscent of Raised Fist but softer. It works and it’s so far removed from the punk rock thrash of the bulk of Turnstiles 2021 release ‘Glow on.’

Have you seen the TLC video? I watched it and then I watched it again. And again. A video hasn’t taken me in for such a ride like this since Childish Gambino hypnotized the world with his video, ‘This is America.’

The genius of the video feels both new and old. It looks to have been shot on film, not video. There is a theme of youth strewn throughout it, from the energy of the band performing in an abandoned high school stadium, to the running youth slowed down in slow motion, running through the music video. There is an interlude with the song, ‘No surprise.’ It’s like a scene cut from a Wes Anderson sketch with a young man singing if again, in slow motion. He sings on the railing of some sort of tree house and a woman emerges from the doorway, walks down the walk and throws herself over the edge and drops out of sight as the next song begins.

The album of Glow On is filled with fast paced bangers like WILD WRLD, (even the misspelling of world speaks to their generations presence in the music, lol) you have songs like ‘Lonely desires,’ ‘New heart designs’ and ‘Endless’ that will not only have you banging your head and driving a little too fast down the highway, but they’ll have you dancing as well. There’s some kind of anthem in their music. There’s an essence of being young and wild. Songs you can sing to. Dance to. Thrash to.

Of all the music I’ve come across so far in 2021, Turnstile has made the biggest impact. I even see them added to mega music festivals like Knotfest where the young rockers would rub shoulders with acts like Lamb of God, Megadeath, Trivium, Gojira and Slipknot. Anyone who tells you that this band hasn’t made it’s impact, politely as you can, tell them to give their heads a shake.

Turnstile has absolutely blown me and my friends away and, as I have my doubts about live music returning to its full potential anytime soon, I am personally going to keep this album on repeat. It has a gravitational force to it and I am going to hope that when bands are once again returning to our remaining venues capable enough to host such a powerhouse of a band, I’m in attendance and able to throw myself from the stage and into the crowd because there’s just no other way to experience their show. Well done, Turnstile, I hope to photograph your band and have a chat here in Kelowna, one day soon.