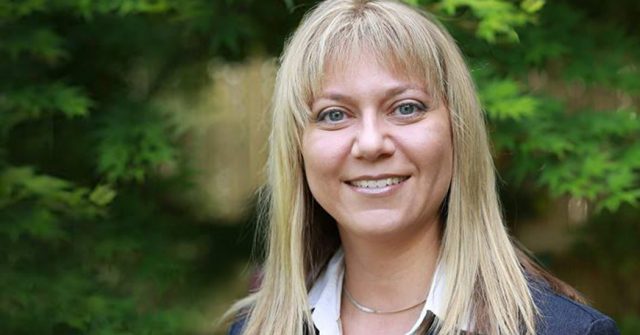 Kelowna City Councillor Tracy Gray officially announced Thursday she is seeking the nomination as the Kelowna-Lake Country’s Federal Conservative representative in the upcoming federal election. The  48  year old told the supportive crowd of more than 200 gathered at Sandhill Wines that the Conservative party was prime for retaining its role in representing Kelowna -Lake Country residents in Ottawa.

Gray’s pursuit of a federal job means she will not be able to run for re-election as a Kelowna City Councillor in the October municipal election.

“My goal is to ensure that the place where I have deep roots, been a mother, built businesses and served my community, the place that I call home, has an engaged voice to bring our residents’ worries and opportunities to Ottawa, not just messages back from Ottawa”

Gray says here experience on City Council and in business will assist her in good decision making as a future MP. “I’ve had the privilege to learn, and work with a number of experienced and respected elected leaders in different jurisdictions at all levels of government and value their mentorship.”

During her tenure since 2014 in public civic service, Gray served in many different capacities including the following Board of Directors: Board Chair Okanagan Basin Water Board, Okanagan Film Commission and as Governance Committee Chair, Regional District of the Central Okanagan, Kelowna Chamber of Commerce, Regional Hospital Board and Okanagan Regional Library District Trustee.

Gray is a national award winning successful small business woman who was ahead of the curve aligning her passions for British Columbia wine as a local VQA wine retailer and industry advocate. She has also been involved in several companies in different sectors including technology, importing and financing. Added to her experience includes sitting on a Regulatory Tribunal Transportation Board in BC for two years and being on the Board of one of the largest credit unions in Canada for nine years.

In addition Gray has garnered a number of awards including: