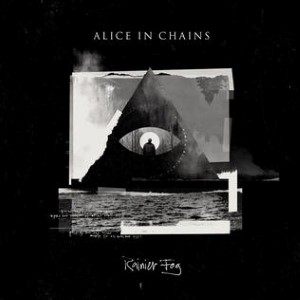 This new album from one of the last grunge bands standing is a beaut.  Rainier Fog is AIC’s 6th record, 3rd with singer William DuVall.  It’s also their 3rd collaboration with producer Nick Raskulinecz (Rush), and it’s a great sounding rock album.

For some it will never be AIC without Staley, but he died in ’96.  Then as now vocals include harmonies and leads by Jerry Cantrell, so the sound is similar.  Rainier Fog is classic grunge; plodding, sludgy grooves, heavy guitars, more heavy metal than anything.  Drummer Sean Kinney is what really makes this work;  I love his feel, a deceptively relaxed playing style where he can play in front of or behind the beat without the need to resort to ‘fancy drummer tricks’ to pull it off.

While Alice’s last album, 2013’s The Devil Put Dinosaurs Here took time for me to settle in and get comfy with, I took to Rainier Fog right away- just like I did with 2009’s Black Gives Way To Blue.  Some of lead guitarist Cantrell’s chord choices feel like decisions Tony Iommi might have made- it’s a dark, heavy sound that just envelopes you.

In November I will reconsider all the reviews I’ve written this year to determine my best of 2018.  I can’t say now if Rainier Fog will claim top spot like BGWTB in 2009, but I’ll be shocked if it doesn’t make the top 5.

KEY CUTS:  So Far Under, The One You Know, Drone 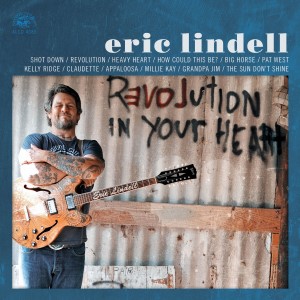 The term ‘breath of fresh air’ is over-used, but in the case of Eric Lindell’s new album it actually applies.  Labeled by The New Orleans Time-Picayune as “Stellar, sublime blue-eyed soul and romping New Orleans R&B, played at the intersection of soul, blues and roots rock”, this is a disc everyone should have.

Lindell plays just about everything on this album except drums, with supple grooves instead played by Willie McMains.  The only other musician is Kevin McKendree, who plays piano on Millie Kay.  The result is a mix of West Coast rock with swampy New Orleans R&B (Eric has lived in Nola since ’99), honky tonk country and Memphis soul that gives you an instant lift and makes you feel good about everything.

Revolution In Your Heart is original songs that speak to the heart and feel instantly familiar.  “Music runs deep, it’s a powerful thing” Lindell observes.  As a kid growing up in San Mateo he listened to the deep blues of Buddy Guy, Junior Wells, Jimmy Reed and Albert King before drifting into the R&B sounds of The Impressions, Stevie Wonder and Donnie Hathaway.  As Revolution plays on my stereo, I can feel those influences.

Listening to Revolution In Your Heart is a buoyant, life affirming experience that I’ll be recommending to anybody that needs a lift.  This is MY definition of beautiful music.

KEY CUTS: Revolution, How Could This Be, Grandpa Jim 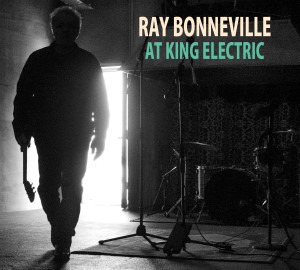 A set of confessional songs, what Ray Wylie Hubbard calls “gun powder and opium”.  When Bonneville plays and sings his intimate narratives, you won’t want to leave.

Based in Austin for the last 10 years Ray was born in Quebec and his family moved around a lot, ending up in Boston when he was 12.  Later, he served in Vietnam and earned a commercial pilot’s license in Colorado before living in Alaska, Seattle and Paris, then six years in New Orleans influenced his musical sensibilities.  “It wasn’t until I was in my early 40’s that I began to write my own stuff” Ray notes. “The songs became my constant companions and I lived to write better and better ones.”

At King Electric is stripped down bluesy Americana steeped in a humid, southern vibe, songs of compelling poetry of hard living and deep feeling. “I get to know the characters as they reveal themselves to me over the hours, days and nights of writing” Bonneville says.  “there are several characters inhabiting The Next Card To Fall; one who is emotionally rescued by a street parade in Papachulalay; there’s the reflective addict in Codeine; the lost and destitute road dog in It’ll Make A Hole In You; the prison inmate who calls his estranged brother as his release date nears in The Day They Let Me Out.”

At King Electric is a totally absorbing listening experience that will keep you good company on those cold, dark nights. 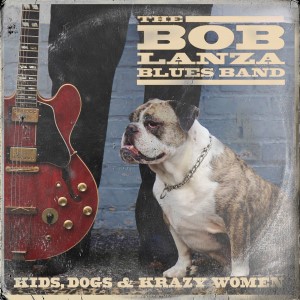 When you talk about the blues, New Jersey needs to be included too.  There’s some fantastic, gut-wrenching blues coming from that neck of the woods, and Bob Lanza’s new album is a definite highlight no matter where he comes from.

The title track starts us off with a ‘good time Charlie’ kind of feel, but it becomes clear pretty quickly that KDKW is deep and occasionally heavy.  Anthony Krizan (Spin Doctors, Noel Redding, Lenny Kravitz) produced, but he’s crossed paths with Lanza many times since 1990- so them working together was inevitable. “(Bob) plays guitar with fire and emotion; on top of that, his voice and songwriting abilities are stellar” Krizan says. “We tracked this record live with no studio tricks to mask the rawness of the session.  You can feel that energy on the tracks.”

Kids, Dogs & Krazy Women is real deal authentic blues, raw and gutsy delivered from the heart and soul and this disc will stoke your lust for old school rhythm & blues. “I think it stands up to what’s happening right now, as well as standing with some blues classics” says Krizan. “Doing this record was a lot of fun.” You can feel that on every spin- and you’ll want to play this a lot.

KEY CUTS:  Not The Man I Used To Be, Walking After Midnight, Full Time Lover 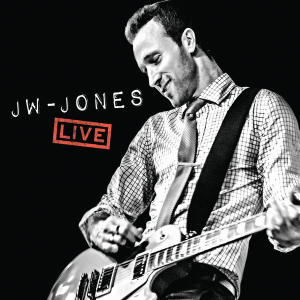 If you’re in the mood for some shit-hot blues guitar, mark September 28th on your calendar, That’s when JW Jones’ Live comes out, and I promise it is worth the wait.

Of Jones Buddy Guy says “this young man is one of the people who will keep the blues alive”.  “When I first started out. I studied old blues records and wanted to be accepted by my heroes” Jones says. “I wanted them to notice that I was staying authentic to the sound.  Over the years things have changed, and I want to play and write music that moves me, even if it doesn’t sound like a Chicago blues tune cut in 1956.  I feel that I need to play the music that speaks to me.”

Jones’s playing has taken a big leap here. “I cranked up my overdrive in concert one night for fun, and it opened up this whole new world of ideas for me” he observes. This is an electrifying and exciting collection of 11 previously unreleased songs, recorded over two nights at a sold out Gatineau, QC theatre.  The way JW manhandles his gold top Les Paul is inspiring.  I have his studio albums in my collection too, but Live takes things to a whole new level.  Somebody grab a mop because this is dripping with awesomeness!

The blues is best live, and this is as good as it gets- lightning in a bottle.

KEY CUTS:  Moanin’ At Midnight, That’s Alright, I Might Not Come Home At All/Medley 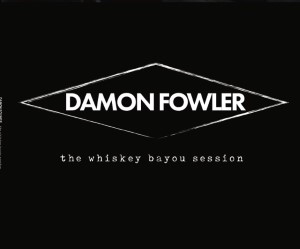 This is the zesty new album (his 7th) from Fowler and, from start to finish, it KILLS.  He’s a troubadour whose music is steeped in soul, an amalgam of the many styles that make up the roots of American music.  He is gospel, blues, soul, reggae, rock and jazz with a touch of country, and TWBS is a classic roots record.

Fowler was a featured player in Butch Trucks’ Freight Train and also plays in The Dickey Betts Band. Along side his solo career, Damon joined forces in 2011 with JP Soars and keyboardist Victor Wainwright to form the southern roots rock group “Southern Hospitality”.  But what does that have to do with The Whiskey Bayou Session?  A guy doesn’t get invited to this many parties, unless he really has the goods.

As a singer Damon sounds like John Mayall meets Steve Earle.  As a guitarist he is often compared to Johnny Winter and Jeff Beck with generous hints of Duane Allman. He can rip it up with the best of them, but his lyrical work on lap steel and Dobro really put him head and shoulders above the rest.  As a player he is subtle yet muscular.  Good songs and great playing make The Whiskey Bayou Session a MUST-have.

KEY CUTS:  Ain’t Gonna Rock With You No More, It Came Out Of Nowhere, Running Out Of Time