Baichwal donates her portion to TIFF’s SHARE HER JOURNEY movement

The award, the richest annual film prize in Canada, was presented to Jennifer Baichwal and Nicholas de Pencier by writer-director Don McKellar, whose Last Night was named the TFCA’s Best Canadian Film in 1998.

Hosted by TIFF Artistic Director and Co-Head Cameron Bailey, the ceremony took place at a gala dinner held January 8, 2019 at the Four Seasons Hotel in Toronto with a cocktail reception sponsored by Cineplex Entertainment.

“All of the films honoured by the TFCA this year prompt us to think about the human condition and to reflect on the footprint we leave upon the planet,” said TFCA President Peter Howell. “But ANTHROPOCENE: The Human Epoch does so with life-changing authority. It’s a clarion call to action, one that I hope leaves these awards to find a global reach and response.”

“This year’s three nominated films speak to the extraordinary range and international outlook of Canadian cinema,” said Rogers Vice-Chair, Philip B. Lind. “ANTHROPOCENE: The Human Epoch presents a vision of environmental ruin on an unprecedented scale, with a profound and disturbing beauty. It’s a literal landmark and we are thrilled to celebrate its unique achievement.”

In its mission to recognize new voices in film criticism, the TFCA gave Genevieve Citron the inaugural TFCA Emerging Critic Award. Citron is the creator and lead editor of The Film Atlas website.

Prolific actor Tantoo Cardinal was presented with the Technicolor Clyde Gilmour Award by actress Tanaya Beatty (Through Black Spruce). Under the pay-it-forward terms of the award, Technicolor donated $50,000 in services to a filmmaker of Cardinal’s choosing — writer-director and video artist Darlene Naponse, whose film Falls Around Her, starring Cardinal, had its world premiere at TIFF 2018.

The TFCA is extremely grateful to founding sponsor Rogers Communications for the Rogers Best Canadian Film Award, to returning sponsors Labatt’s for the Stella Artois Jay Scott Prize for an emerging artist, to Technicolor for the Technicolor Clyde Gilmour Award, and to Cineplex Entertainment for the awards cocktail reception. The TFCA welcomes new sponsors Air Canada as the official airline and RBC for the RBC Allan King Documentary Award. The TFCA also welcomes new sponsors the Four Seasons Hotel and Champagne Perrier-Jouët. The TFCA salutes stalwart supporters The Globe and Mail, Maclean’s, Zoomer Magazine, and TAXI Toronto.

(Under the TFCA’s guidelines, contenders eligible for the awards include films released in Canada in 2018 plus films that qualify for the 2018 Oscars and have Canadian distribution scheduled by the end of February 2019).

The Toronto Film Critics Association was established in 1997 and is comprised of Toronto based journalists and broadcasters who specialize in film criticism and commentary.  All major dailies, weeklies and a variety of other print, electronic and web outlets are represented. Members of the TFCA also participate in the Federation of International Film Critics (FIPRESCI).  As such, they have sat on juries at festivals in Cannes, Berlin, Venice, Toronto, Montreal, Miami, Palm Springs, Chicago, Pusan, Moscow, Amsterdam, London and Vienna, among others. 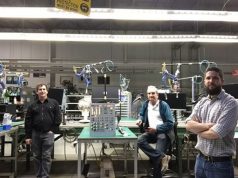 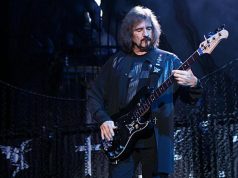 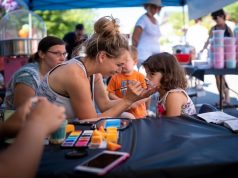