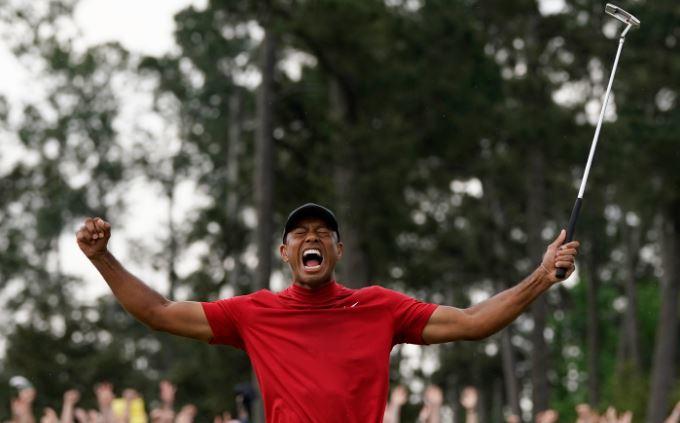 The aura that Eldrick Tont Woods once had over the PGA Tour where just seeing his name near the top of the leaderboard was enough to pressure fellow competitors into disastrous lapses in concentration appears to have be revitalized.

Italy’s Francesco Molinari, 2018’s Champion Golfer of the year, carried the lead into the final round, with Tiger stalking only two-shots back. A confident Molinari, riding a 47-hole bogeyless streak opened his lead to 3 shots after a Tiger lipped a par putt on the 5th hole.

But much like Jordan Spieth in 2016 Master’s, the fatal blunder came with a tee shot into the water on the signature 12th hole. It cost the Italian a double bogey and his hard-earned lead.

Molinari’s misstep, along with Tiger’s prowling patience allowed Tiger to grab the lead, 66 holes into the 72-hole competition.
Long story short, he did not look back.

Tiger powered a drive on the par-5 13th, leading to a two-putt birdie. After another two-putt birdie on the 15th hole, it was known, this tournament was Tiger’s to lose.

A near ace on the par three 16th hole drove the crazed crowd to erupt in cheers which bellowed through the legendary pines of Augusta National.

He stepped onto the 18th hole, 2 shots clear of the field.
Tiger would bogey the hole but win the championship. His first major in 11 years.

Jim Nantz would summarize Tiger’s reclamation of the golfing throne perfectly, “We’ve been waiting for years, many thought we would never see it, but here it is the return to glory!”

His win comes as his 15th major, now sitting only 3 back of Jack Nicklaus’ 18, which just one year ago seemed untouchable feat.

Every dog has its day, but this cat has had his 5th at Augusta, and 5 green jackets to boot.