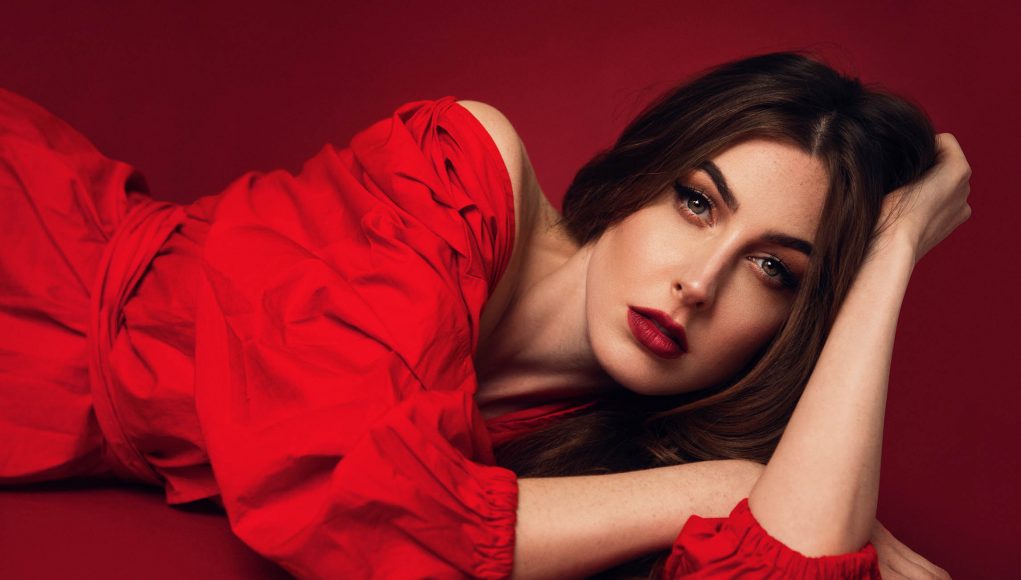 Canadian independent pop artist and Vernon-raised ROYAL is thrilled to share the release of her new music video, “Vessel”, which is now available on YouTube.

The lead single from ROYAL’s winter album release, Heart of Shadows, “Vessel” has earned over 100,000 plays on Spotify and is a haunting journey of heartbreak and emotional isolation.

In keeping with those themes, the music video follows an astronaut (Tiera Skovbye) – suddenly detached from her ship – who recalls the heartbreaking memories of a lost love (Jordan Connor) as she floats in space.

ROYAL says, “I have a very deep and personal connection with ‘Vessel’, so I felt inspired to create a visual journey that would emulate the emotional depth of the song and channel the sadness and isolation of losing someone you love.”

Skovbye and Connor – best known for their roles as Polly and Sweet Pea on The CW series “Riverdale” – found the chance to re-team for “Vessel” to be creatively and personally fulfilling.

In sharing her thoughts about the project, Skovbye says, “The song alone provokes such powerful feelings and imagery that – when brought to life by Jordan and me – was made even more powerful. Losing someone you love almost feels like losing a part of yourself and I think you get a real sense of that in this video. It’s heart breaking to see love fall apart.”

Connor adds, “Working with ROYAL, Tiera and the team for ‘Vessel’ was an experience full of love. Everyone was deeply invested in the project and you can see the heart in the final product.”

For ROYAL, the music video release of “Vessel” is another pinnacle moment in her musical journey, which has taken her from her Okanagan upbringing in Vernon to Toronto, Australia, and Vancouver among other stops, and seen her sound evolve from folk to dream pop.

Her debut album (2009’s Seasons) led to multiple film and TV placements, including recent inclusions for the Hallmark Channel. She later won first prize in the 2010 We Are Listening Singer/Songwriter Competition, was a Top 12 finalist in 2014’s Peak Performance Project, and in 2016 released her “City Lights” collaboration with Conro which has gained over 5 million streams on Spotify. The positive response to Heart of Shadows and the release of the “Vessel” music video have only reinforced the depth of her talent and the promise of what lies ahead.

ROYAL’s “Vessel” music video was directed by Riun Garner and produced by Aidan Kahn, ROYAL, Garner, and Hannah Pederson. It is now available on YouTube.

For more about ROYAL, please visit ROYALOfficial.com or visit her social media channels: