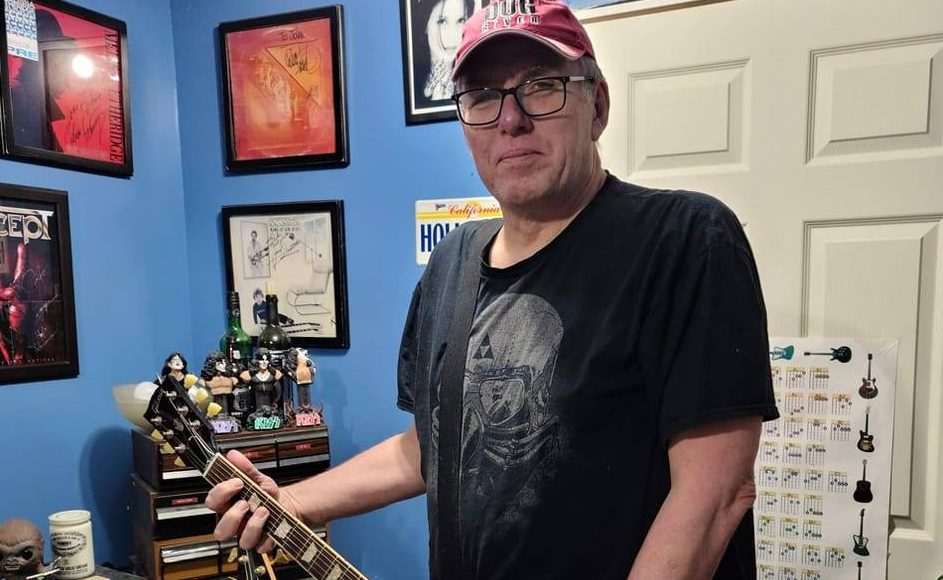 The definition of insanity: doing the same thing over and over again and expecting different results – Unknown

That quote was on my mind April 22 when I turned 64. Perhaps this birthday more than any others had me thinking “What now?”  As the last part of my life unfolds, am I happy with how it’s going?

No. After getting laid off from the radio biz in August of 2016 and trying for a couple of years to get back in, it became clear that the career I loved was finished. Having bills to pay and no money saved meant getting a job of some kind, so with few options for someone of my ‘vintage’ I hired on at McDonald’s in Lloydminster as a cashier; been there four years now. I mostly take orders in drive-thru these days – those decades of broadcast experience are finally paying off.

The radio itch was something I had to scratch, so I signed on with United DJ’s, an online radio station that ran for three years. When they cratered last year I was approached by 365 Radio then Epic-Radio to do programs, which I have done since last spring. Sunshine Radio Online sprang from the ashes of UDJ, so I contribute to them as well. A buddy from my UDJ days, Russ Horton, runs a couple of internet stations out of Ontario, FM 108 and GTA, so I do shows for him too.

I write and produce six hours of original radio programming every week. The Left Handed Radio Show is a two-hour program that runs Tuesdays and Thursdays on Epic, Hellhounds On My Trail is a weekly one-hour blues show that runs on Sunshine, GTA and FM 108, and The Hot Wax Radio Show, a weekly one hour show based on the album review column I write for Gonzo Okanagan Online, runs on all of them. It’s fun, but hard work and time consuming too and it pays squat. I do for free because I enjoy it and it feels worthwhile.

Considering the time I have left, it’s time to change gears. Internet radio doesn’t pay the bills and I’ve growing weary of pining for an industry that no longer exists in a way that’s meaningful to us old dinosaurs. I plan to cease the internet radio stuff by my 65th birthday. I write a weekly album review column which takes huge slabs of time too, so it might be time to hang up the column as well. Full disclosure; I’ve tried to do that several times before, yet I’m still here – so we’ll see. So what will I do?  My wife and I want to move back to Victoria, BC, perhaps as early as this fall. I will still have to work of course, but there is no shortage of fast food jobs.  It’s the city of my childhood, my best friend lives there as do my brother and his wife.  Plus, Cherryle and I still have friends from when we lived there in ’08-’09.  I started writing a novel last year and would like to pay that some attention as well. I’ve kept myself too busy to learn how to play the guitar I bought in 2014, maybe I can do that too. And I want to spend more meaningful time with my wife and family.

I’m sure we’ll enjoy all of the wonderful things Victoria has to offer, but perhaps most of all, I want to take my wife dancing.  I know it will make her happy, and for me that’s the biggest rush of all.  “Work, pay bills, then die” doesn’t cut it –  not anymore. I’ll keep you posted.

“In the end it comes down to your thinking, and there’s really nobody to blame

“When it feels like your ship is sinking, and you’re too tired to play the game

“Nobody’s going to help you, you just have to stand up alone

“So dig in your heels and see how it feels, to raise a little hell of your own”

~ Raise A Little Hell, by Trooper