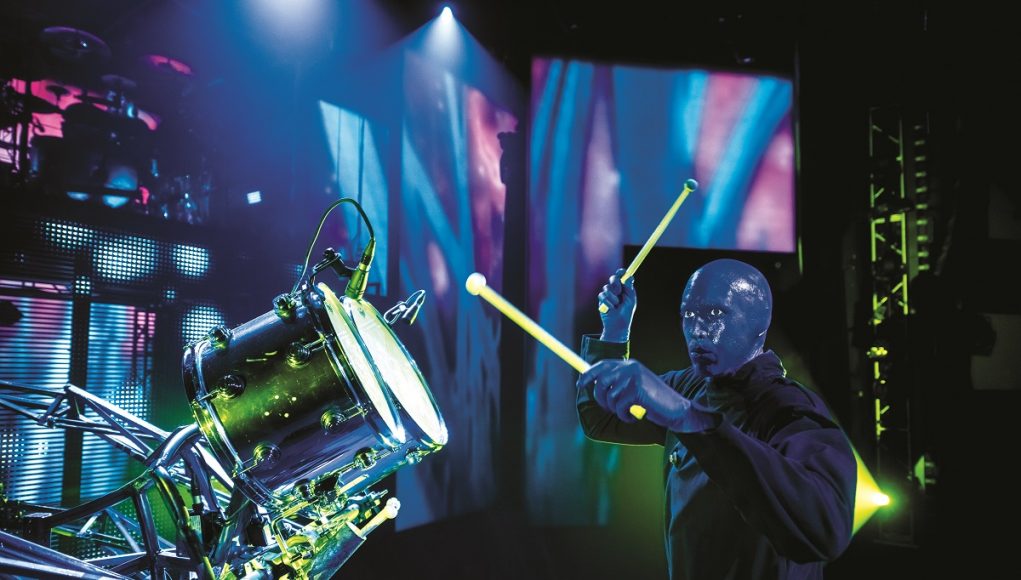 The Blue Man Group: A Sensory Explosion of Art, Technology, Music and Theatre

Get ready, Penticton, the world-famous Blue Man Group is coming to town to play two shows at the South Okanagan Events Centre on April 23rd and 24th, and things are guaranteed to get wild.

Since the show debuted on Broadway in 1991, it’s been wowing people around the globe. Currently the group has productions in: Berlin, Boston, Chicago, Las Vegas, New York City, and Orlando.

The idea of wearing blue makeup began in 1987 with the band’s original creators: Matt Goldman, Chris Wink, and Phil Stanton. Why blue? “You won’t find blue on the food aisle.” says, Terry, Tungjunyatham, a Blue Man Group band member. “It’s both neutral and mysterious. It’s intriguing. It makes you want to know more.”

The face paint is just part of the group’s allure. The key element of the group’s phenomenal success is their commitment to creativity. No two shows are ever alike. This is because of the performers magical ability to feed off their audience, allowing for a greater spontaneity and improvisation. “No single show is ever the same, because the audience is different,” says Terry.

Though members of the Blue Man Group are famous for not speaking, they’re still fabulous communicators, connecting to the audience with their eyes, and through their musical and multisensory approach. Shows explore a diverse range of themes, such as how humans interact with technology and science. To demonstrate this, in one of the shows segments, the group creates music using an iPad like a musical instrument.

The group is famed for turning everyday materials, like their signature PVC pipe, into musical instrument. Some of their pipes are so massive that three performers can play them at once and achieve a very different sound. Each piece has been carefully cut to ensure this. They’re also well-known for their Zither—a sort of giant table-top guitar, and their huge paint-spilling drums.

There’s a power in the Blue Man Group’s music that bonds people. These days they’re channelling this to draw attention to the charity Autism Speaks, a leading organization devoted to funding research and helping individuals with autism. In their honour, the Blue Man Group has created non-verbal, visually evocative shows customized for children and adults affected by autism spectrum disorders. This awe-inspiring show is deeply appreciated by all who attend and is a great way to draw attention to a worthy cause.

The Blue Man Group is an authentic cultural sensation. Fans of the quirky bald blue men come from all walks of life, and range from eight to eighty. Nobody is too young or too old for this kind of entertainment. Join them in Penticton to learn for yourself the secret behind the group’s success. Tickets are available here: https://www.soec.ca/events-tickets/