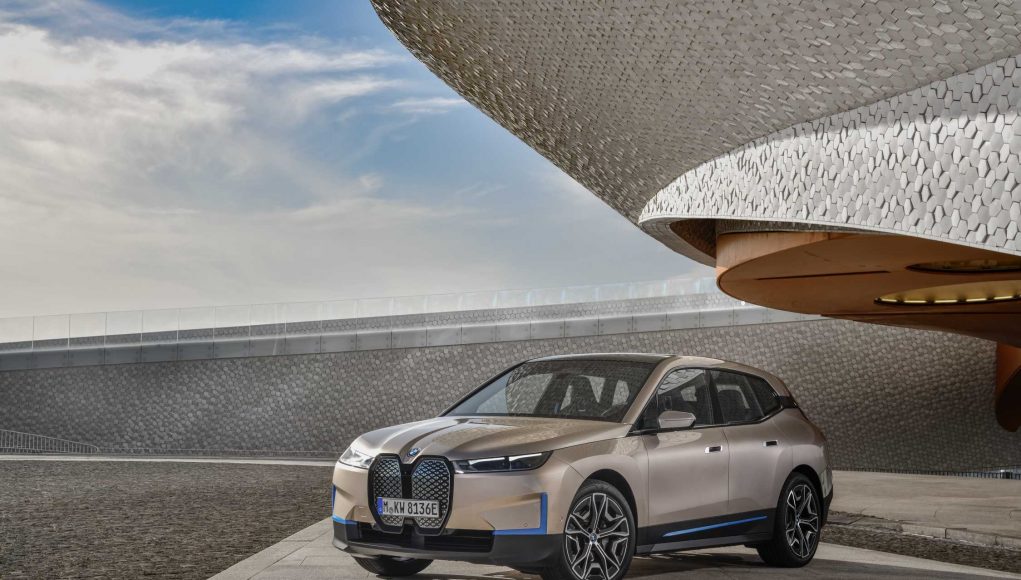 In times when SUVs are becoming more popular and electric vehicles are making their way downtown, car manufacturers are thinking of ways to connect the two trends and offer something new to their customers.

This week, the popular German manufacturer BMW introduced its latest electric vehicle which has the form of an SUV and is named “the iX.” This crossover vehicle packs 500 horsepower (hp) under its hood and can manage 0 to 62 mph in under five seconds, with a battery that lasts more than 370 miles.

BMW unveiled iX as a direct response to Mercedes-Benz’s EQC and Audi’s e-Tron models. The German trio is known for competing in all segments, and electric vehicles are the new front which signal a commitment to electric powertrains way before many other auto manufacturers.

Even though BMW revealed its sub-brand “BMW i” to the world in 2011, the auto manufacturer has been working hard over the past couple of years to improve the hybrids and set a new standard towards electric vehicles (also known as EVs).

When it comes to the design, the iX is somewhere in between the BMW X3 and BMW X5 in size, and has almost the same height as the BMW X6. As such, it offers decent storage capabilities, not to mention its automated driving, connectivity and other innovative features. Its interior is very impressive and shifting to a more modern character.

On a first glance, the BMW iX really looks powerful. The reason why this is the case is its modern take on its classic features. You’ll see that there isn’t any existing architecture from BMW, but a new one designed specifically for this SUV and hopefully, its many successors.

Lastly, BMW aims to improve its batteries and power efficiency with each new model. In this manner, the iX goes to 21kWh per 100 kilometers (as tested by WLTP) which means that “more than 100kWh” batteries on board will be good for a range of over 600 kilometres, that’s just over 370 miles.

Kohler’s Smart Bath: Run it with just a voice command

The best PS5 accessories you can buy right now

Google year in search: what Canadians Googled the most in 2021

The 10 best laptops you can buy right now