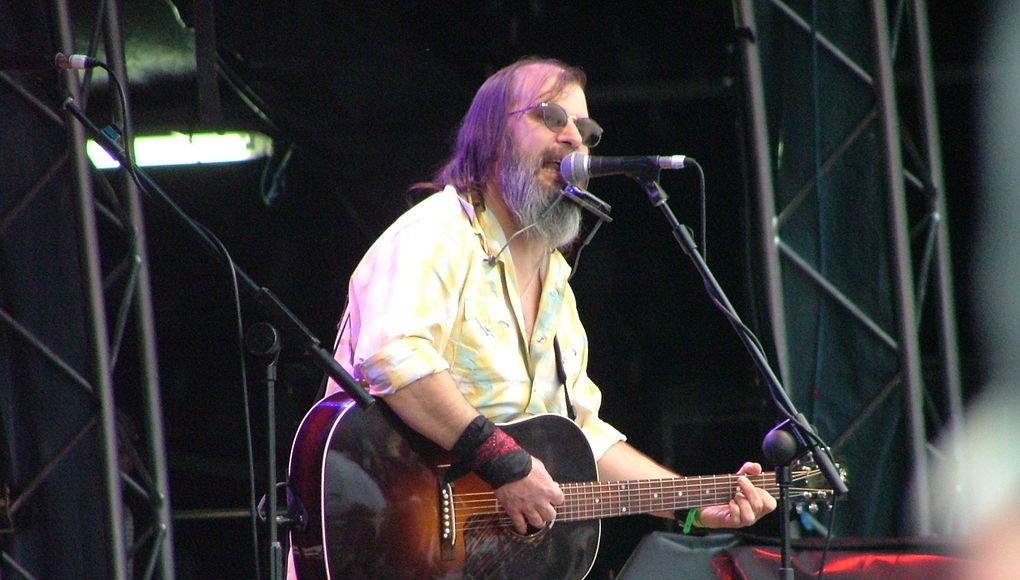 30th ANNIVERSARY OF COPPERHEAD ROAD
WITH GUESTS
THE MASTERSONS

Steve Earle has turned many musical corners during his illustrious career. He has been equally acclaimed as a folk troubadour, a rockabilly raver, a contemplative bluesman, a honky-tonk rounder, a snarling rocker and even a bluegrass practitioner. This definitive Americana artist has won three Grammy Awards, for 2005’s The Revolution Starts Now, 2008’s Washington Square Serenade and 2010’s Townes.

He is also the author of the 2011 short-story collection Doghouse Roses and novel I’ll Never Get Out of This World Alive. Earle has been featured as an actor in two HBO series, The Wire and Treme, and on stage in The Exonerated. His film work includes roles in such respected features as The World Made Straight (2015), Leaves of Grass (2009) and Dixieland (2015). For the past decade he has hosted the weekly show Hardcore Troubadour for the Outlaw Country Channel on SiriusXM Radio and he is a longtime social and political activist whose causes have included the abolition of the death penalty and the removal of the Confederate symbol from the Mississippi State flag.
Earle has collaborated on recordings with such superb talents as Sheryl Crow, The Indigo Girls, The Pogues, Lucinda Williams Shawn Colvin, Patti Smith, Chris Hillman, The Fairfield Four and The Del McCoury Band. His songs have been used in more than fifty films and have been recorded by such legends as Johnny Cash, Emmylou Harris, and Joan Baez, Carl Perkins, Vince Gill and Waylon Jennings (who recorded Earle’s “The Devil’s Right Hand” twice).