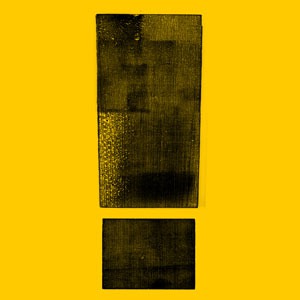 This is Shinedown’s 6th record.  Achieving maximum heaviosity at several different junctures it’s also something of a concept album, a set of 14 thematically interrelated tracks.  Attention Attention is heavy, in more ways than one.

“As we wrote the songs, they showed me that they were all related to each other during a very early stage” vocalist Brent Smith explains.  “It’s one complete thought, because it’s a cohesive story. A lot of this is about me but it’s also about (my band mates) Eric, Barry and Zach.  We start off at the bottom… this person fights to build back up, realizes he or she isn’t perfect, accepts that nothing in this world is handed over, and unlocks the resolve to take everything on.  Finally, the character becomes confident again.  It’s meant to be listened to from beginning to end.”  The story mirrors Smith’s well known battles with depression, addiction and substance abuse.

Musically speaking Attention X2 is a bulldozer, powered by dense walls of guitar and distortion.  With such personal subject matter and a cinematic sound in mind to suit the inner drama of the songs, the band felt that keeping production duties close to home was the way to go- and they were right. “We knew that we probably couldn’t get an outsider to come in and make this the way we wanted to” Brent Says.  “So it had to be (bassist) Eric Bass.  He did an unbelievable job.”

Sonically and emotionally A2 is intense.  It speaks to me musically, and while I’ve never been a drug addict and my hard drinking days are decades behind me, there were many times here (on songs like Monsters) that I found myself relating directly to what Shinedown were saying.  Attention Attention is very much worth your, um… attention. 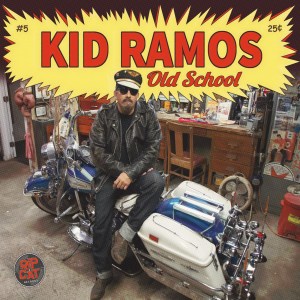 Just the right name for Kid Ramos’s first disc in 17 years.  There’s a 60’s “let’s just get in there and play” vibe to Old School that makes it impossible not to like.

Why 17 years between Greasy Kid’s Stuff and Old School? Since then Ramos has fathered two small boys into men, beaten cancer and, you know… life.  This set includes some originals alongside songs written by Magic Sam, Wes Montgomery and T. Bone Walker, and you can tell the disc was made purely for the love of the music.

What Old School lacks in technical exactitude it makes up for in soul.  This album was made in just 2 days at Big Jon Atkinson’s home studio in Hayward, California.  It was also recorded live to tape on two tracks using all analog equipment and vintage microphones.  Kid’s stinging leads are so expressive, the solo on I Can’t Wait Baby (an original) with its Albert Collins-like tone and delivery, might make you cry.

I guess the downside of recording an album that way is that there is no chance to do any fixes, like where the singer goes flat or sharp.  I am spoiled by hearing records made with more modern production techniques, but like anything else Old School is a bit of a trade off.  What it lacks in that technical perfection it makes up in terms of spirit and intention… this sounds like it could’ve been made in 1959 at Sun Studios.

If you’re lusting for something new and vintage sounding at the same time, Kid Ramos’s Old School is the record you’re looking for- cool stuff.

KEY CUTS:  Wes Side, Kid’s Jump, Weight On My Shoulders 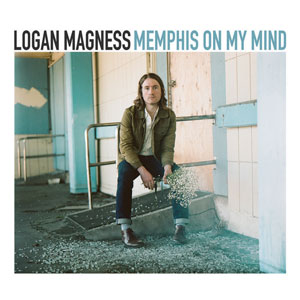 Quiet, acoustic, thinkin’ music- that’s what Logan Magness’s debut album is.  It was recorded in California before Logan moved back to his home town of Memphis, live and rich in analog tones.  Memphis On My Mind is unassumingly excellent.

Part of Memphis On My Mind’s magic, I think, is that it was recorded quickly.  “Everything was tracked in 5 days” Logan says, “I couldn’t afford downtime in the studio anyway.  I knew I wanted things to have a live feel, so it was just dialing in the tones and trying to capture the performance.  It was a no-frills approach… the last thing I wanted to do was lose sight of these songs.”

This disc’s songs are an introspective look back at the 5 years Magness spent in San Francisco, falling both in and out of love with the people and the city around him.  Perhaps it’s that combined sense of hope and melancholy that appeals to the ever-present darkness in my own soul; maybe you will find that these songs draw you in too.  It’s not unlike listening to an old James Taylor record, just with a different voice; a gathering of songs that manage to reach your heart in different ways.

Produced by Logan Magness and his band mate Tommy P (guitars, piano, organ) at Prairie Sun Studios (used by Tom Waits), Memphis On My Mind has a clear, uncluttered sound, the spaces in the songs giving you room to go on in and maybe move around a bit.  Yeah- on the whole the songs are melancholy but there are times when that feels really good, really right… a kind of beautiful pain.

Powered mainly by feelings of heartbreak, rejection and a longing for home, Memphis On My Mind is a disc I will be keeping close at hand.

KEY CUTS:  Thanks For Choosing Heartbreak, Bed of Nails, Memphis On My Mind 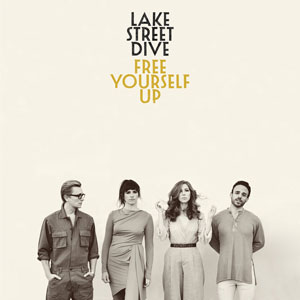 Soulful, easy going, uplifting music- that’s Free Yourself Up, Lake Street Dive’s 2nd record for Nonesuch.  WFUV in New York is an early supporter of this disc, saying the band “strives to empower and liberate in an age of turmoil.  It’s a confident collection of songs that reflects the quartet’s nearly decade and a half of music making.”

Of the subject matter of songs like I Can Change and You Are Free, Kearney says “This album is based on the realities of our time, which have inevitably become a part of everyone’s daily life.  It’s something you think about and obsess over and write songs about. Free Yourself Up is about empowering yourself, emboldening yourself, no matter what’s going wrong.” A tall order for an alt/pop album to be sure, but they have it down.

Free Yourself Up was produced by the band and recorded at Goosehead Palace Studios in Nashville with engineer Dan Knobler.  Singer Rachel Price’s rich, soulful voice is placed just right in the mix as the band plays with relaxed confidence.  Originally from Boston they’ve sold out Radio City Music Hall as headliners, and they appeared on Late Night with Stephen Colbert this past Monday, May 7th.  It’s time for the rest of the world to find out about Lake Street Dive, and Free Yourself Up is the disc to do it.

KEY CUTS:  Baby Don’t Leave Me Alone With My Thoughts, Dude, You Are Free 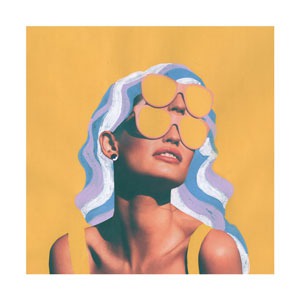 This intriguing group from Boston traffics in a blend of soul, jazz and rock.  Heavy horn lines appear throughout, and they have a taste for improvisational playing.  That makes Falling Rising a lively and extremely enjoyable listening experience.

Bassist Mike Klempa, brother to vocalist Gretchen, says “We decided as a group to track as much of the music as we could live, together, and in full takes so that the listener can hear the communication, emotion and exchange of ideas that happens between us.  So much of our music is based on jazz- we love incorporating improvisation and flexibility of interpretation.”  Makes you want to put on the CD and hear what he’s talking about.

The title of this disc was inspired, at least in part, by the 2016 presidential election.  The day after the vote, the band hit Converse (yes, the sneaker company) Rubber Tracks Studio to start recording horns.  “The air was thick with unease” notes Mike, “and yet as soon as we got our headphones on, the click track came in, and I raised my hand to conduct the horn section, we put all our thoughts and fears aside and made something happen.  We gave all we had in the studio that day.  It was all we could do.  Things happen.  Life pushes onward forever.  We fall.  We rise.”

From Gretchen Klempa’s supple and soulful vocals to the musicality of the band, Falling Rising is a breeze to like. Recorded by Dan Cardinal, mixed by Nick Nagurka and mastered by Emily Lazar (Foo Fighters), FR sounds and feels like a true representation of who The Pickpockets are.  Sweet, cool grooves abound to make Falling Rising outstanding company.

KEY CUTS:  Keep Talking, Devil’s Due, Time And Time Ago 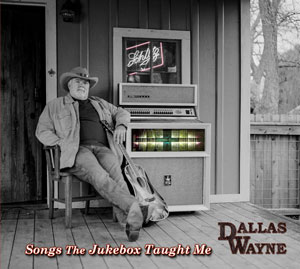 Playing catch-up as I go over Dallas Wayne’s 2016 album in preparation for the release of Volume II in June.  I’ve railed against the Nashville country music factory many times before and won’t bore you with doing so again.  But if you have a taste for real old fashioned country music, Songs The Jukebox Taught Me Volume I is singing your songs.

Dallas Wayne is a singer, songwriter and radio DJ.  He’s released 11 albums of his own and has opened for an impressive list of old school country stars including Merle, Charlie Pride, Willie Nelson and many more.  As a staff writer for Warner/ Chappell Music for 6 years and on-air personality for Sirius XM’s Willie’s Roadhouse (channel 59) and Outlaw Country, it’s safe to say he knows his country music.  Songs The Jukebox Taught Me is an affectionate stroll down memory lane as Dallas and his occasional collaborators (Willie chimes in on Your Time’s Coming, for example) treat these songs with the respect they deserve.  Dallas Wayne loves them and it shows.

I’ve said before that I’m not a country fan, but it’s more accurate to say I’m not a fan of modern country music.  The tunes on Songs The Jukebox Taught Me Vol. I have a heart and swing that you just don’t hear enough of these days.  I can only claim to be familiar with a handful of these 14 blasts from the past, but I can’t hear Dallas’s rendition of Skip A Rope or Stop The World And Let Me Off and not be affected.  He updates these songs without plundering their souls- a neat trick that he pulls off extremely well.

Songs The Jukebox Taught Me Volume I proved to be a wonderful surprise and I’m looking forward to the release of Volume II sometime next month.

KEY CUTS:  Skip A Rope, Your Time’s Comin’, Devil In The Bottle