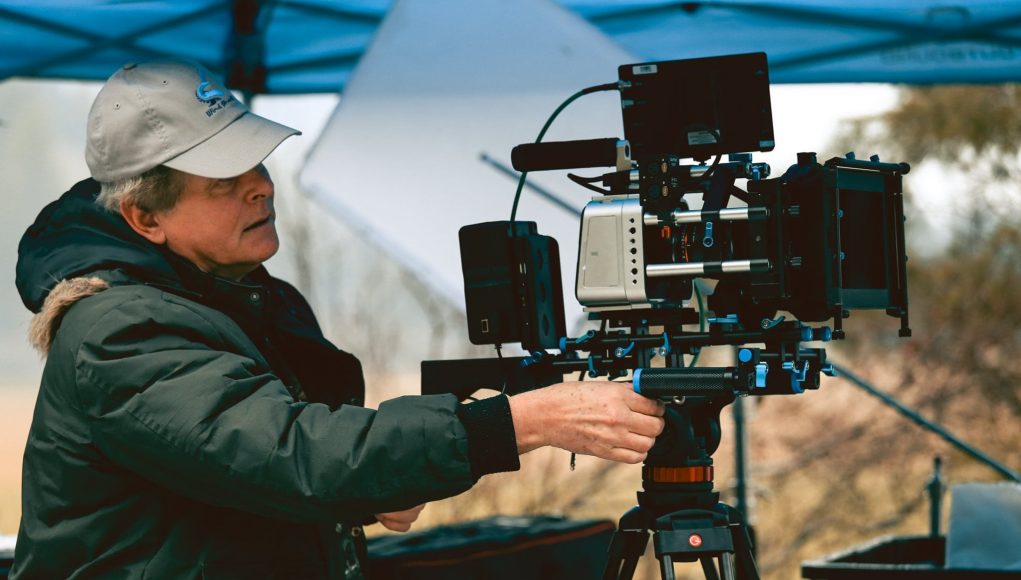 One of British Columbia’s most respected and successful movie and television producers is so impressed with the abundance of artistic talent in and around Kelowna, that he’s currently producing a television series and has committed to shooting three more movies in the Okanagan’s largest city over the next couple of years.

This pilot episode is called Finder’s Keepers and deals with five-year-old Leo, who is being raised by his gun-running stepfather in Afghanistan. When the British Army rescue him, he lands on the streets of Chicago.

Teaming up with his siblings, who are all ace computer hackers, they decide to steal his stepfather’s money, a whopping $220 million.

Little do they know the money was supposed to be used to illegally purchase uranium to be sold to Iran and now every government agency in the world is trying to find Leo and his siblings to get their hands on the money, said MacFarlane, in an interview at the OK Corral.

This new and exciting conspiracy and action series is written, produced and directed by C.J. Clayton and produced by B.C.’s Infinity Films.

The lead character in Silk Road is “a really bad guy” who is a drug runner also involved in human trafficking, gun running and other illicit activities.

“Basically, things go really bad and we think part of the family has been killed and another part of his family has disappeared,” he said. “We flash forward years later … and these kids have become world-class computer hackers.

“These kids can hack into anything, they are that brilliant.”
They eventually hack into a bank account worth $220 million dollars and there is no response when they steal a portion, then all of it.

“They find out the money they stole is from this drug lord from Afghanistan,” he said. “When he realizes his money is gone, he sets out to find out who stole his money, not realizing one of them is his stepson.”

What they didn’t realize was the money they stole from the stepdad was to purchase uranium to illegally ship to Iran. The FBI, CIA, the bad guys and good guys are all trying to get their hands on this money and stop this from happening.

MacFarlane, who has helped produce more than 500 television episodes, movies and TV commercials over his long career, said being able to use talent available in Kelowna and area to produce a quality television series has been a labour of love.

Perhaps his greatest claim to fame is starring as Mel Gibon’s stunt double in numerous films over the past 20 years.

The newly-formed Teresa May Talent Agency helped find and sign almost all of the actors and many of the technical wizards needed for Silk Road and he intends on continuing to use Kelowna and area talent for several more television and movie projects coming to Kelowna in the next three years, said MacFarlane.

“Most of the crew for this show are local and they’ve been great,” he said. “We’re trying to hire as many local actors as we can. Teresa and her company have been brilliant to work with. We really haven’t had to bring up many people from Vancouver. We love Kelowna.”

Besides being executive producer, MacFarlane is the stunt co-ordinator and plays a key role as a bad guy in Silk Road.

“There’s a great storyline and there’s a lot of action,” he said. “Season two is already written and we’re already looking forward to getting to work on that.

“We have another feature coming to Kelowna beginning the middle of February and most of March and then if everything goes right, we have another three feature (films) coming up that will all be shot in Kelowna.”

A movie called The Color Rose was shot and filmed in the Kelowna and Vernon area last spring and will hopefully be distributed and released soon, he said.

“That’s what brought us back to Kelowna for this project because the town just embraced us,” he said. “Anything we want, there are people there to help us. The local Kelowna talent is brilliant. We’re working with great talent and there hasn’t been a need to go anywhere else.”

Several graduates and current students at Kelowna’s Centre for Arts and Technology have been hired to work on Silk Road, including lead camera operator Cody Fofonoff, said MacFarlane.
Silk Road has a letter of intent from a renowned distributor and MacFarlane is confident and hopeful the series will be picked up by Netflix or another major online streaming service once filming wraps up later in 2020.

“Before shooting begins, we like to get a letter of intent from a distributor and we have that,” he said. “Anybody can make a movie, but it’s hard to sell. In my world, I won’t move forward until I have that letter of intent.”

MacFarlane has worked on four projects that have been sold to Netflix, including the techno-thriller A.M.I., the futuristic thriller Residue, the horror film Candyland featuring Gary Busey in the lead role and a movie called Down the Line.

MacFarlane said he’s looking forward to spending much of his time working in Kelowna on various projects in the coming years.

“For sure, 100 per cent,” he said. “The next project is coming in late February and early March … it has an incredible cast, but I can’t reveal too much more than that. The two stars are massive in the movie world and the town is going to be talking about this one for sure.”

Scripts for three other movies he will be producing have already been approved and all three will be filmed in and around Kelowna and other parts of the Okanagan Valley, he said.