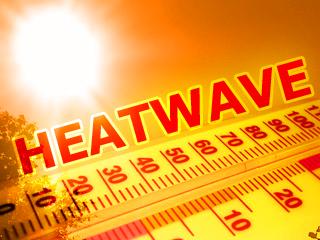 Over the past few months, heat records have broken worldwide. In early July, the temperature in Ouargla, Algeria, reached 51.3 C, the highest ever recorded in Africa! Temperatures in the eastern and southwestern United States and southeastern Canada have also hit record highs. In Montreal, people sweltered under temperatures of 36.6 C, the highest ever recorded there, as well as record-breaking extreme midnight heat and humidity, an unpleasant experience shared by people in Ottawa. Dozens of people have died from heat-related causes in Quebec alone.

Europe, Eurasia and the Middle East have also reached all-time record temperatures. In Northern Siberia, along the Arctic coast, the temperature was over 32 C on July 5, much hotter than ever recorded.

Unusually high temperatures in the Arctic are causing sea ice to melt, exposing more dark sea areas, which absorb more heat than ice, causing feedback loops. Those are exacerbated by melting permafrost releasing more methane and carbon dioxide into the atmosphere. All of it is weakening the polar jet stream, which in turn affects temperatures in mid-latitudes.

As U.S. meteorologist and geoscientist Nick Humphrey explains, “The weakening is causing the polar jet to become much wavier, with greater wave ‘breaks’ and blocking patterns where waves sit in the same place for weeks [and] promote extreme weather patterns (extreme cold relative to normal as well as extreme heat, very wet, and drought conditions).”

Atmospheric carbon dioxide has spiked to 408 parts per million, global average temperatures have risen 1.8 C since 1880, Arctic ice is declining at 13.2 per cent per decade, sea levels are rising 3.2 millimetres a year on average and it’s all accelerating as we continue to pump more greenhouse gases into the atmosphere and destroy more carbon sinks like forests and wetlands.

According to NASA, “Most of the warming occurred in the past 35 years, with 16 of the 17 warmest years on record occurring since 2001. Not only was 2016 the warmest year on record, but eight of the 12 months that make up the year — from January through September, with the exception of June — were the warmest on record for those respective months.”

Despite the calamity unfolding before our eyes, many people and organizations still cast doubt on climate science and scientists, and politicians and governments fight against the very measures critical to addressing the crisis and ensuring the planet’s climate remains stable enough for good human health and survival.

We’ve known about the heat-trapping properties of CO2 and other gases since the mid 1800s. Again, NASA points out, “There is no question that increased levels of greenhouse gases must cause the Earth to warm in response.”

The reasons we’ve failed to adequately confront the problem have nothing to do with lack of evidence or solutions. We have an abundance of both, but industrial interests and their supporters in media and politics (along with those who have been duped into denial) have actively worked to downplay the problem and hamper progress.

In our book Just Cool It!, we outline numerous known and emerging ways for governments, institutions, industry and individuals to resolve the climate crisis. Many solutions are being employed or developed, but not fast enough to forestall catastrophe. In Canada, we have federal and provincial governments hell-bent on expanding fossil fuel infrastructure and development to reap as much profit as possible from a dying industry and to satisfy the vagaries of short election cycles. The fossil fuel industry continues to receive massive subsidies, including a multi-billion-dollar taxpayer bailout for an American pipeline company, while clean energy receives far less support.

It’s frightening to contemplate global warming, the changes required to confront it and the consequences we face in the coming years. But stalling solutions and continuing our fossil fuel addiction will only make the inevitable that much worse.