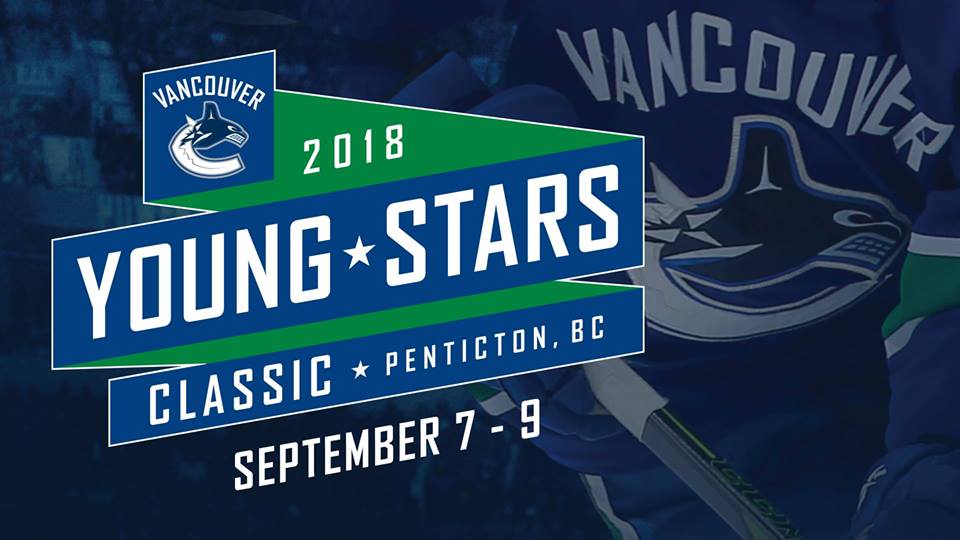 Vancouver, BC – The City of Penticton announced today that 4-Game packages and Ice Level VIP packages go on sale Friday, July 27th at 10 am. The 2018 Young Stars Classic takes place from Friday, September 7th to Sunday, September 9th at the South Okanagan Events Centre in Penticton, BC. The tournament features prospects from the Winnipeg Jets and Vancouver Canucks, as well as the University of British Columbia Thunderbirds and University of Alberta Golden Bears.

“We are excited to be starting our season in Penticton against the defending U Sports Champion University of Alberta Golden Bears,” said Sven Butenschon, Head Coach, UBC Thunderbirds. “With a strong Golden Bear and Thunderbird alumni following in the Okanagan, we are expecting a great atmosphere for these competitive, high-caliber games.”

​“The Young Stars Classic is a fantastic tournament and the City of Penticton does a tremendous job as host,” said Trevor Linden, Canucks President of Hockey Operations. “While the format and participating teams has changed, fans can still expect a lot of excitement and a high level of competition from both top prospects and elite university programs.”

Canucks and Jets prospects expected to participate in the tournament include:

Full tournament rosters and information will be posted on canucks.com/youngstars and SOEC.ca as they become available. Please note rosters are subject to change.

4-Game packages are $35* and Ice Level VIP packages are $155* and will go on sale to the general public on Friday, July 27 at 10AM. Packages will be available for purchase online at ValleyFirstTix.com, by phone at 1-877-763-2849 or in person at the Valley First Box Office at the SOEC.  For complete package details please visit SOEC.ca. Single game tickets will go on sale at a later date.

This year’s off-ice festivities include a Minor Hockey Day featuring a Party on the Plaza with games, food, music, entertainment, and skills development camps for BC minor hockey players.

*Additional service fees apply when purchasing online or over the phone

** Schedule is subject to change