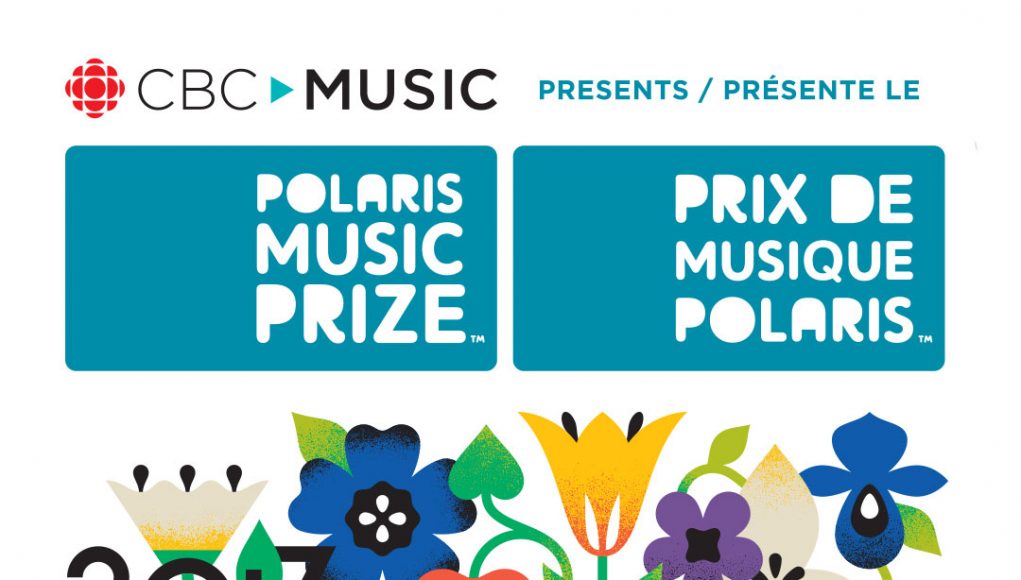 The Polaris Music Prize, presented by CBC Music, has unveiled the 10 albums on the 2018 Short List.

“Many jurors expressed their difficulty narrowing down their ballots. The diligence that went into their listening and consideration produced an incredible Short List,” said Polaris jury foreperson Katherine Duncan. “These 10 titles traverse language and culture and highlight the beauty and richness of Canada’s musical life in 2018.”

The announcement took place earlier today at CBC Broadcasting Centre in Toronto, ON and was announced by CBC Music Mornings host and Polaris juror, Raina Douris. Douris will also host the Polaris Music Prize Gala, which will be held at The Carlu in Toronto on September 17 and live-streamed at cbcmusic.ca/polaris.

Following today’s announcement, Raina Douris, host of Mornings on CBC Music, will moderate a live round table discussion via CBCMusic.ca/polaris and on the CBC Music Facebook page at 10:45 a.m. ET. Jury members, Erin Lowers, Guillaume Moffet and Melissa Vincent, will weigh in on this year’s Short List and debate who could take home the top prize this September. Later this evening, Drive host, Rich Terfry, will share the songs and stories behind the Polaris Music Prize Short List on CBC Music at 6 p.m. (6:30 NT). Visit cbcmusic.ca/polaris for more information and Polaris Music Prize coverage.

The Polaris Music Prize awards $50,000 to the artist who creates the Canadian Album of the Year, judged solely on artistic merit, without consideration for genre or record sales. Additionally, the nine other nominated acts whose albums make the 2018 Short List will receive $3,000 each courtesy of Slaight Music.

Albums eligible for 2018 Polaris Music Prize consideration must be released between June 1, 2017 and May 31, 2018. An independent jury of music journalists, broadcasters and bloggers from across Canada determine the Long List and Short List. Eleven people from the larger jury pool are then chosen to serve on the Grand Jury. This Grand Jury convenes on the night of the Gala to select the Polaris Music Prize winner.

About the Polaris Music Prize

The Polaris Music Prize is a not-for-profit organization that annually honours and rewards artists who produce Canadian music albums of distinction. A select panel of music critics judge and award the Prize without regard to musical genre or commercial popularity. Our Polaris Podcast explores the rich and intriguing stories behind these albums and is available via iTunes, Google Play, Spotify and other distributors. polarismusicprize.ca

CBC/Radio-Canada is Canada’s national public broadcaster. Through our mandate to inform, enlighten and entertain, we play a central role in strengthening Canadian culture. As Canada’s trusted news source, we offer a uniquely Canadian perspective on news, current affairs and world affairs. Our distinctively homegrown entertainment programming draws audiences from across the country. Deeply rooted in communities, CBC/Radio-Canada offers diverse content in English, French and eight Indigenous languages. We are leading the transformation to meet the needs of Canadians in a digital world.

CBC Music connects Canadians with the very best in music. Available through the CBC Music app, online, on radio and in television specials throughout the year, CBC Music privileges Canadian artists and songs. Offering over 100 free music streams, CBC Music draws from all genres and classifications with knowledgeable hosts and programmers. Home to the JUNO Awards and your favourite music from across the country, discover the next great act with CBC Music. For more, visit www.cbcmusic.ca.