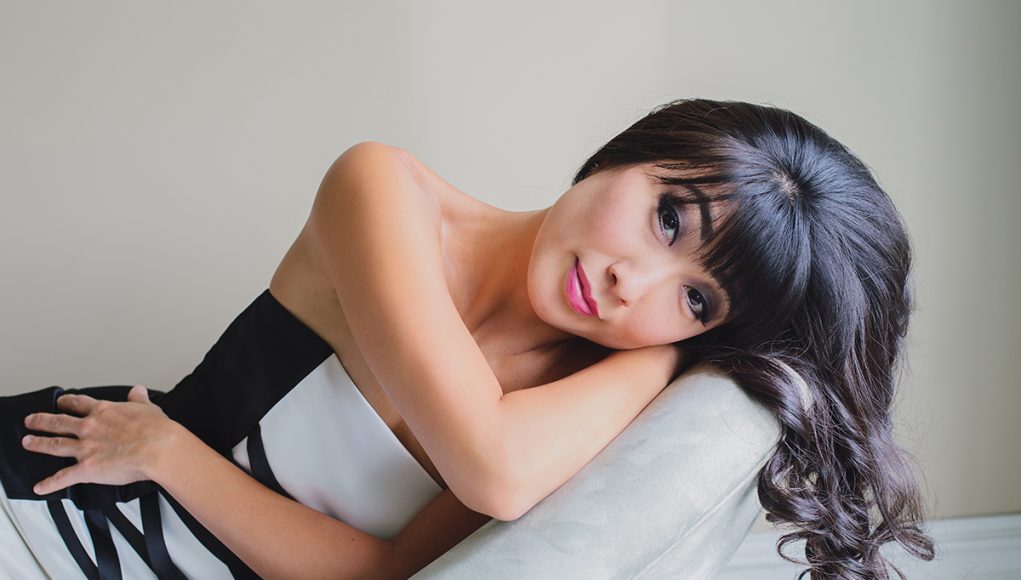 ‘Sacred and the Profane’ presented by Okanagan Symphony Orchestra

The Okanagan Symphony Orchestra’s March concert series The Sacred and the Profane dives into a rich tapestry of la musique française, showcasing French composers inspired by music of the church and the cabaret. Ticket and livestream access (for Friday’s performance) are available through www.okanagansymphony.com/tickets.

While combining the sacred and the profane may seem somewhat of a dichotomy, Music Director Rosemary Thomson explains, “Composers are inspired to create from a huge variety of life experiences offering their listeners rich and varied repertoire choices. French composers were often influenced by the church AND the cabaret, and this concert celebrates that juxtaposition.”

Welcoming the OSO Chorus back for the first time since December 2019, the first half of the concert is Gabriel Fauré’s gorgeous setting of the Requiem Mass. A special arrangement for chamber orchestra allows us to accommodate the Chorus on stage while still maintaining safety protocols.

Moving away from the church, the overture to Offenbach’s Orpheus in the Underworld (including the famous “Can Can”) takes us to the bawdier side of Paris. Then Judy Rose, who seems to channel “The Little Sparrow” herself, brings us three of Edith Piaf’s signature songs: “Le Vie en Rose,” “L’hymme d’amour,” and “Je ne regrette rien.” Judy Rose imbues a deep personal connection into her portrayal of Piaf: a pilgrimage through the rain-soaked streets of Paris to a cemetery, a bottle of wine, and an impromptu performance at Piaf’s gravesite, or so the story goes.

Lorraine Min, who holds both master’s and doctoral degrees from New York’s prestigious Juilliard School of Music, will shine in Saint-Saëns’ Second Piano Concerto, which is perfectly suited for the theme of the program. “This concerto begins with a tribute to J.S. Bach’s great organ improvisations and ends with a wild and passionate Tarantelle dance,” says Thomson.
continued…

“One of my favourite combinations in music is the layering of voice and orchestra no matter what the style. I can’t wait to share the stage with Judy Rose as she channels Edith Piaf and to be joined by our OSO Chorus and soloists for Fauré’s heartfelt Requiem.” Please join Rosemary Thomson, the OSO, the OSO Chorus and our special guests for a concert you won’t soon forget. Vive la musique française!

About Lorraine Min Steinway Artist and critically acclaimed pianist LORRAINE MIN has dazzled audiences with her poetic artistry and dynamic virtuosity. Cited by the New York Times for her “impeccable phrase-shaping (and) crystalline sound,” and by the Washington Post for her “admirable playing,” Min has performed extensively throughout Canada and the US, in Germany, France, the UK, Italy, Switzerland, Australia, India, and in South America. She has performed solo recitals and has made concerto appearances in some of the world’s most important concert halls such as New York’s Avery Fisher Hall, Alice Tully Hall, Town Hall, Carnegie Hall, Merkin Hall, the Kennedy Center’s Concert Hall, Vancouver’s Orpheum Theatre and Chan Centre, and Teatro Politeamo in Palermo, Sicily. Min has won top prizes and special awards of distinction in the prestigious Washington International, D’Angelo, Frina Awerbuch, and the William Kapell International Competitions. She was the top-ranking Canadian pianist at nineteen years old in the Harveys Leeds and Busoni International Competitions, and laureate in the Van Cliburn Competition.

About Judy Rose
From school choirs to singing professionally as a lead vocalist, Judy Rose has had a lifelong involvement with music. She has sung everything from folk, rock, jazz and blues to original French compositions that received airplay on CBC Radio Canada. She has performed on stages in New York, Chicago, Austin, Memphis, Paris and London in her travels and her jazz & blues ensemble “Judy Rose and the Pretty Boys” performed regularly to sold out shows at the Vernon Jazz Society as well as an exclusive performance at the Vernon Performing Arts Centre. Always captivating and deeply entertaining, Judy shares her unique interpretation of jazz, pop and French songs that speak to her heart, bringing you on a journey that is not soon forgotten.

About the OSO Chorus
Involving singers from throughout the Okanagan Valley, the OSO Chorus rehearses weekly on a ‘per project’ basis joining the orchestra to perform a diverse repertoire under the direction of Music Director Rosemary Thomson. Past major works have included The Creation (Haydn), Carmina Burana (Orff), Verdi’s Requiem, and of course, on a regular basis, Handel’s Messiah.