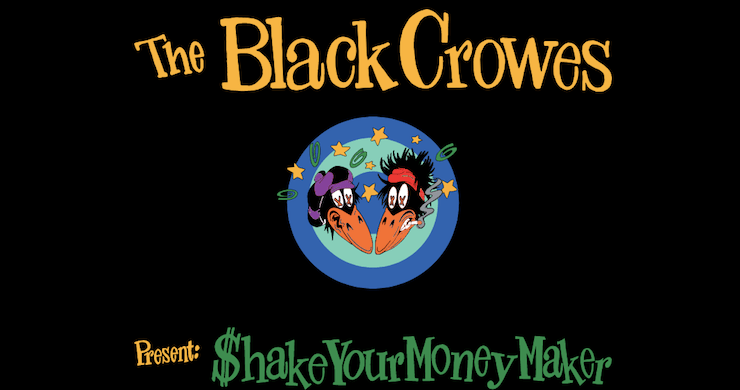 The Black Crowes ain’t done shakin’ it yet. New North American dates have been set for the Shake Your Money Make tour set for this summer.

Legendary rock band The Black Crowes announce brand new dates for their must-see show The Black Crowes Present: Shake Your Money Maker kicking off in June rolling through the end of August.

The Black Crowes Band Presale begins Wednesday, February 23 and the general ticket on-sale for most dates begin February 25 at 10 am local time.

In 2021, the band launched the 30th anniversary Shake Your Money Maker Tour to a sold-out crowd at the Ascend Amphitheater in Nashville, TN. With over 37 dates and, two-hour-long sets, lead-singer Chris Robinson and guitarist Rich Robinson took the juke-joint inspired stage with longtime bassist Sven Pipien, igniting the crowd with classics like “Twice As Hard,” “Jealous Again,” “Sister Luck,” “Hard To Handle,” “She Talks To Angels,” and “Remedy.” Taking the country by storm last summer, their return was marked as one of the first rock n’ roll tours to hit the road since the pandemic began in March 2020.

For additional information on the summer 2022 dates, follow @theblackcrowes or visit www.TheBlackCrowes.com

“At 54, the front man doesn’t seem to have missed a figurative or literal step during the tour’s pandemic delay. He offered a Mummers strut with the parasol, twirled his mic stand, and indulged in more than a few Jagger-like chicken moves, bobbing his head with a hand resting lightly on his hip. His voice was soulful and bell-clear.”
– Rolling Stone

“[…] The latest incarnation of the eight-piece outfit was every bit the equal of any of its predecessors as it charged through the entire album along with a selection of other favorites that kept the crowd of about 12,000 on its feet for its entire hour and 50 minutes on stage.”
– The Oakland Press

“…a bone- and brain rattling callback to an era of straight-ahead, blues-based, pre-grunge-and-alt everything rock ’n’ roll.”
– St. Louis Post-Dispatch