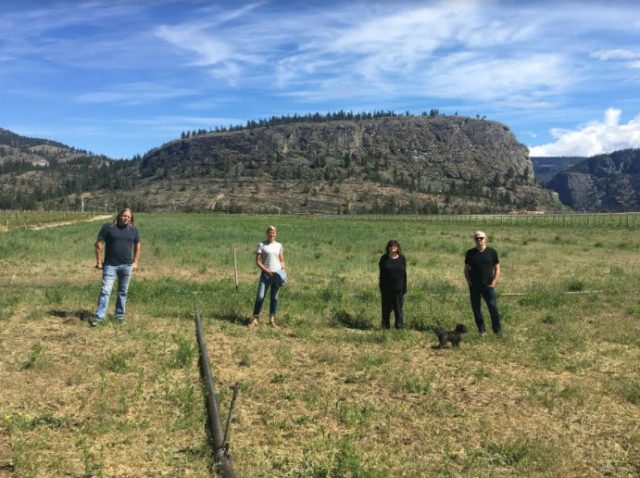 31 MAY 2021 (Penticton, BC) – Today, Route 97 Culture announced their initiative to establish new and unique live music venues and promoter relationships across the BC interior.  Seeking to forge alliances with commercial  partners (wineries, breweries, organic farms), academic institutions (colleges and universities), Indigenous organizations, tourism partners, arts councils  and other pre-existing venue partners – their aim is to bring young emerging and established artists to the region. This project has received funding from Amplify BC, a fund created by the Province of British Columbia and administered by Creative BC to support the province’s music and sound recording industry.

Strengthening the live touring sector in BC’s interior, by building touring infrastructure, is a key goal.  This means ensuring that new venue choices, promoters and resources are available to serve culturally diverse and younger artists. Additionally, their initiative seeks to provide underserved audiences with an array of creators to see and support. The  project is seeking partnerships with both Indigenous organizations and artists, as well as academic institutions in the region who share this goal. They are committed to  strongly  supporting artists from a variety of backgrounds including women, those in the LGBTQ2S+ community and under-represented BIPOC groups.

This project, by design, aims to grow and develop BC’s music ecosystem by solving problems and by having this new network of potential stakeholders invest in BC and Canadian talent.  By finding new performance venues, working out new promoter relationships, developing stronger interconnectedness between academic, Indigenous organizations, arts councils,  and the commercial / tourism  sectors – this project aims to build a viable touring  corridor in the BC Interior for younger artists.  As the Provincial Health Orders for public gatherings are lifted, this initiative will lead to growth in cultural tourism allowing live music to become a larger conduit of positive economic impact.

We acknowledge that Route97 Culture’s offices are on the traditional and unceded territory of the Syilx Okanagan Nation. We carry out our work respectfully on the land of Indigenous Peoples throughout British Columbia and are grateful for the continuing relationships with Indigenous Peoples that develop through our work together.