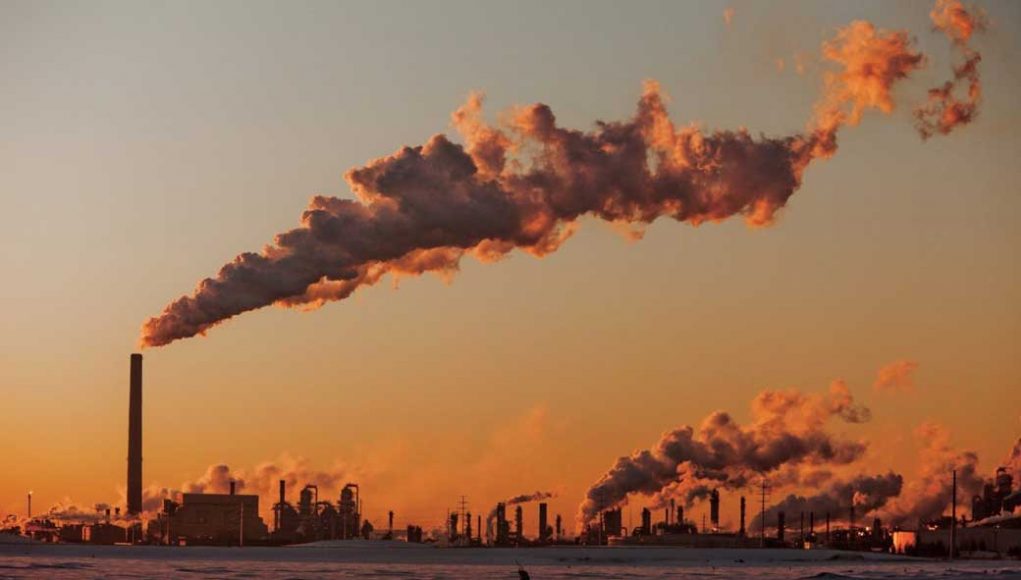 Thirty-three years ago, NASA scientist James Hansen told a U.S. congressional committee the agency was 99 per cent certain a global warming trend was not natural, but caused by a buildup of greenhouse gases in the atmosphere, mainly from burning fossil fuels.

“Global warming has reached a level such that we can ascribe with a high degree of confidence a cause and effect relationship between the greenhouse effect and observed warming,” Hansen said, adding, “It is already happening now.”

It’s shocking that so many people decided the best course would be to shrug and carry on as usual in the face of dire, compelling statements from scientists who thoroughly examined the problem — not to mention evidence building since Joseph Fourier’s discoveries in the 1820s to a U.S. National Academy of Sciences report in 1977 and congressional hearings on climate in the early 1980s held by Rep. Al Gore (later senator, then vice-president). There was talk but little action.

Can that change over the next 30?

“But the pledges by governments to date — even if fully achieved — fall well short of what is required to bring global energy-related carbon dioxide emissions to net zero by 2050 and give the world an even chance of limiting the global temperature rise to 1.5 °C.”

A new report from the International Energy Agency notes that a growing number of governments worldwide are pledging to zero out emissions over the coming decades. “But the pledges by governments to date — even if fully achieved — fall well short of what is required to bring global energy-related carbon dioxide emissions to net zero by 2050 and give the world an even chance of limiting the global temperature rise to 1.5 °C.”

One silver lining in “Net Zero by 2050: A Roadmap for the Global Energy Sector” is its finding that reducing, capturing and neutralizing emissions will benefit human prosperity and well-being beyond simply slowing global heating — although it warns the path “is narrow and requires an unprecedented transformation of how energy is produced, transported and used globally.”

Following recommendations from the report’s “more than 400 milestones” would create “millions of jobs in clean energy, including energy efficiency, as well as in the engineering, manufacturing and construction industries,” an IEA release said. The report stresses governments must minimize hardships for people and communities affected by the energy transition, with regional aid, retraining and locating clean energy infrastructure near affected communities to maintain jobs.

Measures such as providing electricity and clean cooking solutions to those who lack them would bring major health benefits by cutting pollution and could prevent 2.5 million premature deaths a year.

The report finds fossil fuel use must fall from four-fifths of energy supply today to around one-fifth in 2050, and that demand will continue to plummet.

But it means getting off fossil fuels — quickly. Unwillingness to start the transition when we first became aware of the need means we have no time left to lose. The report finds fossil fuel use must fall from four-fifths of energy supply today to around one-fifth in 2050, and that demand will continue to plummet. There’s no place for new coal, oil or gas development, including pipelines. Remaining fossil fuels must be “used in goods where the carbon is embodied in the product such as plastics, in facilities fitted with carbon capture, and in sectors where low-emissions technology options are scarce.”

The immediate goals are to rapidly phase out coal power and internal combustion engine vehicles and halt new oil and gas development.

The report notes most CO2 reductions through to 2030 can be made using available technologies but that “in 2050, almost half the reductions come from technologies that are currently at the demonstration or prototype phase.” Electricity must “play a key role across all sectors, from transport and buildings to industry.”

The road map shows that by 2050, 90 per cent of global electricity generation could come from renewable sources, 70 per cent from solar photovoltaic and wind. A David Suzuki Foundation study also found getting to net zero means electrifying just about everything: cars, buses, trucks, home and building heat pumps, industrial furnaces and more.

The era of coal, oil and gas is over. We’ve done too little for the past 30 years. For the next 30, let’s work toward a cleaner, healthier future for all.