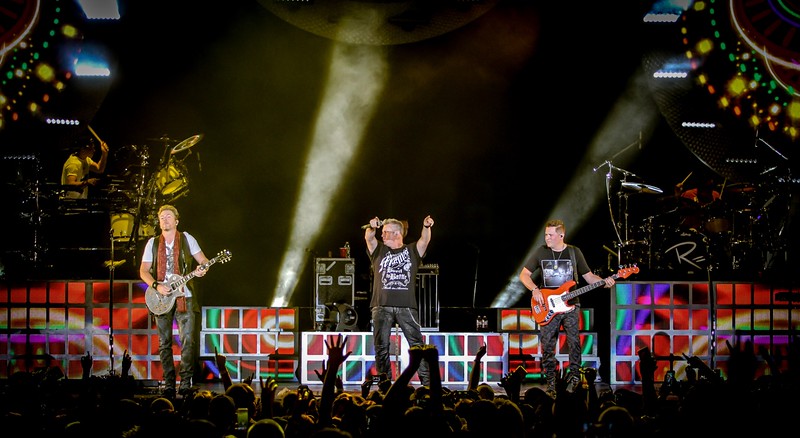 Superstar vocal group Rascal Flatts revealed they will continue their headlining tour into the fall, revealing the FOREVER SUMMER PLAYLIST TOUR will stop in Canada for a special run of shows kicking off on Oct. 24 in Medicine Hat, AB. The trio, who are currently on their stacked SUMMER PLAYLIST TOUR across the United States, have been praised for their show offering a “a nice night of pop-country hits with a little extra flair tossed in” (St. Louis Post Dispatch). The group has invited special guests Aaron Goodvin and Steven Lee Olsen to join them on the newly-announced Canadian run and tickets go on sale starting Monday, June 24.

Time and success have only put Rascal Flatts closer to their core with expert musicianship, razor-sharp vocals and songs that have shaped lives, loves and the genre of country music itself. The trio’s Top 20 single “Back To Life” is currently ascending at Country radio and follows back-to-back chart-topping singles “Yours If You Want It” as well as “I Like The Sound Of That” (Big Machine Records). Rascal Flatts recently dropped a four-song EP, JUKEBOX as a surprise for fans, featuring special spins on their most-loved songs. The group has also earned over 40 trophies from the ACA, ACM, AMA, CMA, People’s Choice and more, also making them the most awarded country group of the past decade. Known as one of the hottest-selling touring acts in any genre with over 10 million tickets sold, the trio is currently on their stacked headlining SUMMER PLAYLIST TOUR playing major cities across the U.S.