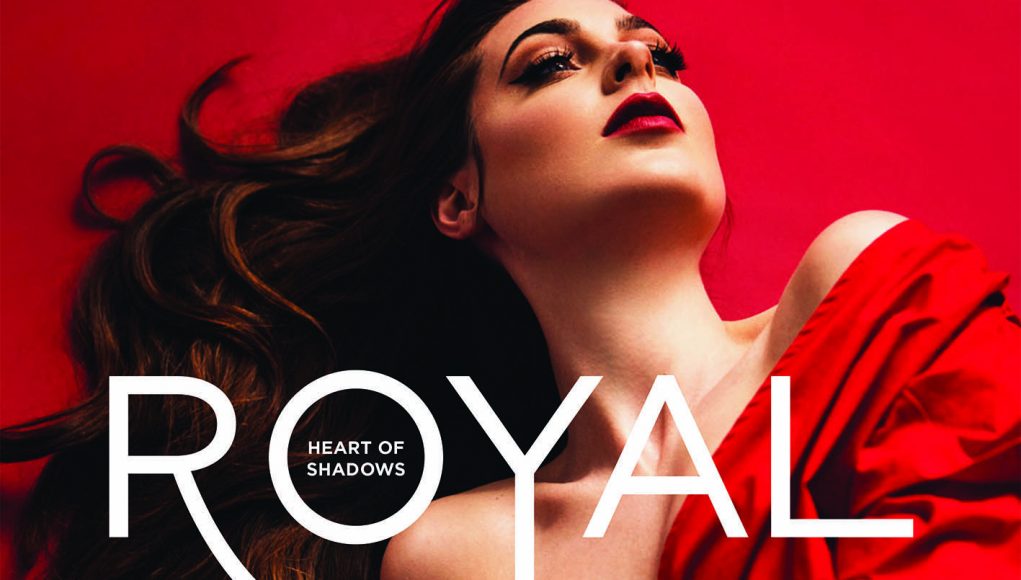 If you haven’t heard her yet, you definitely will soon. Vernon’s ROYAL has released a remarkable new music video, Vessel, the hit single from her Heart of Shadows album. Vessel, which has reached over 100,000 plays on Spotify, showcases ROYAL’s angelic voice in a haunting journey of heartbreak and emotional isolation. It is a love song that reaches into the soul, exposing the vulnerability in us all, one that will surely hold its own against modern musical giants such as Ed Sheeran or Rihanna.

The music video stars the talented Tiera Skovby and Jordan Connor from the hit show Riverdale, a CW series based on the characters from the Archie comics. The top-notch production, stunning vocals, and use of such fabulous actors in the video will clearly generate new fans for ROYAL.

What makes this hype even more special for Okanaganites is that ROYAL was raised in Vernon, BC. As you know the Gonzo team is always on the lookout to support amazing talent, and definitely homegrown talent. I was lucky enough to catch ROYAL for an interview.

Teena Clipston: Why did you decide to use the stage name ROYAL instead of your real name?

Royal: I first started my career as a folk- pop artist under my real name, Jodi Pederson. But as I gradually made the transition to a more cinematic indie-pop sound, it made sense for me to adopt a stage name. The name ROYAL came to me while sitting on a bus contemplating what to call myself that would perfectly embody this dynamic and moody sound that I had now created. It no longer made sense to keep my original name since I had evolved into something completely different. Since then, it’s been nice to start fresh in a new world with a new musical identity.

TC: What was it like growing up in Vernon as a budding musician?

Royal: I am so grateful to have grown up in Vernon as an aspiring artist. I was surrounded by so much love and support from the community with the local radio stations, the open mic cafes where everyone goes to enjoy and support the young local talent, the local news media, and all of my family and friends. It truly shaped me and gave me the confidence I needed to make the next step at the time, which was moving to Toronto in 2008 and recording my very first album, Seasons.

TC: Which high school did you go to?

Royal: I went to Kalamalka Secondary School, but also took an outdoors program called “Quest” at VSS. I was so fortunate to have access to such a great high school education and music program. I believe it made a significant impact on me and contributed to my development as a person and artist. Having teachers who care about their work and their students makes a big difference, and I will always be grateful to the teachers I had for that.

TC: Do you still stay in touch with your friends in Vernon?

Royal: Yes! I have a few friends from back home who will always be a part of my life. They are like family to me. I love going home and getting together with them. Even though years may pass between seeing one another, once we get in a room together, it’s like we were never apart. They were there supporting and urging me to play at the open mic nights. They came to every performance and cheered their heads off. I owe a lot of my success to them for pushing me to break out of my shell and step on stage.

TC: It is said you were discovered by Jack Lenz at a family gathering. How did that come about? What was it like to be “discovered”?

Royal: I was on stage jamming with some of my relatives at a family reunion in Eston, Saskatchewan when Jack Lenz first heard me sing. At that time, I was sixteen and completely unprepared for what would come next. Jack happened to be in the audience and introduced himself when I got off the stage. When I was told about the opportunity to go to Toronto and record an album with him, I thought at first that it was too good to be true. But Jack was true to his word, and just a while later, lo and behold, I went to create and record and experience an introduction to the world of music with him in Toronto. It was like being the needle in a haystack, and he picked me!

TC: What is the thing you enjoy most about your career as a musician?

Royal: What I most enjoy about my career as a musician is the creative process of writing music. Music has always been what I feel most connected to, more than anything else in the world, so I feel incredibly fortunate to be able to make a career of it. Songwriting is like a portal into my own world – the feeling is euphoric and liberating. Having to work the business side of music can be overwhelming at times, but when it gets tough, I can always step back for a moment and fall back into my creative happy place and feel centered again.

TC: In regard to your album Heart of Shadows, it is said that you used your “past darkness” to help compose it. What was that “darkness”? How does it feel looking back on that darkness after the album was completed?

Royal: My life has been filled with many ups and downs – some more impactful than others. Heart of Shadows is a collection of some of those most pivotal moments, and the ones that have become shadows within my mind. There is bittersweet nostalgia when I listen to the songs and when I perform them. It’s difficult not to slip back into those memories as I make my way through the verses. But being able to write them into music has been a form of therapy for me. It’s like I’m placing them in a box and putting them on a shelf, out of reach until I bring them out to share through song.

TC: Vessel is an extraordinary video filled with emotion. Was the emotion behind the song also felt behind the scenes between everyone working on it? Is it everything you wanted it to be?

Royal: The music video for Vessel has drastically surpassed any hint of expectation I ever had for this project. Tiera Skovbye and Jordan Connor perfectly captured and emulated the emotional depth of the song through their characters, and director Riun Garner truly harnessed that emotional quality and brought it to life. I’m so grateful to the entire team of talented individuals and artists who put their hearts and souls into this video, especially producer Aidan Kahn who really made it all happen and worked with me to develop the storyline. I remember sitting behind the camera with Riun and completely losing myself in the moment between Tiera and Jordan. Their on-screen chemistry and overall performance perfectly developed a visual story for the song, and I am so happy with it all.

TC: How was it working with stars Tiera Skovbye and Jordan Connor? Have you ever considered being an actress?

Royal: Working with Tiera and Jordan on this music video was a dream come true. They are two of the most down-to-earth, hilarious, sweetest people you’ll ever meet. I am still blown away that they are in my music video.

I have never considered being an actor. After my failed attempts to run lines with my sister Hannah Pederson – who is an incredible actor – I have decided to leave that title to her. To be an actor is to be able to put yourself within one’s shoes and physically play a character with a camera in your face, which is something I have not yet felt connected to. My heart lies in the ability to express myself through sound, with the cameras at a distance.

TC: Will you be returning to the Okanagan any time soon for a concert?

Royal: Yes! I love playing in my hometown and I cannot wait to perform my new music. I am in the process of organizing some things and will post any updates on my official website and social media channels.