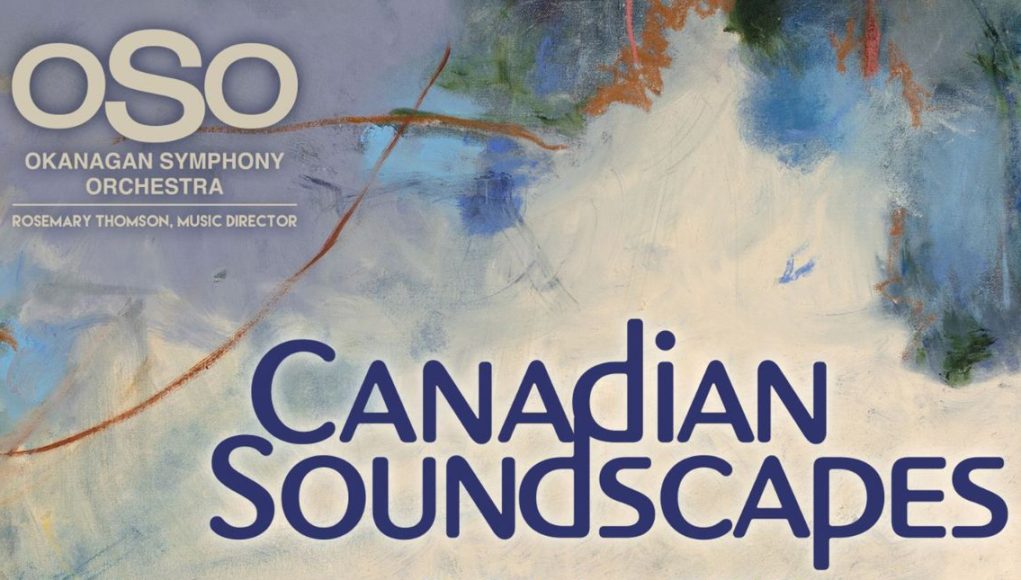 The works were recorded over a period of ten-plus years. “Canadian Soundscapes was many years in the making and involved so many people that seeing it realized is like a dream come true,” says OSO Music Director Rosemary Thomson. “What a thrill to celebrate our own Okanagan composers and performers as well as the extraordinary musicians of the OSO. I think of R. Murray Schafer’s The Falcon’s Trumpet as a quintessentially Canadian piece and we honour Murray’s memory with the title, given that he coined the term ‘soundscape’. It truly is a delight to share these works and these artists in this format across the country.”

The world lost a giant last year with the passing of Canadian icon R. Murray Schafer. Our recording of The Falcon’s Trumpet is the first commercial recording of this work, and trumpeter Guy Few, another Canadian treasure, imbues it with his inimitable style and talent.

Imant Raminsh’s Violin Concerto is a very special piece for Melissa Williams. An alumna of the Okanagan Symphony Youth Orchestra program when it was led by Raminsh, and a childhood friend of his daughter, Melissa brings her personal warmth and experience to this work that Imant originally wrote for Vancouver Symphony Orchestra Concertmaster Robert Davidovici. A resident of Coldstream, for almost 40 years Imant was the principal second violinist of the OSO and is a prolific composer. He was recently invested into the Order of Canada. Melissa is now a core musician with the Houston Grand Opera.

Penticton resident Ernst Schneider and his music are well known by OSO patrons. His lovely Romantic Piano Concerto, recorded in 2019 by Jaeden Izik-Dzurko shortly after his graduation from the Juilliard School in New York, is as beautiful as its name suggests. Jaeden, who was born and raised in Salmon Arm, is on the cusp of a major international career — in recent weeks he has taken top honours at two prestigious international piano competitions: the Hilton Head Piano Competition in South Carolina, and the Maria Canals Barcelona competition in Spain.

Okanagan artist Jane Everett provided the artwork that graces the cover. “Pink Sky at Morning” is part of her Onyx Creek series that is currently on display at the Kelowna International Airport. Learn more about Jane at http://www.janeeverett.ca/.

We also express our thanks to the City of Kelowna for project funding in support of this recording.

Releasing May 13, 2022 on the Centrediscs label, the award-winning label of the Canadian Music Centre, Canadian Soundscapes is available in CD format, for digital download, or streaming on a variety of platforms. The official launch takes place at the OSO’s BACK TO BEETHOVEN concert this Friday at the Kelowna Community Theatre. Learn more at www.canadiansoundscapes.com.

About the OSO: The Okanagan Symphony Orchestra has had the privilege of sharing live music experiences with residents and visitors to the Okanagan for over 60 years. As the third largest professional orchestra in BC, the OSO, through the leadership of Music Director Rosemary Thomson, has produced a highly professional ensemble. In addition to the OSO’s many live public concerts, our community engagement programs bring unique music and learning experiences to preschoolers and their families, students and schools, and to youth through our flagship Okanagan Symphony Youth Orchestra (OSYO). We thank all of our concert and guest artist sponsors, as well as the many individual contributors who donate, sponsor, attend, partner and advise us in the work we do. We are grateful for the financial support of the Province of BC through BC Gaming and the BC Arts Council, the Canada Council for the Arts, the City of Kelowna, the Central Okanagan Foundation, and the North Okanagan Regional District.