Home Lori Welbourne On A Brighter Note – Has the internet made us ruder? by... 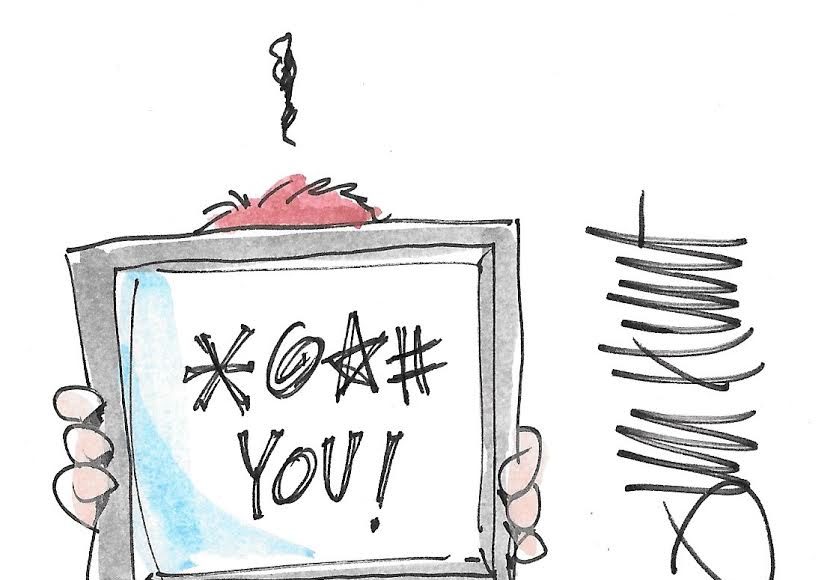 In high school I was introduced to the art of debating. I was enthralled with the whole idea of researching a specific topic, taking a side regardless of personal opinion and then displaying it in a passionate and articulate presentation. It was an interesting way to learn about the subject at hand as well as honing the skills necessary for communicating and negotiating effectively.

In every debate that I watched the interactions were highly respectful and void of any hostility. In fact, those were the rules of the game. I didn’t participate in any verbal debates because I was too afraid of public speaking when I was younger, but I did take part in writing arguments and counterarguments and it was an exercise in not just research, but in pursuasive expression.

Those types of spoken dialogues could also be found less formally on radio and TV talk shows and I became an avid fan, particularly when they had to do with social issues that interested me. The participants weren’t always gracious or dignified, but the most impressive ones were.

And then along came the internet.

Suddenly informal written debates could be found anywhere and everywhere, and are now seen on various social media platforms including short tweets on twitter, long rants on Facebook and the comments section after any story from the media. The objections aren’t always well mannered like most of them used to be with letters to the editor written by people using their real names and providing their real addresses. They’re often so full of sarcasm, cruelty and vulgarities that they can be difficult to read, and whatever message the writer is trying to convey is sacrificed in their presentation of it.

On my own Facebook wall I’ve posted many controversial subjects over the years. Sometimes the discussions have become heated and intense, but the interaction remained respectful. On other posts the opposite happened with name calling, character assassination and even threats.

In posts online where people don’t know each other the discussions become even more absurd, particularly from those using pseudonyms.

A friend who moderates a forum on a media site where almost everyone uses an alias said it’s shocking to read some of what’s written by certain people she knows would never talk that way in person. If they wouldn’t speak directly to someone in such a fashion, why would they do it online?

Some studies have related cyber aggression to road rage, claiming society hasn’t become any ruder because of the internet – it’s just more visible now. I think about my own inner-vehicle venting after someone’s cut me off and it doesn’t compare to what’s seen on the internet because no one witnesses it but me. Of course, some people’s road rage can be far more dangerous than any written word.

Personally I’ve been the recipient of so much online hate and hostility over the years it barely fazes me, but I know how hurtful it can be to those who aren’t used to it and one of my good friends has been struggling with that lately. “They wouldn’t dare say that to my face,” she said recently in tears over heartless comments she was reading. “They shouldn’t write such horrible things.”

They shouldn’t, I agree. There’s no way of controlling that though. We can teach our children to treat others respectfully, and we can live by those principles ourselves, but there’s no way of suppressing how fiendishly others choose to converse. What we can control is how we react – and not taking anything personally is the answer.

I read that in the book “The Four Agreements” about five years ago and found that particular agreement the hardest one at the time. Now I find it the easiest.

Don Miguel wrote in his book: “Nothing others do is because of you. What others say and do is a projection of their own reality, their own dream. When you are immune to the opinions and actions of others, you won’t be the victim of needless suffering.”

That’s true, and I wish I’d learned it in my youth.

One of his other agreements, to “Be Impeccable with your Word” is something all those communicating  badly should give a try. For that he wrote:  “Speak with integrity. Say only what you mean. Avoid using the Word to speak against yourself or to gossip about others. Use the power of your Word in the direction of truth and love.”

A great strategy for anyone wanting to be heard, desiring inner peace and hoping to win a debate.