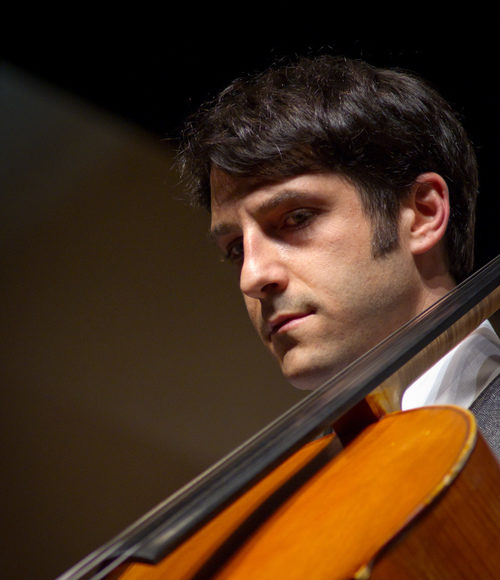 “Classical elegance and courtly charm describe the music of Mozart’s era,” comments Rosemary Thomson, Music Director Okanagan Symphony Orchestra. “Featuring music written in or inspired by the 18th Century, this concert will be luminous and graceful, showing off the classic beauty of the era.”

Ariel Barnes is described as creating a “mesmerizing musical experience” by combining his “deep personal connection” (Toronto Live Music Report), “luscious tone and technical prowess”(The Vancouver Sun), cellist Ariel Barnes is internationally recognized for his unique tone and passionate performances.  Equally comfortable in musical languages from the Baroque to music of our modern times, his performances range from evenings of unaccompanied Bach to world premiers of contemporary art music.  He has been hailed as a “rising star” by the Georgia Straight, “a musician of real stature” by the Vancouver Sun and his solo and chamber music recordings have been nominated for a Juno Award and two Western Canadian Music Awards.   One half of the contemporary music duo Couloir, Ariel is actively involved in the development of 21st Century Art Music.  Couloir recently released their debut CD “Wine Dark Sea” on Ravello Records, showcasing World Premier recordings of original compositions, written especially for this beautiful and rare combination of cello and harp (www.couloir.ca).  As a winner of the 2012 Canada Council Instrument Bank Competition, he has been awarded the use of the 1730 Newland Johannes Franciscus Celoniatus cello, built in Turin, Italy, for the next 3 years.  In January 2013, Ariel was appointed Principal Cello of the Vancouver Symphony Orchestra.

“The music from this concert includes Dances of the Furies & Blessed Spirits from Orfeo ed Euridice, Gluck; Luminous Light, Lee; Variations on a Rococo Theme op. 33, Tchaikovsky; and Symphony No. 40, K.550 in G Minor, Mozart,” states Thomson. “Guests will experience an evening of some of the most popular classics showcased by our talented professional orchestra and the exceptional Ariel Barnes on cello. I have also produced a short video as a brief pre-concert chat which will outline one of the pieces performed this weekend, to view go to our website at www.okanagansymphony.com.”

Symphony Matters: OSO presents music worth shovelling your driveway for!