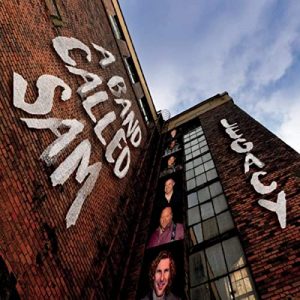 The blues are everywhere.  This funky slice of heaven comes from Long Island. Legacy honors the soulful legacy of the band’s founder while kicking some ass along the way.

Sam “Bluzman” Taylor began his musical career while stationed at the Westhampton Beach Air Force Base.  A singer, songwriter, producer and actor he performed with Joey Dee & The Starlighters, wrote songs for Maxine Brown and BT Express and was the musical director for Otis Redding, The Isley Brothers and The Drifters.  Sam passed away in 2009, but his ‘legacy’ continues.

A Band Called Sam includes his daughter Sandra at the mic, a fiercely talented blues belter whose voice is supple, rich, forceful and when called for downright ballsy, a cross between Shemekia Copeland and Katie Webster.  The band is loaded with uncommonly talented musicians; Sam Taylor’s grandson Lawrence Worrell on vocals and guitar, drummer Mario Staino, bassist Gary Grob, Gary Sellars on vocals and guitar, and Danny Kean on keys and vocals.  To find out some of the cool cats they’ve played with, check out the website at the end of this review.  Not sure who is playing horns on Legacy or who wrote their charts but the bright stabs & funky lines make the album more delicious.

Three things stand out to make Legacy a compelling listen; Sandra’s fierce vocals, some great blues guitar playing and a supple, sinewy rhythm section that stretches and pulls while somehow managing to stay deep in the pocket.  If Sam Taylor, wherever he is, can somehow hear what his daughter and the guys are up to, it’s a safe bet he’s beaming with pride and dancing on a cloud.  This disc also manages the nifty trick of sounding old school and timeless all at once, quite a feat if you can pull it off, although Funny is a doo-wop ballad that really takes you back.

Legacy packs a powerful punch and the deft, stunning musicianship makes repeated listens a must.  I’m lovin’ it!

KEY CUTS:  Voice Of The Blues, Devil In Your Eyes, Funny 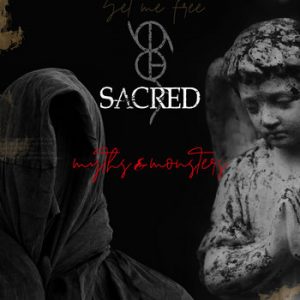 Here is the sophomore E.P. for this modern rock collective out of Milwaukee.  Myths & Monsters is thick, dense gregarious and occasionally crunchy- perfect for cranking up and pounding the steering wheel to.

Myths & Monsters was recorded in Milwaukee by Kevin Ardnt at the Exchange Recording Complex and mastered by Ted Jensen at Sterling Sound. Those last 2 names, if you’re like me and enjoy reading the liner notes, will be familiar to you.  Sacred are catching some pretty important ears with Berlin Wall, the first single, being mixed by Tom Lord-Alge, who’s also worked with Shinedown, Blink 182, Fall Out Boy, Santana and Green Day; I’d say that’s some pretty decent company.

Myths & Monsters is hard rock yet quite melodic too, almost in a pop sort of way- the kind if stuff you hear on modern rock radio these days.  Yes there are some guitar solos, but not the huge heroic sort of things that are prevalent in classic rock.  When they bust out a solo it adds to the narrative of the song, not one of those “Hey, look how fast I can play” sort of deals.  The songs themselves are quite simple structurally but that’s what we want from rock & roll, even the modern rock stuff with a keen sense of drama like this. 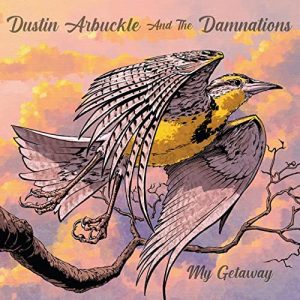 A breathtaking debut here for this band.  My Getaway is equal parts blues, Americana and folk with a vintage rock vibe, a swampy brew with a dark heart.

“We’re really trying to paint a big canvas” says singer/ harp player Arbuckle. “When we started playing together we all wanted the band to be a space where we could play anything we wanted to, and that’s created this cross-genre electric Americana vibe. We bring together so many different aspects of American music to make something unique.”  If you dig the blues you’ll hear and feel that first but there’s so much more going on, a gratifying cacophony with a meaty and juicy consistency.  Listening to My Getaway and expecting one vibe or one thing could be like listening to a Neil Young album for that same reason; it just ain’t gonna happen. “We’ve each brought our own distinct and different influences to the table” continues Dustin, “and because of the way we’ve used that to cultivate our sound, this record reinforces what the driving idea behind the band has been since we started. It comes together in a really cohesive way and feels like us.”

Gritty and somewhat disheveled but never ill-mannered, My Getaway has the feel of a gnarly outlaw accustomed to making his own rules. The songs here span a range of styles and moods from a Hill Country stomp through cranked up Fender Twins to Nick Cave riffing on Led Zeppelin III, or the Laurel Canyon sound filtered through a southern swamp, not unlike what John Fogerty and CCR did with their California-born rock & roll.  Just when you think you have this disc pinned down to one thing it shifts and you have to rethink how you feel about it, and I really dig that.  My Getaway is a musical adventure that I highly recommend. 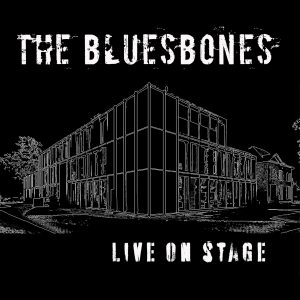 This is a passionate performance, lightning in a bottle of you will, from one of Belgium’s best blues combos.  Live On Stage, recorded at the end of last year, is a dirty delight with shots of slide guitar, plenty of Hammond B-3 and great singing.  It’s blues heaven.

Recorded at the Swing Wespelaar Festival while on tour to support their successful 2018 release Chasing Shadows, The Bluesbones had no idea that the live music scene would be decimated within a couple of months by our ol’ buddy Covid, and a planned promotional tour through Europe cancelled.  “We decided to release the record this year because the album has something special and we want to share the live Corona-free vibe of that particular night” says singer Nico DeCock, who has been compared to Eric Burdon.  “We hope this record will recall the atmosphere of a live concert without restrictions and hopefully how life will look again in the near future.”

There’s something special about capturing a band on tape when they’re really on their game, and that is definitely the case here with the Bluesbones- five superb musicians, all experts in their respective crafts and going for broke on song after song after song.  For the record they are; Nico on vocals, Stef Paglia on guitar, Edwin Risbourg on Hammond, Geert Boeckx on bass, and Jens Roelandt on drums.  Geert and Jens make staying in the pocket seem effortless, Edwin’s Hammond work is dramatic, and Stef impresses on guitar.  They move together as one gigantic, supple groove and DeCock howls, moans and pleads on top of this unstoppable freight train.  Whether it’s full steam ahead on a rockin’ blues like Find My Way Out or getting down on a spine tingling slow blues like Sealed Souls, you are fully aware that you are witnessing something special and that you are in the hands of masters.

Full of emotion, the highs and lows that make the blues so universal no matter where you come from, Live On Stage is The Bluesbones at the height of their considerable powers. 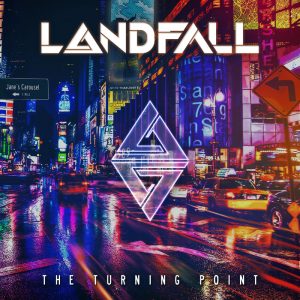 Once upon a time, rock & roll and pop music were not mutually exclusive, and that lesson has not been lost on Brazil’s Landfall.  Expressive, melodic and hard in the right places, The Turning Point is one of those records that echoes and lingers after the last track has finished playing.

Landfall was originally started by drummer Felipe Souzza and guitarist Marcelo Gelbcke, childhood chums who’ve been playing together since the age of 15.  Back then the band was known as W.I.L.D. and opened for acts like Glenn Hughes.  When vocalist Gui Oliver came along, they changed their name to Landfall and a legend-to-be was born.

The Turning Point is hard rock with a pop sensibility; hooks galore powered by melodies that stay with you.  As a singer Gui Oliver has been compared to Steve Perry and you can totally hear that when he lets loose, so there’s a Journey-like feel to their particular brand of rock & roll.  If you’re looking for the muscle on these tracks you’ll find it in Marcelo’s guitar playing; great chugging palm muted riffs and lead breaks that are expressive but not overblown- tasteful would be the right word to use here.

As far as rock & roll goes, Landfall’s place is somewhere between Journey and slightly heavier 80’s bands like White Lion, Dokken and Extreme. There’s a definite 80’s vibe at work here and I know some people might feel snobby about that, but for some of us the 80’s were a pretty good time.  The rhythm section is quite journeyman-like with a no nonsense ‘get the job done’ approach, which lays a solid foundation providing Marcelo Gelbcke and Gui Oliver the backing they need to really soar. Put these 4 guys together and you’ve got a rock solid band that can hold their own against almost anybody.

I suppose the drawback is the 80’s rock sound and that some will find it dates the record, but I’m thoroughly enjoying the great musicianship and the melodic punch that the songs pack.  The Turning Point might not be everyone’s cup of tea, but I like it just fine.