Microsoft Designed An App To Rate Your Facial Expressions Against Emojis

Another day in the app development world…and there is an app for another thing which no one could have predicted – comparing your facial expressions against emojis. 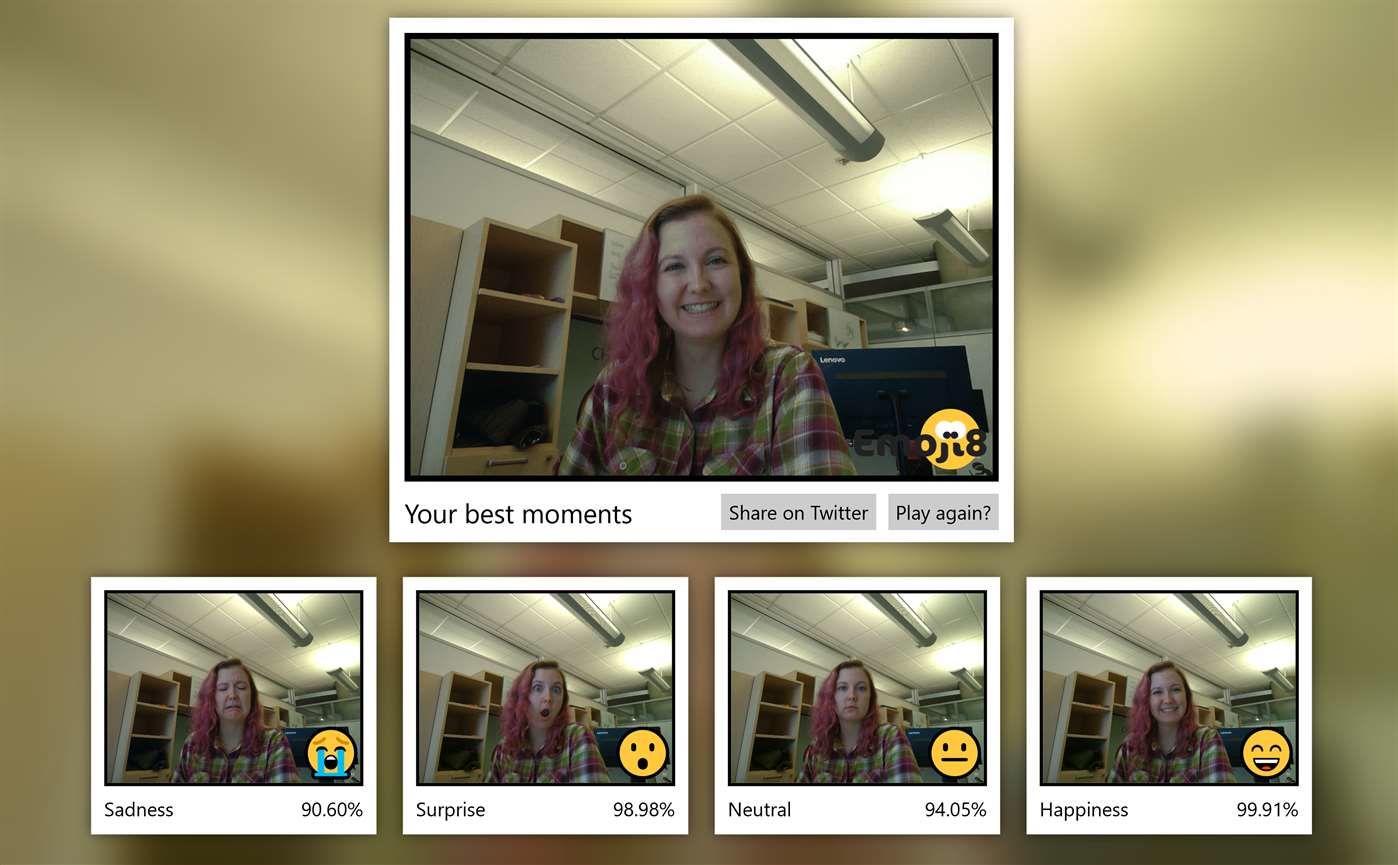 However, we should all admit it…

Trying to replicate a specific emoji is definitely something that screams fun and laughter. Microsoft decided to coin this idea, launching a free Windows app that uses machine learning to guess the facial expression that you are making every time you are imitating an emoji.

The App That Scores You Against Emojis Is Officially Here

Called Emoji8, this app will give you a score for how well you recreate the emoji and is meant to show off the capabilities of this brand of artificial intelligence in an easy and accessible way.

In other words, you can use Emoji8 to mimic emojis. After the app analyzes the video feed from your computer’s webcam, it will tell you the percentage of accuracy and gives you the option of creating a gif with some of your “craziest facial expressions” which you can share on Twitter.

Microsoft Has A Benefit Too…

Microsoft’s benefit, however, will come in a way of showing the giant how flexible its machine learning prowess is.

At the end of the day, it is a bit weird for us to compare ourselves against circle-like characters – and see that we match with 90% of their expressions – right?