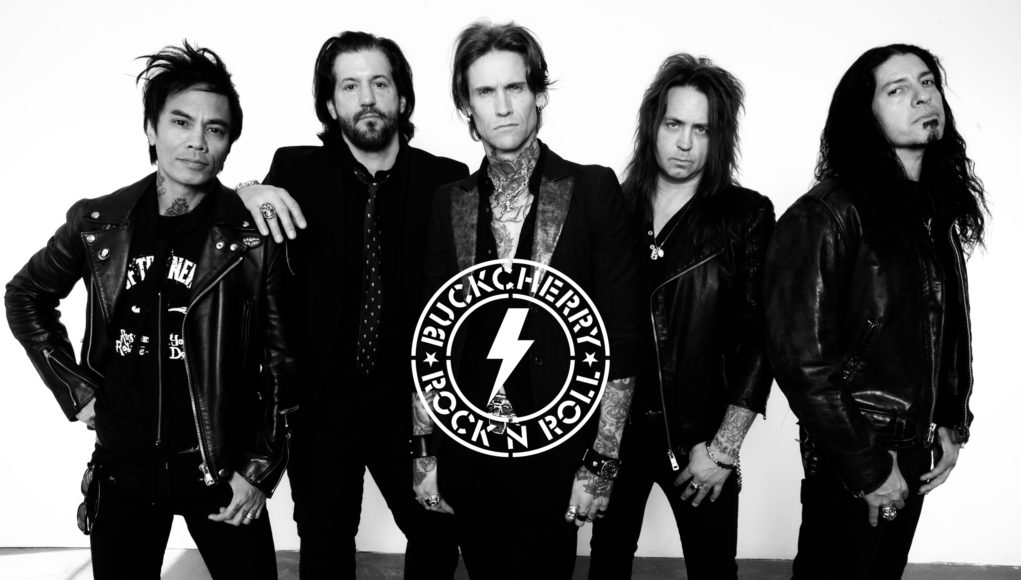 Penticton, BC: California’s notorious, multi-platinum-selling rock band BUCKCHERRY with special guest SEBASTIAN BACH and support from THE WILD! are set to take over the Penticton Trade and Convention Centre on November 3!2016 is a special year for BUCKCHERRY – being the 10th anniversary of their acclaimed 15 album and the huge rock hit that was Crazy Bitch. On their seventh studio album Rock ‘n’ Roll (released in 2015), the Los Angeles quintet—Josh Todd (vocals), Keith Nelson (guitar), Stevie D. (guitar), Xavier Muriel (drums), and Kelly LeMieux (bass)—staunchly uphold the commandments of rock music with an arsenal of new anthems primed to explode on impact and teeming with riotous energy, sexy swagger, and primal chops intact. It’s something that the boys have done since day one, but it’s more necessary now than ever.BUCKCHERRY has added fuel to the genre’s fire for nearly two decades now. The Grammy Award-nominated outfit is responsible for smashes including Lit Up off their gold-certified 1999 self-titled debut as well as Crazy Bitch and Sorry from 2006’s platinum 15. Along the way, they’ve shared stages with everybody from AC/DC and Mötley Crüe to Slipknot and Rob Zombie, among others.SEBASTIAN BACH, the original voice of Skid Row, has sold over twenty million records both as the lead singer of Skid Row and as a solo artist.  He is particularly known for the hit singles I Remember You, Youth Gone Wild and 18 & Life and the albums Skid Row and Slave to the Grind, which became the first ever hard rock album to debut at #1 on the Billboard Top 200.THE WILD! is a Canadian rock n’ roll band hailing from Kelowna, BC. In 2012 they released their first single Road House and on April 21, 2015 launched their debut album GxDxWxB.  The band incudes Dylan Villian (lead guitar and vocals), The Kid (rhythm guitar), Lucas Boozus’ (bass & vocals) and Reese Lightning (drums).  For more information visit: www.thewildrocknroll.com Tickets for the BUCKCHERRY with special guest SEBASTIAN BACH and support from THE WILD! are $45*and go on sale to the general public on Saturday, September 17 at 10am. Tickets can be purchased in person at the Valley First Box Office (at the SOEC), by phone 1.877.763.2849 or online at www.valleyfirsttix.com .