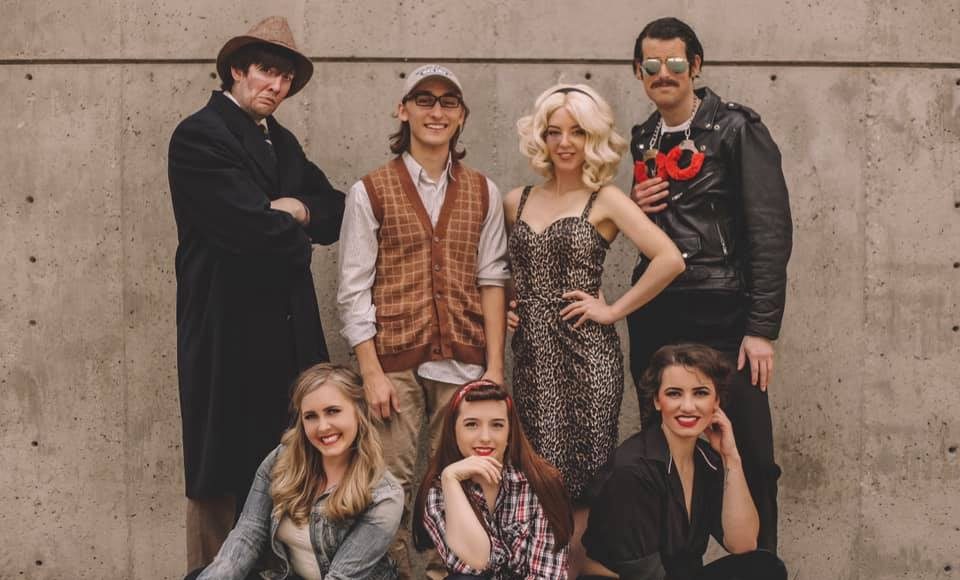 There is a-man eating plant in Studio 100 at Rotary Centre For The Arts and her name is Audrey II. The unusual plant at Mushnik and Son’s Skid Row Florist is actually all part of New Vintage Theatre’s upcoming mega-musical, Little Shop of Horrors.

In 1983 Little Shop of Horrors beat Cats for the New York Critics Best Musical award and ran for a record breaking 2209 performances over 5 years making it the third longest running Off-Broadway musical of all time.

Audrey II is the plant named by Seymour (Corey Hendricks), the show’s nerdy horticulturist hero, for the woman he adores. Audrey (Joanne Booth) is a shop clerk with a heart of gold, finds herself but trapped in a relationship with abusive Orrin (Mac Mackay) her terrifying dentist boyfriend who loves Elvis, but treats her like garbage.

“Seymour starts to capture Audrey’s eye when he brings the “strange and interesting” plant to Mushnik’s, but what he doesn’t say is that he has to feed it blood in order to get it to keep growing. Enter the “horror” part of the musical,” says New Vintage Artistic Director Bonnie Gratz.

Directed and choreographed by Danny Tagle; with music by Lyndsey Wong and featuring an all-star band including local pros Loni Moger, Mike Jervis, Graham Vink and Aaron Anderson, this hilarious cult comedy hit is a must see. It’s not suitable for kids; but teens and adults will love the “horrible” happenings and music down on Skid Row. There will even be a fun unusual plant sale with prizes in the lobby pre-show.

Little Shop of Horrors runs May 16-26
at The Mary Irwin Theatre; Shows at 7pm, 2pm

Tickets are available at www.rotarycentreforthearts.com