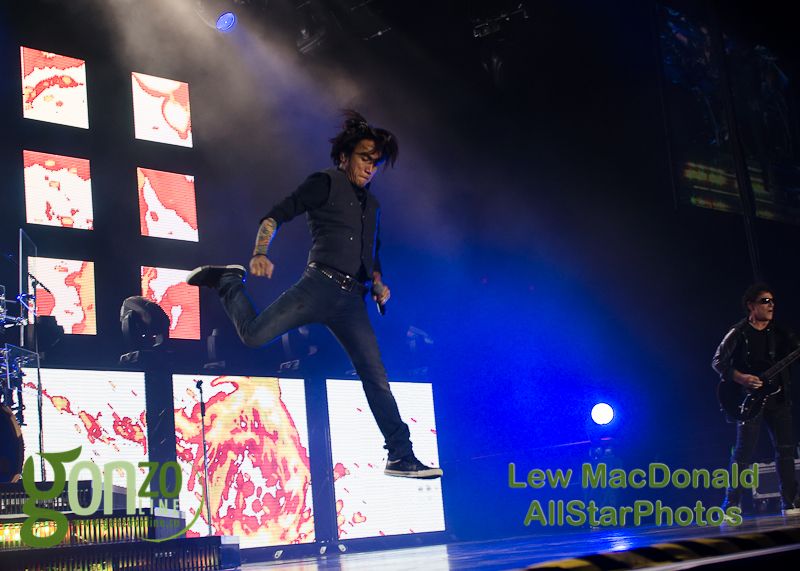 Steve Perry is one of my favourite vocalists. His hits with Journey like Any Way You Want It, Separate Ways, Don’t Stop Believing and many more are nearly impossible to get out of my head after hearing them just once.

For me, the thought of seeing Journey live without Steve Perry left me feeling uninspired, however that all changed last night at Prospera Arena in Kelowna, BC with Arnel Pineda.In early 2007 Neal Schon, lead guitarist of Journey, reached out to Arnel Pineda after viewing Pineda leading his band “The Zoo” on YouTube, doing cover songs by Aerosmith, Led Zeppelin, The Eagles and of course Journey.Schon invited Arnel to audition in for them in the US. That was August 2007 and by February 2008 Arnel Pineda had won them over and debuted as Journey’s new front man.His vocals are very similar to Steve Perry’s, and when you combine his never-ending onstage energy with the tight sound of Neal Schon, Ross Valory and Jonathan Cain, you have a recipe for an amazing night of classic rock and roll.More images to come!