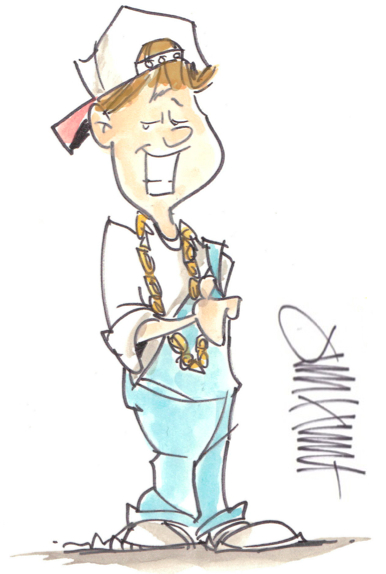 Canadians are known for being polite people, but last weekend thousands of spectators at the Grey Cup game in Toronto were anything but when they aggressively booed their nation’s most famous young superstar before, during and after his half-time performance.

Okay, I understand these predominantly male football fans are not remotely interested in Justin Bieber’s singing and dancing, but didn’t they learn in kindergarten that if you don’t have anything nice to say, don’t say anything at all? Perhaps they missed a class.

I have to admit, the 18-year-old singing sensation isn’t my cup of tea either, but I’m sure he’s okay with that. He has millions and millions of adoring fans all over the world screaming for him the way my generation screamed for Michael Jackson and my mother’s generation screamed for The Beatles. Since not many football fans have Bieber fever, booking him as part of the half-time show was clearly a ploy to boost their ratings. Undoubtedly it worked in that regard.

“The spectators at the game paid good money for their tickets,” one of my friends said in defense of their behaviour. “They have every right to show their displeasure.” But who are they displeased with? The organizers that booked an entertainer who was obviously not someone their fans would appreciate? Or the entertainer who was doing what he was hired to do?

“Bieber is an embarrassment to Canada,” my friend continued. “Wearing undone overalls and a backwards baseball hat to receive an award from the Prime Minister is an absolute disgrace!”

I have to say, if he were my son, I would have strongly encouraged him to change into a nice suit to receive such an honour backstage during rehearsals, but his questionable wardrobe choice doesn’t warrant the kind of revulsion normally reserved for violent criminals.

The severe backlash against Justin Bieber has baffled me for years, and it continues to surprise me as it becomes more intense. I’ll never forget the first grown man I heard spewing venom and practically frothing at the mouth over the young singer when he first became a break-out star. Being the mother of two children who loved Justin’s music, I felt defensive on their behalf as well as his.

In the world of arts and entertainment, what’s considered good or bad is entirely subjective.  Pleasing everyone, as we all know, isn’t possible. Do we really need to get aggressively rude towards someone just because we don’t like them or their work? Who among us would enjoy that type of treatment?

I guess if the trade-off is fame, fortune and the adoration of millions, most of us would learn to ignore the angry haters and recognize the jealousy, resentment and hostility for what it’s worth: nothing.

As a Canadian, I’m extremely proud of my fellow countryman for his astonishing success and contentious talent. His music might not be on my playlist, and I probably won’t be taking any fashion tips from him either, but the Biebs will never hear any booing from me. Like most Canadians, I’m far too polite for that.