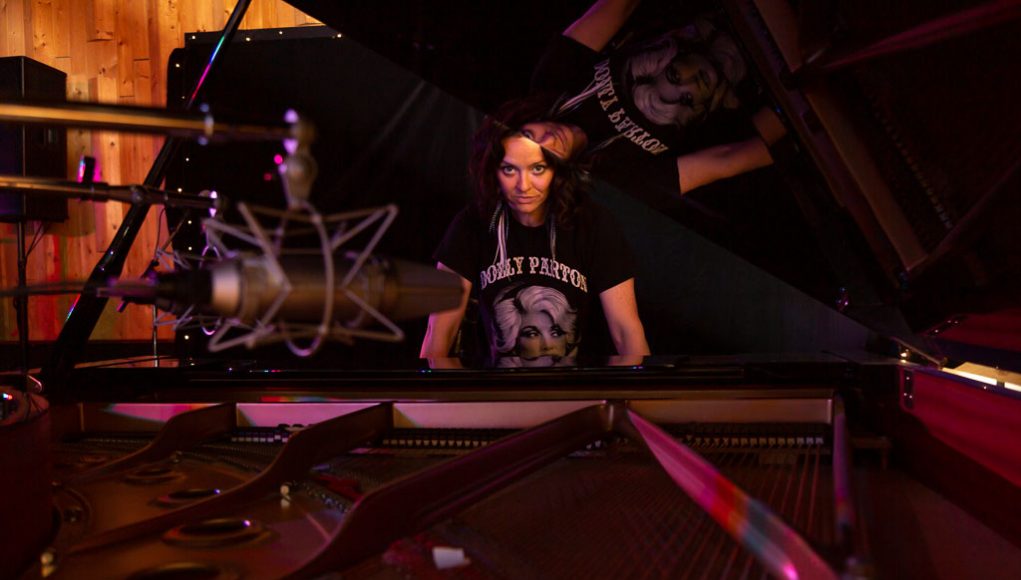 Vancouver artist Joan Bessie will be bringing her cabaret pop and 90s house sound to the Pogue Mahone Irish Alehouse in Kamloops this Saturday night, Sept. 7.

Joan has been something of an unshakable presence both on the web and on CBC Radio in the last number of years – hitting the Top 20 across Canada with her song G.G.

Joan’s latest six track album, Songs For Sadie is dedicated to her trusty rescue hound who was by her side in the studio and on the road and is now chasing rabbits in the sky.

“She was a true companion and was the coolest studio and road dog ever. She was a rescue that I adopted as an older dog from the Calgary SPCA and I enjoyed 11 great years with her,” said Joan.

Joan’s favourite song to play live is Naked in the Rain.

“It’s so satisfying on every level; my long-time bass player, Darren Parris said it feels like it would satisfy the jazz nerds, but flows like a pop song,” she said.

Her new EP, available on Spotify, is a beautiful mix of cabaret pop, heavier beats and melodic lullabies.

The first single, Cheap Junkies, had over 100,000 views within weeks of the video’s debut.

“This record was a true journey to create. Last Bruise is a survival anthem and is one of the heavier sounding tracks on the album while Hang on Me was written as a lullaby. Unloaded has a deep groove and Lost In You just makes me feel like I can float,” she said. “I feel like the album has movement and variety and I worked with an incredible team who really got my vision for this project.”

Another exciting reason to give these addictive tracks a good listen is Mother Mother drummer Ali Siadat contributed to the album.

“I could see that Ali really knows how to play for the song. We worked out a lot of the material without a click track and just dug into the feel of playing live in the studio,” she said. “I’ve also had the pleasure of playing a couple of full band shows with him when he is not touring the world for the new Mother Mother record and it’s magical.”

Joan is looking forward to playing her new songs in front of the Kamloops audience, especially in a great Irish bar like the Pogue Mahone.

“Playing live let’s me connect with the audience and actually be part of their listening journey.”