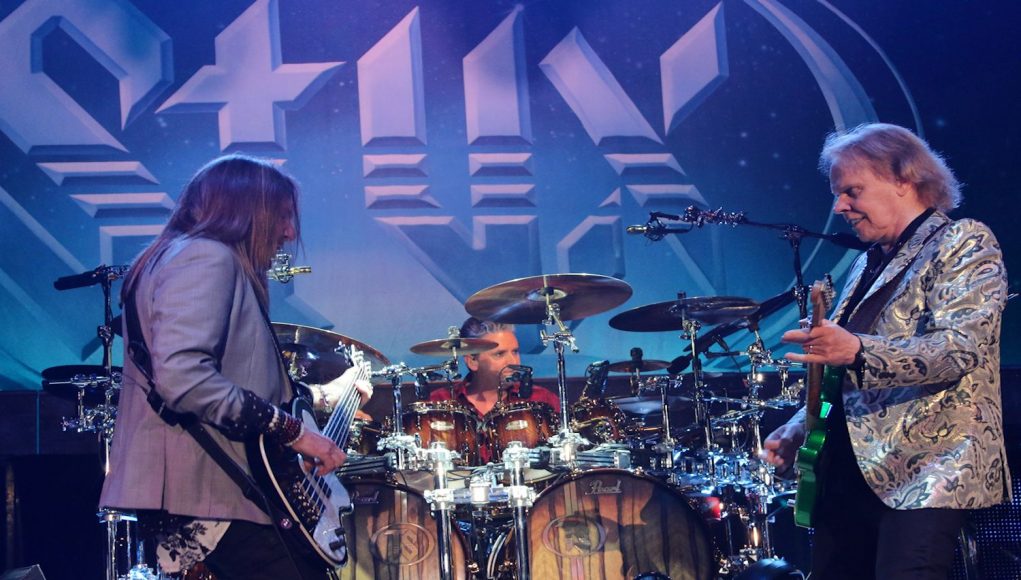 The oldest classic rock bands teamed up to tour across Canada, making a stop in beautiful Penticton, at the South Okanagan Events Centre arena Wednesday evening. The energetic main act was Styx, alongside special guests, Loverboy.

Loverboy’s lead singer, Mike Reno, was so enthusiastic to be back in his old stomping grounds that he wore a t-shirt on stage saying Straight Outta Penticton. Reno also added, “Great to be back home.”

Great performance because the last time Loverboy played in the Okanagan was in Kelowna at Rock the Lake in 2017. Loverboy finished up their set with 2 hit songs, “Turn Me Loose” and “Working for the Weekend.”, the audience participated for both tunes.

Then the band everyone had been excitedly anticipating, Styx, started off with a newer song called “Gone, Gone, Gone” from the Mission album released in 2017. Keyboard player, Lawrence Gowan, originally from Ontario, said, “We are really grateful to be back in Canada because of this song which helped us here in this great country. Here’s “Suite Madam Blue.”

One of the members mentioned that the album The Grand Illusion sold 6 million copies, and said a big thank you to those who did buy that wonderful album. Gowan did a fabulous job on the keyboard solo of “A Criminal Mind.” It was an incredible job, even with the band backing him up.

One of the worst things that an artist can do is interrupt by saying, “Well, it was almost as good as Toronto.” The audience booed heavily, as there’s a pretty intense rivalry between East and West Coasts.

The majority of the crowd, age-wise, were Gen Xers of 40 years and older who came out in droves from the South Okanagan to Kelowna. It was a great evening to attend the concert as it was talked about non-stop for five weeks on social media leading up this show, creating great hype. This was Styx’s and Loverboy’s final show date on this leg of the tour. Now Styx will be beginning their USA tour in early October.