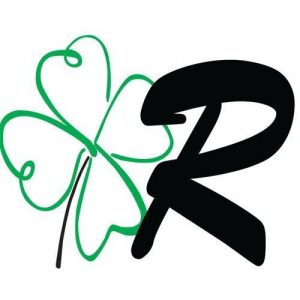 Sadly this week I join many other local music lovers in saying farewell to Riley’s Pub.

In a strange year of saying goodbye to so many influential individuals in our community I admit it’s a bit easier to say farewell to a business than a human life. However for many, Riley’s Pub was a sanctuary or place to hang with friends – or in the hopes of making some.

During the past 4 years or so Riley’s Pub took on a refreshed musical face as owner Karen Riley returned to hosting live music in her venue. Over the years a variety of local talented artists played in the popular pub on the Westside, however of late the venue played home to a superb Sunday night jam.  Led by the Green Room Riders consisting of Jim Ryan, Scott  Grant and Gary Smyth – Riley’s Pub regularly featured some well known local music stars as well as playing host to a number of new faces and voices.

Also part of the incredible talent that graced Riley’s Stage regularly was The Slamdogs, consisting of Alfie Galpin who from The Headpins, Tad Goddard from Prism along with Eddie Galpin were influential from the first day to the last. For almost 4 years they stood beside me building this musical sanctuary to what it became… the best jam to hit the Okanagan in decades they are solely responsible for the success it became and in providing a musical experience for so many.

For avid music fans such as Karen Abramsen, Kohbi Flor, Kerry Martinson and many others the search for another new live music venue will now begin. Hopefully the wait will not be long. Talented musicians such as the Riders, Jim LeGuilloux, Duelling Pianos, The Young Uns and others need and deserve suitable locations where they can share their skills for thankful musicians.

Many thanks to Karen Riley and staff for years of sharing and caring.

Another farewell of sorts and tip of the hat today to Daniel and Henrick Sedin of Vancouver Canuck fame.

The talented twins have announced that they are retiring at the end of this NHL season after 17 amazing years of displaying their skills. It is disappointing that after attaining such gifted guys Canuck management never managed to amass enough other talent on the club to help the dynamic Swedish duo win the coveted Stanley Cup.

Despite that blemish on their illustrious career the Sedins retire as the greatest brother act ever in the NHL and without question the highlight in Canuck NHL history. With some promising youngsters joining the team the past year or two the future looks brighter for Vancouver than it has been for a long time. Too bad the twins will not be around to share in that potential success.

A hearty welcome home to two Kelowna residents who represented our town and nation well at the recent the 2018 Pyeongchang Winter Games.  Olympic Gold Medalist Kelsey Serwa and Olympian Tess Critchlow returned home earlier this week and were welcomed by supporters at an event Wednesday at Stuart Park. Well done ladies – you were superb.

Last but not least a hearty happy birthday to my very old brother Vic who turns 67 today (April 6).  Due to our age difference (he’s five years older) we did not know each other that well as kids. In the past few years however, despite the miles that separate us, we have got to know each much better and I am thankful for that. I have discovered that he is almost as nice and bright as I am despite his inability to match my good looks or charm.

A child genius, gifted photographer, and business prodigy of sorts Vic left home early to seek a promising career in retail. For a variety of reasons though life got messy for my brother and eventually went into a downward spiral succumbing to the pressure and demands of trying to meet the expectations of others.

After a few years of alcohol blur and losing pretty much everything, Vic finally found the help he needed at a rehab facility and later a halfway house. Today my brother is a Anglican minister in Ontario on the verge of retirement after many years of serving his maker and helping thousands of parish members.

When I am feeling weak or beaten or like giving in to many of the negatives that can pop into daily life – I take strength and solace in the actions and braveness of my brother. He remains my inspiration and motivation – and I am thankful to him for so much.

I love you big brother, even if you are still not as wonderful as me. It’s not your fault that mom liked me best. Happy Birthday.