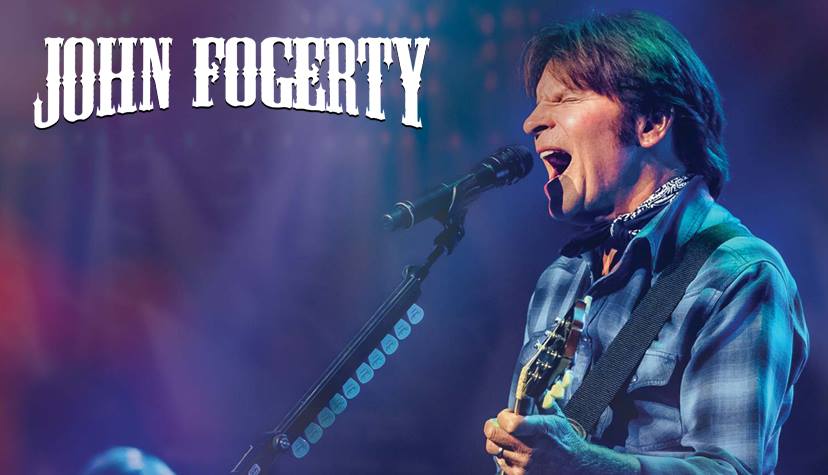 With a career spanning more than 50 years, John Fogerty is hailed as one of the most influential musicians in rock history, known for creating the soundtrack of a generation. As leader of Creedence Clearwater Revival, the group’s chief musical architect, and as a solo artist, Fogerty’s works rank as some of the most influential in American music history. As the writer, singer and producer of numerous classic hits including ‘Born on the Bayou’, ‘Green River’, ‘Proud Mary’, and ‘Bad Moon Rising’, Fogerty has been honored as one of the 100 Greatest Guitarists, 100 Greatest Songwriters, and 100 Greatest Singers by Rolling Stone. Earning induction to the Rock and Roll Hall of Fame, Songwriters Hall of Fame, and Baseball Hall of Fame, he is also a New York Times best-selling author for his memoir, Fortunate Son: My Life, My Music.

Fogerty is a true American treasure, one of popular music’s all-time greatest singers, guitar players, and songwriters. His remarkable career began in his hometown of El Cerrito, California, soon earning massive popular and critical success with the one and only Creedence Clearwater Revival. As leader of CCR, Fogerty forged a distinctive, groundbreaking sound all his own, equal parts blues, country, pop, rockabilly, R&B, swamp boogie, and Southern fried rock ‘n’ roll, all united by his uniquely evocative lyrical perspective.

After Creedence Clearwater Revival called it quits in 1972, Fogerty embarked on what would prove to be an equally impressive solo career.  Among its many highlights are 1975’s John Fogerty – featuring the rollicking ‘Rockin’ All Over The World’ – and 1985’s #1 phenomenon, Centrefield.  With its trio of timeless hit singles, including ‘The Old Man Down The Road,’ ‘Rock And Roll Girls,’ and the irresistible title track, the multi-platinum collection marked Fogerty’s glorious return to the forefront of modern rock ‘n’ roll.