Have you ever played Angry Birds?

If yes, you know the excitement of hitting a record and beating your friends in a specific mission – with your favorite birdies. If not, you are missing out on a lot of fun and excitement from this very addicting game. 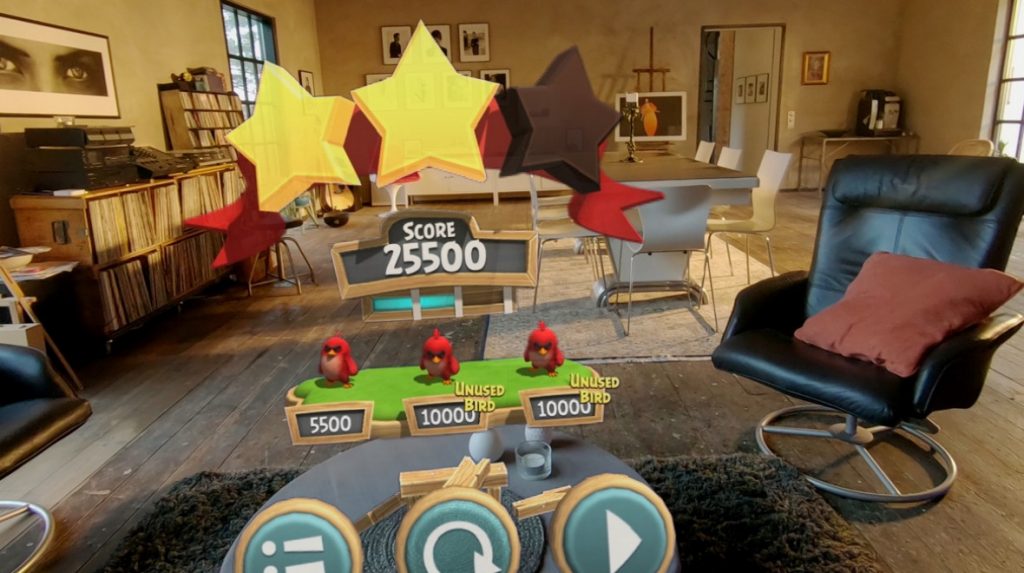 Things are looking bright for the future of the Angry Birds brand. Aside from its success as a brand, the game will also appear on one of the most forward-looking devices on the market, the Magic Leap One.

According to the Finnish game development studio Rovio, who is proudly standing as the creators of the game, the game was first unveiled early last month through the One which is the first commercially available and mixed-reality headset from the Florida-based startup Magic Leap. So far, this gadget has amassed more than $2 billion in funding and according to many, is the future of media.

Taking Our The Nefarious Green Pigs Has Never Been So Exciting (And Real!)

In a nutshell, players will have to wear their virtual reality headsets and take out nefarious green pigs with a set of colorful anthropomorphic birds and a slingshot – in any room, office or outdoor setup!

The result of this is a remarkably intuitive game with high-fidelity and an all-around impressive display for Rovio’s first move in the AR industry. Many of the stages can be replayed (so you can improve your score) and there are a few neat features that bring up the realism of the AR effect.

For all interested in buying the Magic Leap One and playing Angry Birds, the device costs $2,295 and has only been shipping in the US for about a month. The game won’t be accessible right away but will come soon on the marketplace as the technology evolves.