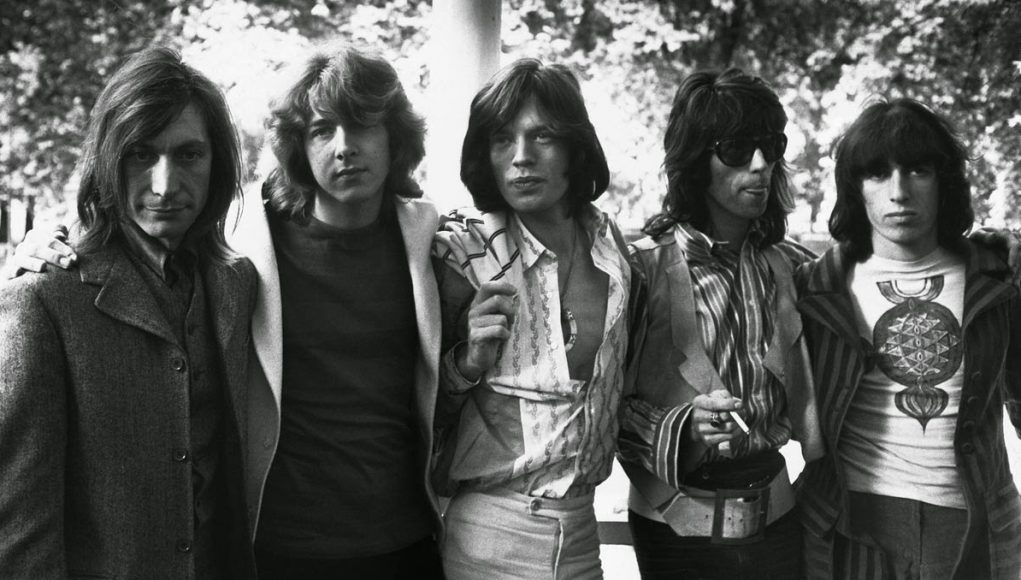 Get Off My Lawn: BEST BEFORE

Rock stars are like professional athletes- besides the endurance and talent it takes to succeed in their chosen profession, many stay in the game long past their ‘best before’ dates. Football players, boxers, baseball players, all vowing to bow out at the top of their game… only to come back for one last hurrah because they miss the crowds, the applause, the adulation. Without that, they don’t know who they are or what to do with themselves. I think The Beatles did it right, calling it quits in 1970 after just 7 years of releasing records. Same with Led Zeppelin, retiring in 1980 after the death of drummer John Bonham, when they could have (and did consider) getting someone else behind the kit and carrying on. For both of these bands their legacies will remain forever intact.

2019 is the year of the farewell tour with artists like Bob Seger and Elton John doing their final treks, and bands like Kiss too. Something I read from Aerosmith guitarist Joe Perry recently, about the band considering returning to the studio for a new album actually made me say “Who cares?!?” out loud, even though I like the band. How many bands and artists I enjoy are still out there doing it, arguably past their prime, when they should be at home cashing royalty cheques? Let’s consider some of them and when they would have been able to go out on top, shall we?

KISS: Their self-titled debut was released in 1974: their last and supposedly final studio record was 2012’s Monster. According to Wikipedia they’ve sold more than 75 million records worldwide. Bassist Gene Simmons just celebrated his 70th birthday so, given the athletic nature of their show, it’s time to hang it up. Even Paul Stanley has noted that, while he feels the songs on their last couple of albums are amongst their best, the fans don’t want to hear them. “Yeah, that’s great” they say, “now play Love Gun.” With heritage bands like Kiss, we want to hear the songs that remind us of our youth. For my first Kiss concert in Spokane in 1976 the tickets were just $8 and I was so excited I could have wet myself. The last show I saw, 2012 or 13 in Edmonton, tickets were $150 and I was so bored halfway through I wanted to leave.
THEIR LAST GREAT RECORD: 1983’s Lick It Up.

OZZY OSBOURNE: He came to fame as the lead singer of Black Sabbath (my favourite band of all time) in the 1970’s, then went on to arguably higher heights with his solo career after being fired in 1979. He has been plagued with health problems in recent years, cancelling the remainder of his 2019 concert schedule to recover from a fall at his house, or something. He can’t sing for shit these days, and some argue he never could. I saw him 3 times in recent years with Black Sabbath, on their “13” and “Farewell” tours, clutching the microphone stand like he could hardly stand and bellowing “Louder! I can’t fucking hear you!” when he wasn’t shuffling about like an old man which, at 71, he is. He’s released some decent albums in the new millennium, but nobody cares.
HIS LAST GREAT RECORD: 1991’s No More Tears

AEROSMITH: Their self titled debut came out in 1973… I was 15 at the time, and it was one of those records that everyone in high school had. Their latest album was 2012’s Music From Another Dimension, and good luck finding anyone that’s even heard of it. After the drug fuelled haze of the late 70’s/early 80’s they came back stronger, but by the late 90’s they were artistically depleted. I saw them on the Get A Grip tour in Vancouver.
THEIR LAST GREAT RECORD: 1993’s Get A Grip

BOSTON: They debuted in 1976 with an absolutely killer record. Boston has only released 6 studio albums, and the first three are the only ones worth listening to. Taking an absurd amount of time between albums their last two- Corporate America (2002) and Life, Love & Hope (2013) are frankly embarrassing, especially when compared to their first two. Don’t bother looking for them.
THEIR LAST GREAT RECORD: 1986’s Third Stage

JUDAS PRIEST: They debuted in 1974 with Rocka Rolla and it took them a few albums to really find themselves- a band could do that back in those days. I found them in 1978 with the album Hell Bent For Leather and have been a fan since. Their commercial breakthrough was 1982’s Screaming For Vengeance, their most popular album to date. Singer Rob Halford left for a solo career in the early 90’s, rejoining the band for the surprisingly tepid Angel Of Retribution in ’05. Several attempts since then to recapture their glory days have missed the mark, particularly the misguided Nostradamus concept album in 2008. I saw them in Edmonton a few months ago playing the concert bowl at Rogers Arena, and they couldn’t even fill that.
THEIR LAST GREAT RECORD: 1990’s Painkiller

THE ROLLING STONES: They started around the same time as The Beatles and are still going. Drummer Charlie Watts is now 78. Who knows when they’ll retire? Perhaps like the blues artists that inspired them to get together in the first place, they’ll keep playing until they drop. Studio albums have been thankfully sporadic in recent years, with 2005’s A Bigger Bang being their last record of original material. 2016’s record of blues covers Blue & Lonesome was well received, but I never really warmed up to it.
THEIR LAST GREAT RECORD: 1994’s Voodoo Lounge

RUSH: Yes I know they’ve retired, but they’re still worth consideration. I’ve been a fan since their 1974 debut, and marvelled at the intricate and occasionally heavy music over the years. As a drummer I admire Neil Peart, and as a writer too- I’ve read several of his books. I went off the band in the early to mid-80’s when they got too keyboard-y, but was back again by Presto in 1989. I’ve enjoyed most things they’ve done but found their final two albums Snakes & Arrows (07) and Clockwork Angels (12) almost impossible to get into, except for a song or two. Saw them in concert 7 times over the years.
THEIR LAST GREAT RECORD: 1993’s Counterparts

Well, that’s it for now. I’m not saying I haven’t enjoyed anything these bands have done in the latter stages of their careers, only that their best records are well behind them; and I like to think that most of them would agree. But, as Dennis Miller used to say, “Of course, that’s just my opinion… I could be wrong.” Now get off my lawn.