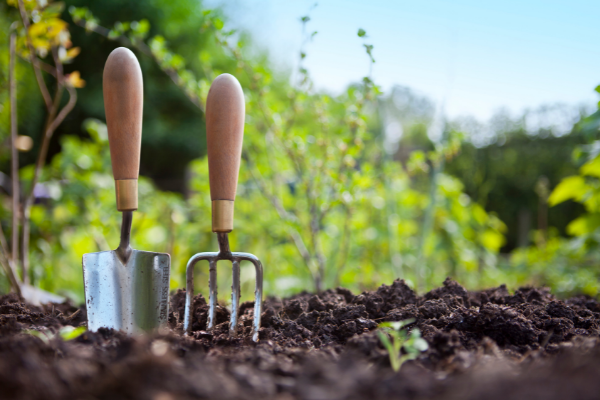 Family heirlooms and gifts cause anxiety and guilt

Despite the fact I’m male – I can actually multi-task. Perhaps not as well as Tez or other women, but pretty good for a guy.

I had to learn after the bar fridge arrived.

It’s in my hockey room. That’s right – ‘hockey room’. Better yet, said bar fridge (a.k.a. beer fridge) was free and came with a pedigree.

Mom gave it to us. Technically, Tez’s Mom gave it to us. Regardless, the bar fridge is in the basement rec room where my hockey memorabilia is strewed around like a little boy’s bedroom – and it seems quite appropriate. (Even if it does come with some pressure and expectations).

I find it amazing the various sacrifices one is often prone to endure in the effort to maintain tradition – and also to pay tribute to family members. For instance I spend several weeks every spring torn between two family traditions that honour my parents.

The first timeline tradition is making sure we (mostly Tez with me cheerleading) get our yard and garden prepared for planting by spending the month of May weeding, turning dirt, moving compost… Gardening is a healthy art form I learned from my mom. I recall the multiple hours spent together in the garden with Mom passing on her sage like wisdom about all things growing.

The second tradition I learned (mainly from dear old Dad) often clashes in timelines with the first one. By genetics and years of training I am now annually absorbed with the Stanley Cup playoffs. I learned from father all the necessary skills of watching hockey – controller in one hand, beverage in the other, a tilt proof TV table nearby, and the inherent ability to scream at inanimate objects such as a television screen.

The mere fact that these two important events take place at the same time tells me one of three possible things about God: God has a twisted sense of humour, God DOES want the male specie to learn how to multi-task, or God is not a hockey fan (we know he is big on gardens because of Eden – however we only suspect he loves hockey because otherwise … explain Bobby Orr or Conner McDavid).

So here’s my pending dilemma causing much consternation.

When Tez’s mom sold her long time home she downsized and passed on a few gems from her house. While Tez largely desired to scoop up a variety of weathered yet nostalgic garden ornaments, it was the bar fridge that intrigue moi. As we headed back home one of the last things Mom said to us that day was, “Enjoy the little bar fridge.”

Being the sensitive, intuitive fellow I am, I immediately felt the pressure of making sure the fridge not only arrived safe and carefully relocated to a secure spot in the home but also enjoyed.

However, time slipped by and I have failed Tez’s Mom.

The garden ornaments are in the yard – but the beer (err, bar) fridge remains alone in the corner of a dark, quiet rec-room while I struggle hard in the yard watching Tez work. It’s not right. The guilt and the pressure are mounting.

I’m feeling strongly compelled to simply have a cold beverage from that fridge while sitting down and watching a hockey game. Problem is the garden and yard keep joyfully getting in the way.

I’m torn between loyalties to my mom or my dad. I feel like I am letting down Tez’s parents, and likewise feeling conflict between my own passions. Which to do – pull dandelions or drink beer, plant beans and potatoes or cheer for the Oilers?

Several years back, I actually solved a similar dilemma by bringing a small portable TV out into the yard and playing the hockey game in the background while working in the soil. When a goal was scored I would check it out briefly and then return to the play-by-play in my potato patch. However, Teresa and I were only dating at that point and so the slick move was deemed ‘cute and creative’ back then. I’m not convinced it would go over so well now – especially if I also moved the bar fridge outside. Suffice to say I will have to obviously give up a bit of my beauty sleep to satisfy all my desires and fill my role as a responsible dedicated family man. I’ll have to get up earlier in the morning or attach a miner’s lamp to a baseball hat and work outside in the garden late at night after the games are over.

As bit of a sacrifice however either plan might work.

The bonus is Tez won’t be able to get real upset with me because by sitting down and enjoying the bar fridge and helping it feel welcome in its new home I am really just ‘taking one for the team’ and honouring her parents.

Can’t say I’m not a team player, not to mention loyal, accountable and family focused.

Could you pass me the clicker – and a cold beer?