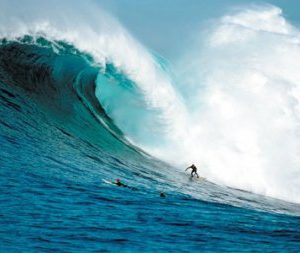 Living organisms are a product of their environment, reacting and responding to external influences and, in the case of humans, how we feel about what’s going on. Biology 101.

During the war citizens were conscripted in one way or another, either enlisted in the military or by helping on the home-front, cutting-back on the essentials, and conserving and producing resources to aid the war effort. After the war, close to a million soldiers came back home with a renewed sense of what it was to be Canadian. They married, started families, and they, with the help of expansionist government monetary policies, started an unprecedented period of spending and growth.  By the mid-1950’s Canada was one of the most resource rich and strongest economies on the planet. Thirty years later, in the early eighties, the country was mired in debt, consumers were declaring bankruptcy in record numbers, and the country was in the grip of a brutal recession.

Why? Because, true to Keynesian economics, our economy fluctuates through periods of growth and flux. These periods of expansion and retraction are influenced by monetary policy.

The latest economic phase or shift happened around 2000. The anthem, “cheap money”, became the industry watchword and was infused into the vocabulary of economists and bankers. Everyone bought in, leveraging their assets with credit and borrowing to buy vehicles, real estate and even borrowing to re-invest.

Two things happened. With the influx of leveraged cash, demand pushed up the value of goods and assets, and the spending power of money went down. Why? Because every dollar minted has debt attached to it to the degree of existing debt in an economy. In turn more money has to be made to counter inflation and to service the spiraling debt load. In turn the value of the dollar goes down and people are not able to afford the lifestyles they’ve become accustomed to re; service their own debt. Add to the mix the fact that all of this upward pressure will likely result in higher interest rates; suddenly the cost of servicing debt goes up exponentially and, for example, what was previously a $900 per month mortgage payment now becomes $1400 per month or higher. The situation is a fragile one.

“When too much money is chasing too few goods, inflation is the inevitable outcome,” says Thorsten Polleit, Chief German Economist at Barclays Capital. A drastic increase in money being poured into asset based markets puts the same kind of pressure on the value of money – driving up inflation and decreasing the spending power of a hard earned dollar. “There is no means of avoiding the final collapse of a boom brought about by credit expansion.” In a leveraged economy trickle down theory is essentially reversed and the power of wealth is expropriated from the consumer.

Case in point: Like any business, Credit Companies, or, the financial services industry – as Alan Greenspan calls them – notably in his speech of April 2005, when he lauded policy makers and service providers for making credit services available even to those with limited means – are always trying to reinvent themselves, to find new ways of turning a profit.

In a recent ad campaign, certain credit companies focused on the elderly, enticing them with quick cash via reverse mortgages targeting existing equity in real estate. The justification for targeting this market segment was that, in many cases our aged population are the ones most affected by the rising cost of living. What does this mean for those that buy into the scheme? For the elderly – say sixty plus – who are looking at transitioning into retirement, plans that offer short term cash to relieve short term needs are leveraged against the equity in their homes, in many cases siphoning off what little they may have to leave behind for their families.

The other present target market segment – students and young adults who, in many cases, treat the available credit or loans as free cash, do not truly realize the implications until many years later when they get out of university and have fifty or a hundred thousand dollars in debt hanging over their heads: this even before they mortgage a home or buy a car.

Many Canadians are presently spending more than they bring in and find themselves having to borrow to pay off their debt. As their equity is drained, and their ability to earn cash and be a contributing member of society is compromised, the less commercial lending institutions will have to do with them. These are often the same companies (banks) that take the money, and, in a sense, create the problem, now leaving behind an economic waste land littered the empty shell of consumers at the bottom of the food chain.

This is a burden put upon the whole of society. We all become equally responsible for carrying the burden of this massive debt load which seems only to be growing and is not in fact held in by the checks in balances that Mills, Durkheim, and Keynes asserted would be in place to ensure the health of the economy.

The economic system works on the principle that people will respond to whatever circumstances they are faced with in a predictable manner. Hence the biology 101 refresher. We need to get out of the cycle by shifting our thinking around how we manage our money. Sounds relatively simple, but the reality is for every dollar of debt, two must be earned to get into the black.

The trick then for consumers is to know how to insulate against the fallout. Plan ahead and be proactive while they are waiting for policy makers to come up with a plan.

Ten simple things you can do to stave off debt:

Travel less when possible – look for vacations closer to home

Talk to your money advisor to find a healthy, system friendly medium of saving, paying down and investment. Essentially,  own more of the money you have.

Save for the future – no matter whether its five dollars a week or five hundred – experts say the very act of saving money is proactive and can lead to positive change in the way consumers manage their money.

The problem, experts say, is not not having enough, but being smart with what we have. Most Canadians are spending more than they make. Prepare a monthly budget and stick to it. Set obtainable goals and reward yourself when you’ve reached your goals.

Build a savings account for emergencies. Unplanned expenses are a major reason most people borrow money.

Save for retirement. This will mitigate having to borrow against any equity you do have in your golden years.

Teach your children to avoid debt and to build wealth

Perhaps one of the greatest legacies of our grandparents: avoid the idea of instant gratification. Plan your purchases.