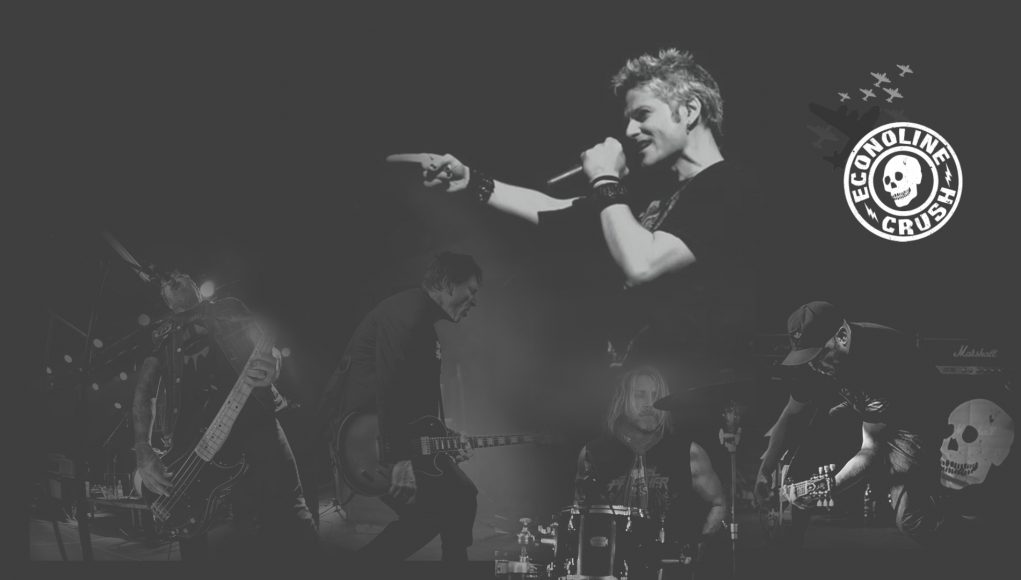 Crushing it in Kelowna

Econoline Crush is no stranger to Kelowna.

“It’s such a beautiful part of Canada,” he tells Gonzo Okanagan. “I wish I could in another life live there.”

The band toured through Kelowna at that time, when they were really on a roll, even outshining their headliners.

“When a band first starts to take off there’s this energy that’s just beyond. Your fans are rabid. You can just feel it,” he says. “It was a great feeling to know that at that point we were just on fire.”

The band went on to release The Devil You Know (which went Platinum), Brand New History (which hit No. 17 on the Canadian chart) and Ignite.

Hurst also remembers an early afternoon show Econoline played in the early days of Prospera Place that solidified his opinion of Kelowna as a wild audience.

“I looked over at Ziggy and all of a sudden he was just playing all these wrong notes,” laughs Hurst. “I was like ‘Keep it together Zig; holy crap, it’s 4 o’clock— Kelowna goes off early!”

Hurst and Sigmund will be back in Kelowna June 14 for the second annual Gonzookanagan.com Music Industry Golf Tournament and Festival at Sunset Ranch Golf Club.

They’re opening for Big Sugar, and Hurst says he’d looking forward to catching up with Big Sugar singer Gordie Johnson. “He’s just one of these guys who is so cool. When I’m hanging out with him, I like it. I look forward to seeing him and his band play,” says Hurst.

A lot has changed in Hurst’s life since the wild days of rocking out all over the world and dominating mainstream radio with singles such as All That You Are, Sparkle & Shine and You Don’t Know What It’s Like.

Hurst is a dad now, balancing family life with music.

“It’s been a crazy cool kind of ride,” he reflects. “But I was thinking this music thing is becoming a little dodgy, I’d better get some education in case something goes sideways.”

He took a pause from Econoline to go to Brandon University and become a psychiatric nurse, graduating in 2015.

He said the transition into university was jarring, but he was generally anonymous among his classmates. People didn’t put it together for a while that he was a rocker, he says.

For three years now, he’s been providing home care for a small First Nations community in rural Manitoba, only kilometres from where he grew up.

When not working with the indigenous community that has grown dear to him or being a family man to his wife and children, Hurst is in the studio recording on a few different projects, including new Econoline Crush music.

“We have a ton of material that we’re recording,” he says.

The event is in support of MusiCounts, a Canadian music education charity that improves access to music education for youth by offering instrument grants to schools and communities.

“Music is the sharing of tradition. It’s part of our culture. It’s sharing of values in the songs. Music is magical,” he says.

“This is what I love about those opportunities as a musician to get behind something that’s a good cause and at the same time it’s like a win-win because you get to go have some fun and play your music. I mean what more do you want, it’s not like we’re lifting bales and stacking them up.”

Econoline Crush plays a second show at 10 p.m. during the after-party at the OK Corral Cabaret. Tickets are $15 in advance and $20 at the door.

“I loved after shows because everybody’s all revved up and wanting to burn off some steam so that second show’s just going to be a ripper,” he says.