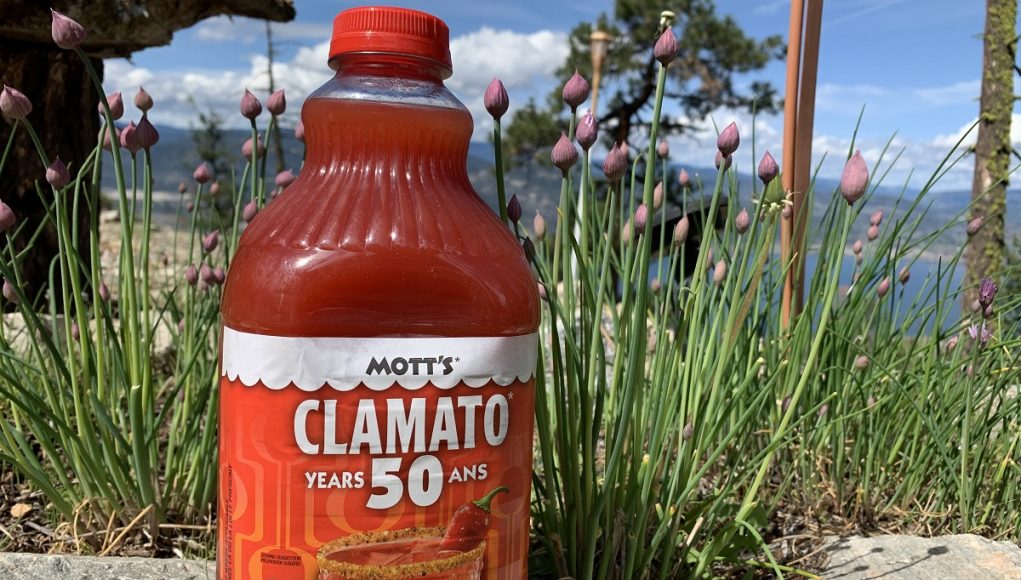 Cheers to Caesar – the Cocktail – on its 50th Anniversary

Celebrate #NationalCaesarDay today (May 16th) for the 50th Anniversary of Canada’s iconic cocktail. Born in Calgary, Alberta at the then Calgary Inn (now the Westin) in 1969 as brainchild of restaurant manager Walter Chell, the Caesar has grown in popularity.

As Canadians have travelled the world, the Caesar once known only in Canada has gained popularity. It’d be a pretty poor bar if it wasn’t in the back pocket of bartenders in hot spots like Las Vegas, Miami, New York City, Seattle, Los Angeles, San Diego, Orlando, Chicago, San Francisco, Los Cabos, London, Glasgow, Edinburgh, Puerto Vallarta, Cancun, Turks and Caicos, cruise ships, and the list goes on.

Chell based his inspiration on spaghetti vongole – pasta with clams – when he was creating the cocktail list for the Calgary Inn’s new Marco’s Italian restaurant. While his was not the first cocktail to use clam juice as a base, it was certainly the most delicious. It was a matter of synchronicity that Mott’s happened to be working on a new tomato and clam juice (Clamato) at the time.

The classic recipe by Chell required the rimming of the glass with a celery salt mixture and now Mott’s has created the Clamato Rimmer to save you some steps. The garnish included a lime or lemon wedge squeezed into the glass at the end and a celery stalk preferably with great foliage. Today the sky is the limit for garnishes: You may see a fresh clam, an asparagus spear, pickled carrot stick, hot pepper, bacon, and yes, even a min hamburger or slider! Chell dampened the top of a highball glass with citrus, turned the glass upside down into a dish of his celery salt concoction to rim it and then filled it with ice cubes. He then added an ounce of Vodka, a couple dashes of Tabasco Hot Sauce, about a teaspoon of Worcestershire Sauce, four ounces of Clamato, then stirred it well, sprinkled a bit of pepper and salt, squeezed the lime wedge and dropped it in and presented it with the celery stalk garnish.

Some like it hot (Yes, I like it hot.) and others not so much so naturally the recipe has evolved and you can find all sorts of creative takes on it. Mott’s itself added variations to The Original such as Extra Spicy, The Works, Pickled Bean and Lime. For some ideas, you can check out Mott’s website: www.mottsclamato.ca under the ‘Recipes’ tab.

In 2009, Parliament officially declared the Caesar as “Canada’s Official Cocktail” – no doubt inspired by a poll that year indicating an estimated 350 million-plus downed annually. Today that number is estimated over 407 million. Still, outside of Canada, you might have to confirm you mean the drink rather than a Caesar Salad. The cocktail is very similar to a Bloody Mary so if you happen to hit that sheltered mixologist that hasn’t heard of it, you can simply ask for a Blood Mary BUT with Clamato rather than Tomato juice.

It hasn’t hurt the Caesar’s popularity that Clamato has become known as a hangover cure. Who wouldn’t want “the hair of the dog that bit you” to be that tasty?

As noted, Mott’s has experimented with its Clamato formula over the years and other contenders have come on board. Walter Craft Caesar Mix based in Vancouver is named to honour Chell and was an evolution of some important food developments and local movement. It is all-natural, certified Ocean Wise, and gluten-free.

In Chicago, there’s Uncle Dougie’s. Hail Yeah! Caesar, which is organic certified, gluten-free and has no preservatives, no chemicals, no GMOs, and has less salt.

These are a few of the companies that have hopped on board, and of course, there are versions by President’s Choice, Great Value, Bremner’s and more. Plus, you know it has gone mainstream when beer companies like Budweiser and Sol offer premixed beer and Clamato.

Celebrated each year on the Thursday before the May long weekend, #NationalCaesarDay is a fine day to salute ‘Canada’s Official Cocktail’. Ask for one at your favourite bar, make one at home or drop into Okanagan Spirits Craft Distillery from 10 to 6 pm, May 16, to have one with locally crafted artisan Vodka.

Join me to raise your glass to Caesar on its 50th Anniversary!