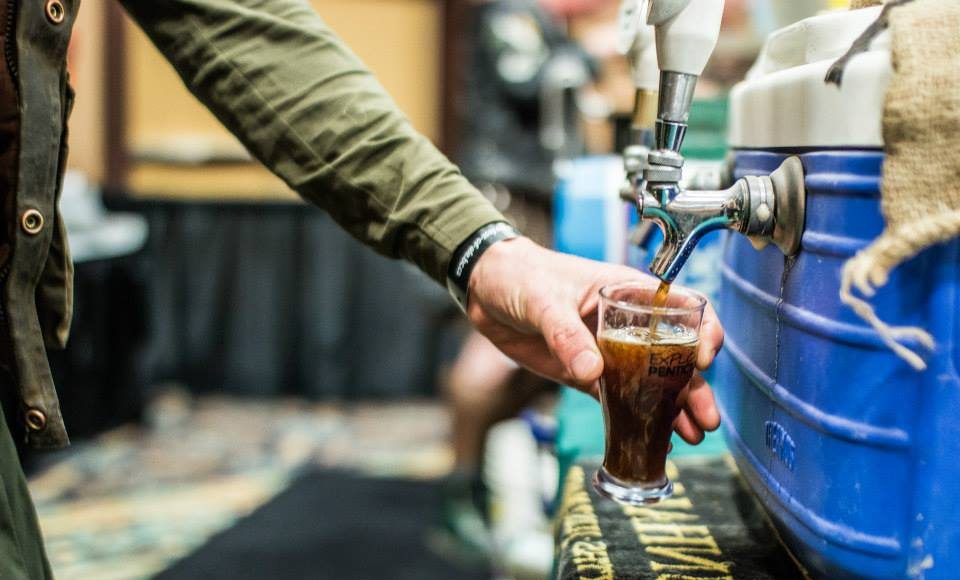 It’s only a week away until the best beer festival in B.C.

Exercise that beer elbow and get your growler ready for the must-attend 24th annual Okanagan Fest of Ale on Saturday, April 12 and Sunday, April 13.

Fest of Ale, taking place inside and outside the Penticton Trade & Convention Centre, features over 200 craft beers and ciders from 75 exceptional BC based craft breweries, with many local brews to taste.

The Fest of Ale is truly the kick-off event to spring – drawing thousands wanting to come out of hibernation and welcome patio season by trying the latest lagers, porters, IPAs and fruit ales.

In fact, this festival is so coveted, the organizers had to expand the outdoor tasting area to accommodate a few more brewers and beer enthusiasts.

“We had a waiting list of breweries that wanted to participate, so we decided to move our outdoor tasting area to a bigger location,” said John Cruickshank, Okanagan Fest of Ale Society President.

A record breaking 75 breweries are participating, including 19 new to the event and eight craft cideries.

“The list of participants is incredible and includes breweries who have been attending since the very first festival, and some highly anticipated new breweries attending for the first time. The lineup of beers and ciders being offered is outstanding with a great mix of core favourites,new releases, collaborations, cask ales and experimental brews to try,” said Cruickshank.

Cannery Brewing is so excited about the festival that they created an “exbeerimental” fruit sour they are calling ‘Ogopogo’s Blood,’ with passionfruit, guava and mango. They will also be pouring their Trick Pilsner, their summery Sunblink Berry Sour and The Muse & the Golden Promise.

Bad Tattoo Brewery has paired up with Neighbourhood Brewing to create a beer called 2 Doors Down. Locals Barley Mill, Dominion Cider and BNA Brewing in Kelowna are just a few of the many crafters representing the Okanagan.

IPAs were all the rage a few years ago, and now fruit sours and hazy ales are gaining momentum but it will be interesting to see which types of craft beer and cider turn out the favourites at the fest.

A word to the wise is to wear comfy shoes so you can stand around to taste more varieties.

While the Okanagan is known as wine country, last year, Penticton was named second best beer town in Canada, behind Vancouver. Expedia came up with the nod to Penticton. But with more breweries coming to town and the notoriety of the Fest of Ale, Vancouver is getting some fierce competition for top beer town.

When you find some new favourites at this year’s event, the crew from Clancy’s Liquor Store will be onsite for tasty take-aways at their pop-up liquor shop. Plus, the Canadian Craft Tours team will be on hand to collect your vote for People’s Choice Best Beer, Cider and Food as well as your top picks for Best Label.

On the entertainment front, DJ Nathan Shakes will be spinning tunes in between sets from an eclectic mix of talented performers. Hungry guests can choose from 13 different and delicious onsite vendors while festival goers with a thirst for knowledge can drop by the brewing education station.

A number of craft themed events are taking place around town including “Every Beer Has a Story” a fun-filled educational seminar, hosted by The Thirsty Writer, Joe Wiebe at Bad Tattoo Brewing; Strange Brews for you to savour at Craft Corner Kitchen; “Songs of Karaoke” at the Barley Mill Brew Pub; “Walk the Plank – Murderers Row Cask Event” at the Kettle Valley Station Pub; the “Hair of the Dog” buffet brunch at the Barking Parrot; and celebrate the end of the festivities on Sunday evening as you relax and wind down with some free live music at Cannery Brewing with Justin Koshman.

Not only is Fest of Ale a fun time, every time, it also raises funds for local charities. Since its inception, $697,660 in net proceeds has been gifted back to qualifying registered charities and other not-for-profit societies.

Tickets to the event are available online at www.ValleyFirstTix.com. Single day admission $29; two-day weekend pass $49. For more information on #FestofAle 2019 & other events around town, visit www.FestofAle.ca.