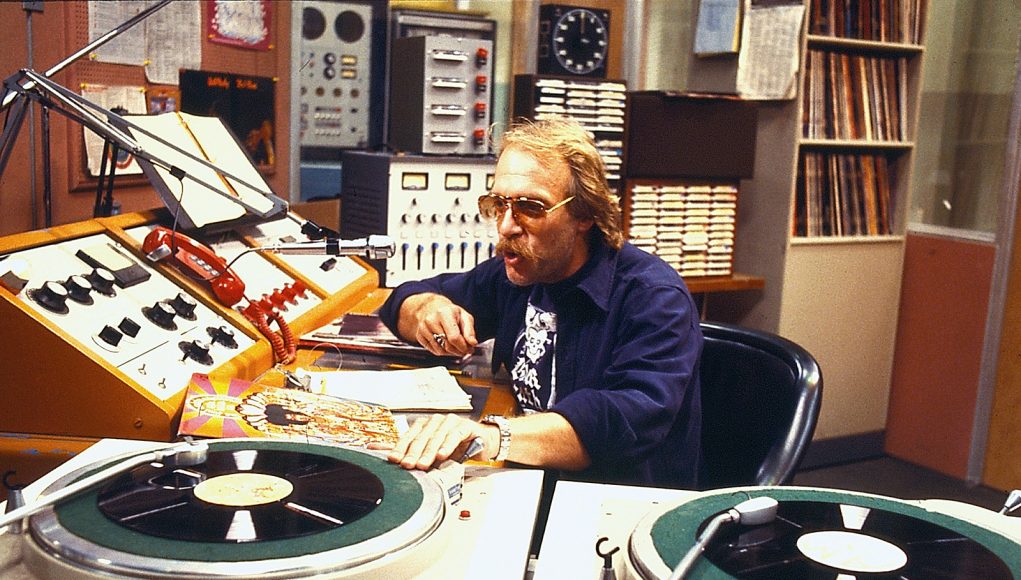 A part of my youth died Sunday when actor Howard Hesseman passed away at the age of 81.

His most famous role was as morning DJ Johnny Fever on the sit-com “WKRP In Cincinnati.” The series ran from 1978 to 1982, just as my radio career was beginning.

Created by Hugh Wilson, the man behind the Police Academy movies and a former ad executive at a top 40 radio station, WKRP came from his experiences in radio. The character of Johnny Fever was based on a guy he knew in Atlanta named Skinny Bobby Harper. “He was the morning guy, so (he) had to get up at four in the morning to get in there… but he also liked being in the bars at night.”

For the pilot episode, he told Hesseman to “play it like you’re sleepwalking because you should be asleep by eight, but eight is just when you’re going out.” Howard took his advice and nailed the character, a former ‘boss jock’ from L.A. fired for saying “booger” on the air.

WKRP was such an inspiration to those of us in radio. At every station I worked at in the 80’s we would figure out who was the Les Nessman, Johnny Fever, Venus Flytrap and Herb Tarlek, with station managers being ‘The Big Guy’ and program directors being Andy Travis by default. It was a thrill to see a well written show about the world we inhabited, and it would surprise non-radio types to know how true to life many of the stories were. Watch the show – you’ll see why so many of us loved radio.

Howard Hesseman and his cast mates are so much more than those characters they played 40-odd years ago. They went on to other roles on stage, television and movies with varying degrees of success, but the popularity of WKRP at the time, then in syndication and now on DVD (the entire four season run is available as a box set from Shout Factory) left them typecast in those iconic roles. Gary Sandy (Andy Travis) has had a successful stage career, Loni Anderson has done movies, and Hesseman was in movies like 1971’s Billy Jack and, post-WKRP, enjoyed success in series like “Head Of The Class,” even playing a radio station manager on “That 70’s Show.” But the conversation always turns to WKRP, whose orbit none of them have been able to completely escape.

I hope the actors have been able to take some pride in the fact that they created characters so likeable and compelling that, even all these years later, people still talk about them as if the show was still on the air.

In my own way, I understand the problem. After a decade or so on the air, I switched to writing for a few years, and was pretty damn good at it, too. When I wanted to be a deejay again, I was only seen as a writer. Oh sure, I did occasional relief shifts, but from ’92 to the end of my radio career in 2016, I was merely a writer.

Maybe it’s my age (soon to be 64), but Howard Hesseman’s passing hit me hard. Doctor Johnny Fever leaving the planet is a stark reminder that world of radio I once loved so much is also gone.

Other celebrity deaths over the years have been hard for me too: Sam Kinison (1992) and George Carlin (2008) remain two of my favourite comedians, and Robin Williams’ suicide in 2014 was agony – I’m only just now able to watch his movies again.

Howard Hesseman played a deejay, someone I wanted to be like, and maybe that’s why this one hurts so much. The world keeps turning and life goes on, but there’s a Howard sized hole in the world tonight. I used to fantasize about meeting him one day, perhaps strolling down the street in LA, and just say one word – “thanks.”