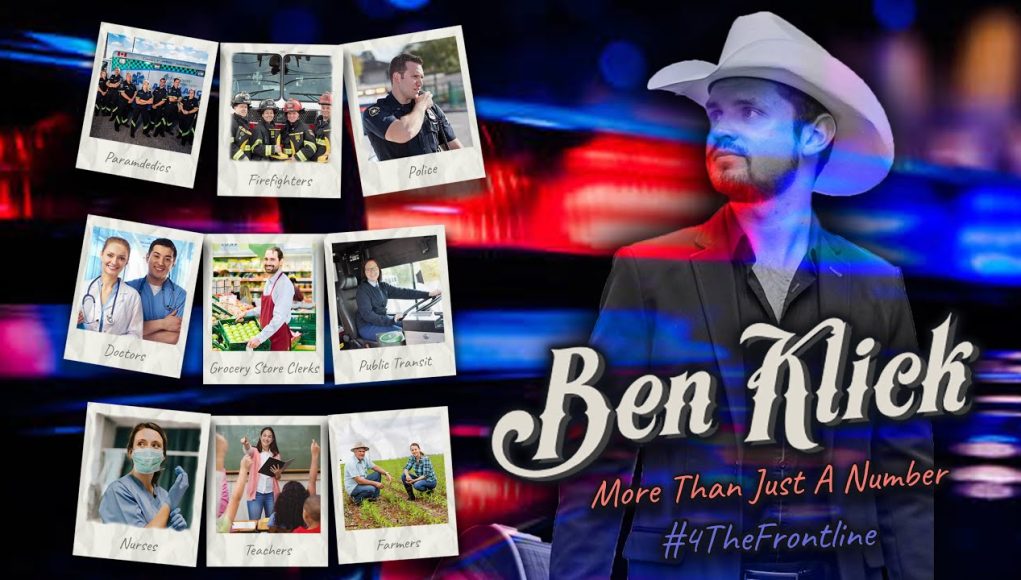 #4TheFrontline – More Than Just A Number

BCCMA and international award-winning recording artist, Ben Klick, has released a song from his debut full-length album “More Than Just A Number.”

The song was originally penned in honour of Klick’s grandfathers who’s regimental number “18436” starts the lyric of the track. Over the course of COVID-19 and being an artist from the Okanagan in British Columbia, the song has taken on a whole new meaning.

Klick, known as “The Country Music Gentleman”, got together with IVA Productions to put together a video in support of frontline workers and first responders.

“With everything that has happened over the last two years with the pandemic, floods, and wildfires, as well as having several family members and friends around me who work as first responders and frontline workers daily, they have seen and been through a lot. Every day they save lives and work to support everyone around them. To me, they’re heroes. And I want to do something heading into the holiday season in support of them.” states Klick.

The song, “More Than Just A Number”, was co-penned by Klick in Nashville with award-winning songwriter, Steve Dean, and Canadian Country Music songwriter, RyLee Madison. Featuring a full string section, Klick’s virtuoso acoustic guitar playing, and CMA Award winning musicians on the track, the song not only gives a glimpse into Klick’s life and family, but is being dedicated to those frontline workers and first responders across the country and around the world.

You can support by streaming the song and sharing the video using the hashtag #4TheFrontline.