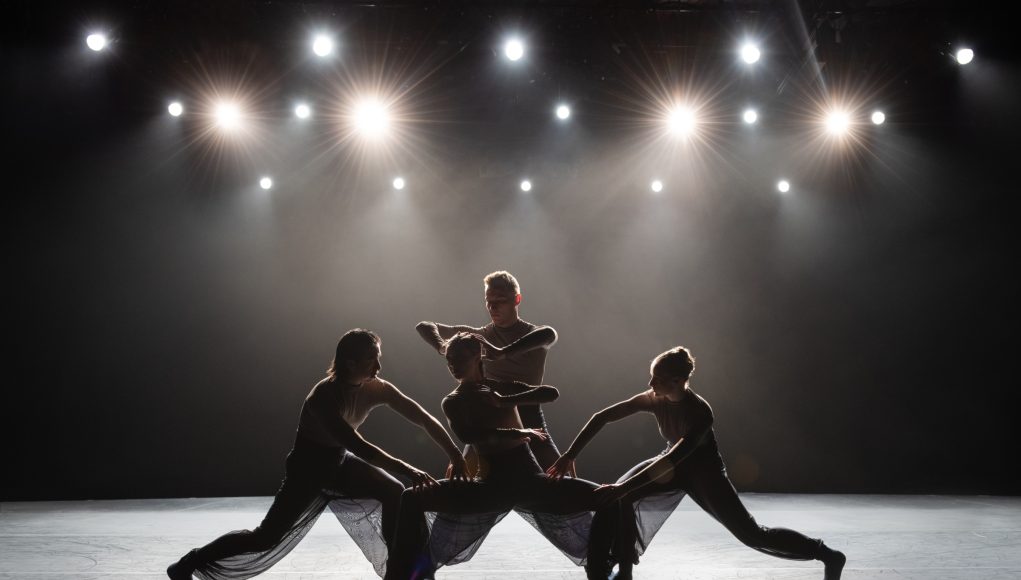 A diverse collection of four short works from some of Canada’s most exciting, up-and-coming choreographers, Reflections offers audiences a powerful mix of thought-provoking world premieres and returning audience favourites.

The reflective program includes two new commissions: Cameron Fraser-Monroe’s poignant ʔɛmaxwiygə [ehmaxweega] and the contemplative (INNER) Beings from Esie Mensah – as well as the remounting of the vigorous Split House Geometric from John Alleyne and the eloquent Stolen Tide from Ballet Kelowna’s own dancer Seiji Suzuki. “As we move into the winter season – a time for quiet reflection and hopeful beginnings – Ballet Kelowna is delighted to present an evening of stimulating contemplation through our moving mixed program Reflections,” says Simone Orlando, Artistic Director and CEO of Ballet Kelowna. “It is our great privilege to provide a platform for Canada’s emerging choreographers – two of whom are also dancing with Ballet Kelowna this season: Cameron Fraser-Monroe and Seiji Suzuki – to explore their choreographic visions, reflecting on universal themes of love, loss, and compassion through their individual world-sense and personal experiences. Together, with John Alleyne’s precision-perfect work, Split House Geometric, audiences will be treated to a gorgeous evening of contemporary dance that promises to stir all of the senses.”

The evening’s program opens with the world premiere of ʔɛmaxwiygə [ehmaxweega] from Ballet Kelowna’s 2022/23 Artist in Residence Cameron Fraser-Monroe, who explores the world-sense behind the Ayajuthem word ʔɛmaxwiygə [ehmaxweega] to portray a family’s journey of love and optimism following the passing of a loved one. There is no “goodbye,” only “until we meet again.” The piece is set to Yo-Yo Ma and Jeremy Dutcher’s resonant Honor Song, and dedicated to the late Tla’amin Elder Vern Pielle. Multifaceted Canadian artist Esie Mensah will make her Ballet Kelowna debut with the world premiere of (INNER) Beings, inspired by the emotional baggage and inner dialogue that lives within all of us. Mensah’s contemporary piece follows two people on their journey of adversity to face the trauma and triggers accumulated throughout their lives, in the hopes of overcoming these inner wounds. A dancer, choreographer, director, educator and public speaker, Mensah is known for her Dora-nominated production Shades and short film TESSEL, where she speaks to issues of shadism and of movement and voice as a form of resilience, from the lens of the black community.

Ballet Kelowna will restage Split House Geometric for the first time since 2016. Originally choreographed in 1989/90 for The National Ballet of Canada by renowned choreographer John Alleyne, the dynamic work set to Arvo Pärt’s Fratres presents poetic moments of pure contemporary ballet juxtaposed with staccato movements with bodies creating geometric shapes to brilliant effect. Following his appointment as First Soloist and Resident Choreographer with The National Ballet of Canada in the 1980s, Alleyne was appointed Artistic Director of Ballet BC in 1992 where he remained until 2009.

Seiji Suzuki’s Stolen Tide, set to classical works by Johannes Brahms, will make its in-person premiere as part of Ballet Kelowna’s Reflections mixed program. The work was first performed as part of the Company’s virtual program in 2021. Inspired by pandemic-induced isolation, the touching work is an entreaty to cherish every moment spent with family, friends, and partners. The fast-paced opening movement, defined by conflict and discord, gives way to compassion and empathy in the eloquent second movement. Currently in his sixth season with Ballet Kelowna, Suzuki was commissioned to create two works for Ballet Kelowna during the 2020/21 digital season.

Tickets and information at balletkelowna.ca